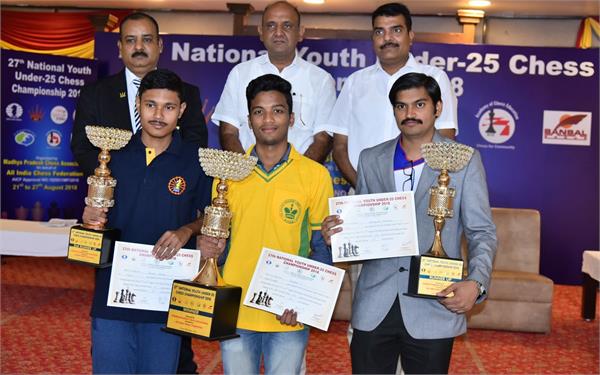 Y. Grahesh of Andhra Pradesh won the gold medal in 27th National Youth Under 25 Chess Championship which was held at Hotel Kanta Shravan Palace, Bhel, Bhopal from 21 to 27th August 2018. The championship was organised by Madhya Pradesh Chess Association on behalf of the All India Chess Federation. A total of 86 chess players from across India participated in the event.

Niranjan Navalgund from Belagavi emerged as runners-up. He won seven games, drew one game and lost one to Grahesh.  Both scored 7.5 points, with Grahesh winning six and drawing three of the nine-round event. While  Baivab Mishra of Odisha seized the third spot with 7.0/9 points.