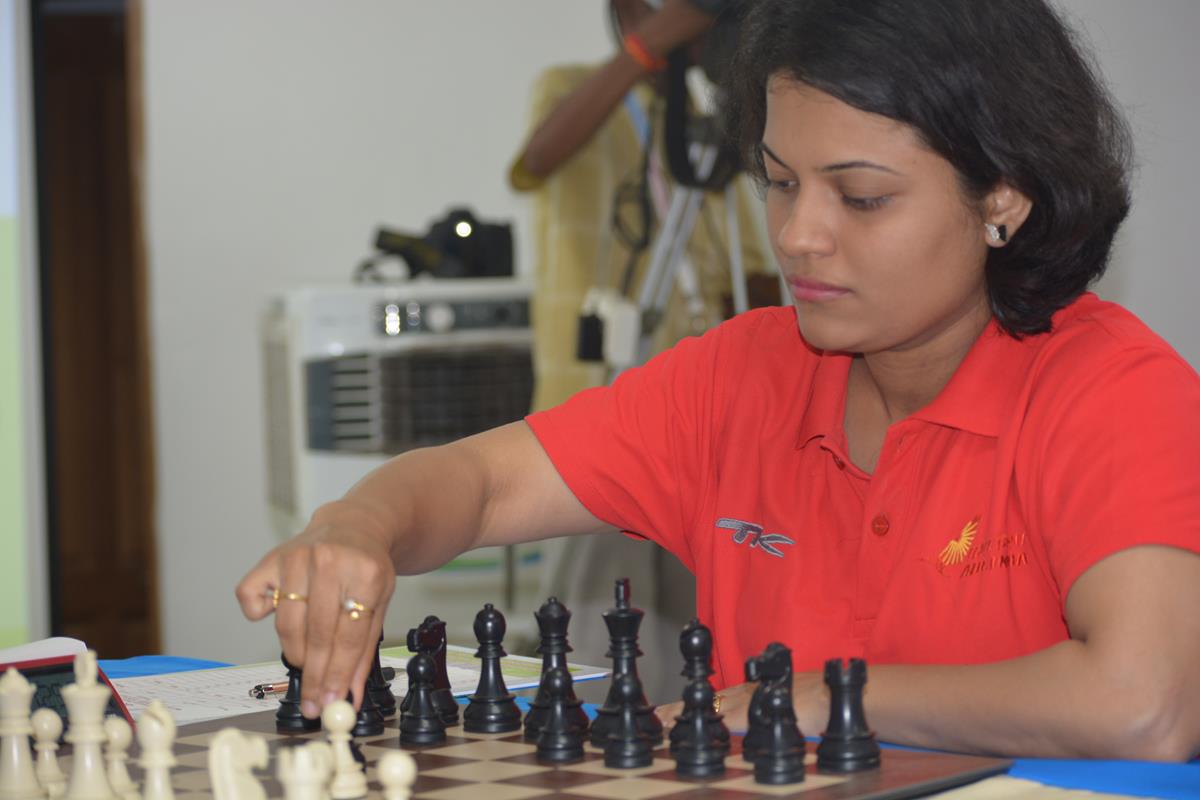 Defending champion Bhakti Kulkarni of Air India is cruising through to defend her title with another superlative performance in the eighth round to maintain the sole lead with seven and a half points in the 46th National Women Chess Championship here at Chettinad Public School.

Bhakti was a class act on Wednesday morning with her black pieces against Tamilnadu Women International Master Nandhidhaa PV in a Scandinavian Defence game. The game was looking equal till the thirtieth move but when the opportunity was provided by her opponent, Bhakti grabbed it with both hands to seal the match in 39 moves.

Meanwhile, Vantika Agrawal of Delhi maintained her second spot in the point table with seven points after beating Michelle Catherina of Tamilnadu in just 24 moves. Playing black side of Queen’s Gambit decline variation, Michelle miscalculated a bishop sacrifice on the eighteenth move which paved way for an easy victory for the Delhi teenager. With six and a half points in the kitty, Air India’s Women Grandmaster Meenakshi S moved to lone third spot. In the eighth round battle, Meenakshi got better off Pratyusha Bodda of Andhra Pradesh.

With three rounds remaining, Bhakti takes on Meenakshi while Vantika and Divya paired against K Priyanka and Mrudul respectively in the ninth round on Thursday.