Tata Steel Chess India Rapid & Blitz is back in its third edition in 2021. This is the first international over-the-board tournament being held in India since the pandemic. The tournament has been a game-changer since its inaugural edition in 2018. That year, GM Hikaru Nakamura won the Rapid while home town favourite GM Viswanathan Anand won the Blitz. World Champion Magnus Carlsen was crowned the winner of the 2019 Tata Steel Chess India Rapid and Blitz.

The elite Grandmasters who will be seen in action at Kolkata this year are Levon Aronian, Le Quang Liem, Sam Shankland, Vidit Gujrathi, Adhiban Baskaran and Harika Dronavalli, among others. Leading India’s young brigade are Nihal Sarin, R. Praggnanandhaa, Karthikeyan Murali, D. Gukesh, Raunak Sadhwani, Arjun Erigaisi and R. Vaishali – all rising stars on the international chess scene. This is the first time that women players are participating in the tournament. 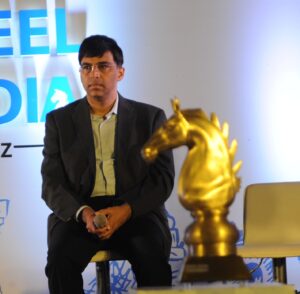 The other tournament-first for this edition is having five-time World Champion Viswanathan Anand on board as the Ambassador of the tournament as well as the mentor to the younger players. His presence at the tournament is a source of inspiration for all players.

Mr Chanakya Chaudhary, Vice President, Corporate Services, Tata Steel, said: “Tata Steel has a long-standing association with chess. We intend to make Tata Steel Chess India a world-class and highly sought-after professional chess event in the years to come. Kolkata has been the nerve centre of chess and we are happy to bring back the biggest chess tournament of the country to the city. We hope that this tournament will inspire many more people to take up chess in India. We are particularly happy that Viswanathan Anand has joined us this year as the Tournament Ambassador and look forward to strengthening this event as we go ahead.”