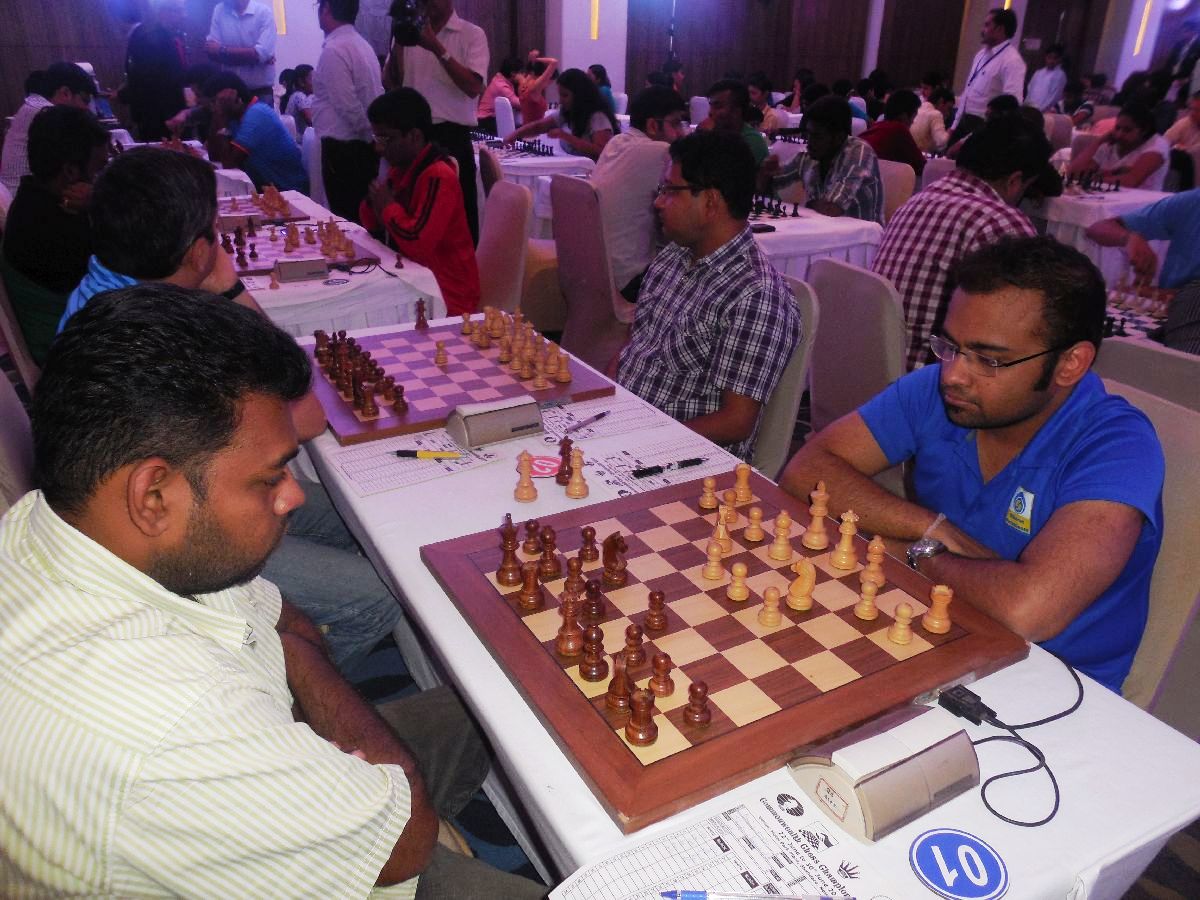 Abhijeet Gupta stays ahead
By Gopakumar 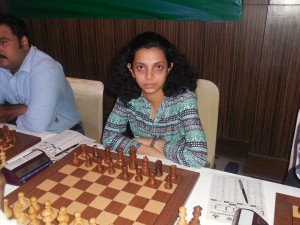 Grandmaster and former champion Abhijeet Gupta inched closer to regaining the Commonwealth Chess Championship after settling for a quick draw with fellow Grandmaster Deepan Chakkravarthy in the eighth and penultimate round that concluded here.

With 7.5 points from eight rounds, Gupta is a half point ahead of nearest contender Arghyadip Das who accounted for Grandmaster Abhijit Kunte.

It turned out to be a rather dull day in the championship with many drawn results. However most of the games were hard-fought. Grandmaster M R Lalith Babu, International Master S Ravi Teja, former national champion G Akash are all having 6.5 points each but the surprise packet in this score group is Siva Mahadevan who continued with his impressive run and downed IM K Rathnakaran.

Lalith Babu had his task cut out against C R G Krishna and the former champion prevailed with his white pieces. Akash defeated Grandmaster Sahaj Grover in another upset result for the latter in the championship. In another interesting game, Ravi Teja drew with S L Narayanan.

For the Women medal the battle heated up on expected lines as S Vijayalakshmi and her sister S Meenakshi scored their fifth victory on the trot in the championship to reach six points apiece. This score now is enough to match early-leader Padmini Rout who played out a draw in this round.

While Rout, Vijayalakshmi and Meenakshi remain the front runners for the three medals, International Master Tania Sachdev also got in to a catch-up mode at the expense of talented youngster Ivana Maria Furtado. Tania moved to 5.5 points with her third straight win in the championship.