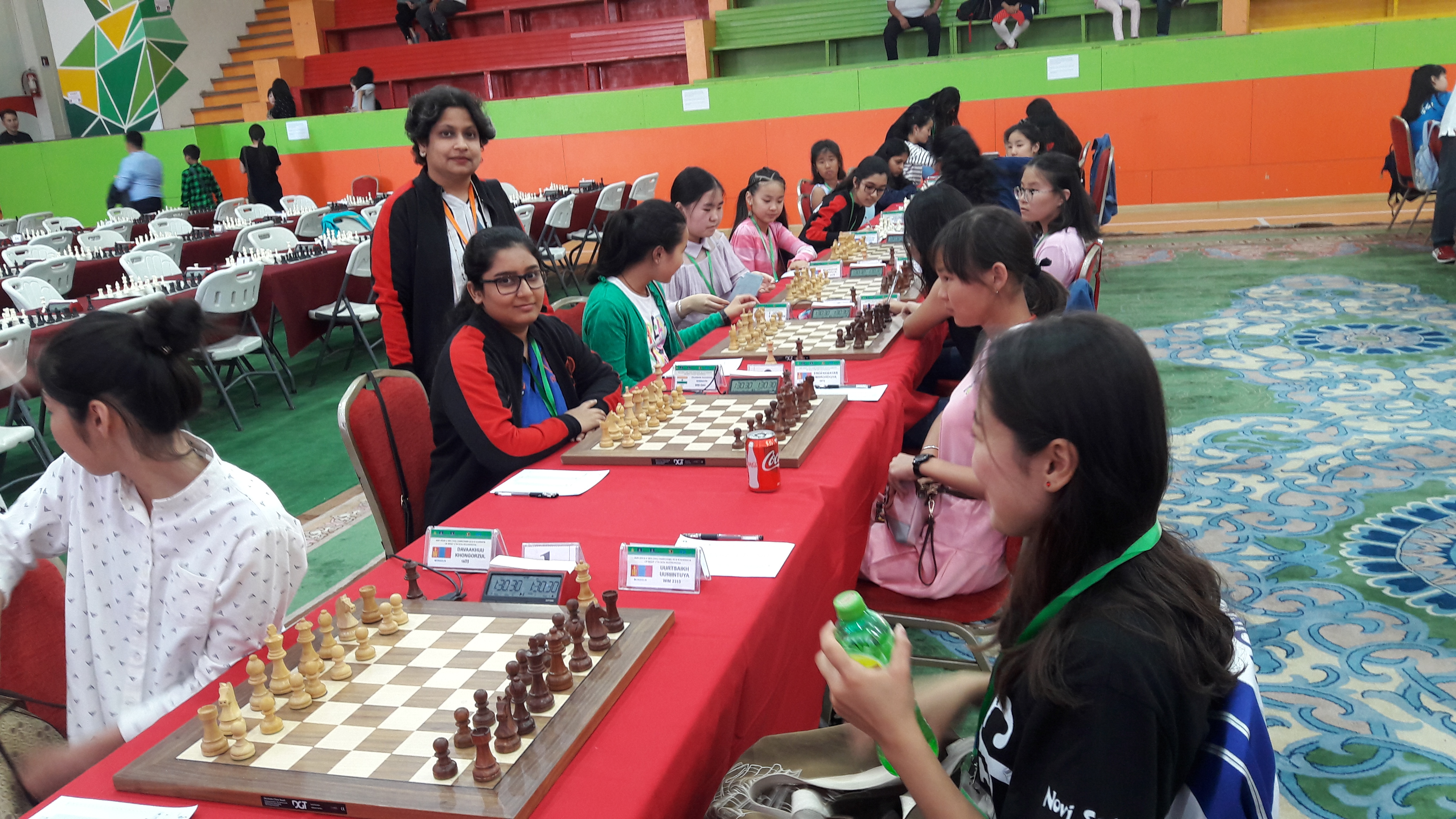 The Indian team were off to a flying start in the Asian Junior Open and Girls Chess Championship which commenced on Sunday at the historical venue – Central Palace of Culture of Mongolian Trade Union in Ulaanbataar.

In the girls event, while all the six girls won convincingly, the lone Indian in the fray IM N. Krishna Teja was held to a draw by lower seeded local youngster Amilal Munkdalai.

In the Girls Section, second-seeded and in form WIM Aakanksha Hagawane after clinching the Bronze medal in the Rapid event held earlier, played the white side of Sicilian Najdorf, outplayed her Mongolian opponent Margadgua Erdenebayar to emerge one pawn up in the middle game. She complicated the game by sacrificing an exchange and won it back later to emerge one pawn up in the resulting rook ending. Displaying flawlessly technique, she wrapped up the point after a long battle.

Priyamvada Karamcheti was the first Indian to win by scoring a quick victory against the Grand Prix attack opted by Amartuvshin Narasolongo of Mongolia. Priyamvada neutralised the threats to steer the game into a superior Knight against a bad Bishop in an equal ending which resulted in her favour.

Sakshi Chitlange played a positional game while facing the Kings Indian Defence from Enkhbolor Nyamdavaa and outplayed her to win the vital a5 pawn. She gradually exchanged pieces and the extra ‘a’ passer decided the issue in her favour.

C.H.Meghna played the French defence and had to face the exchange variation from her Korean rival Khanyl Chuluuntuya. Meghna went for a fierce mating attack which could not be defended and her opponent lost lot of material before succumbing to the pressure.

Bidar Rutambara got the better of Enkhsaran Batsaikhan of Mongolia after a long battle. Rutambara opened with 1.d4 and the game transposed into Queens Gambit Accepted. Thought the position was level, the inexperienced Mongolian player blundered a piece in the middle game and it was just a matter of routine for Rutumbara to win the game, though her opponent was stretching a hopeless position. 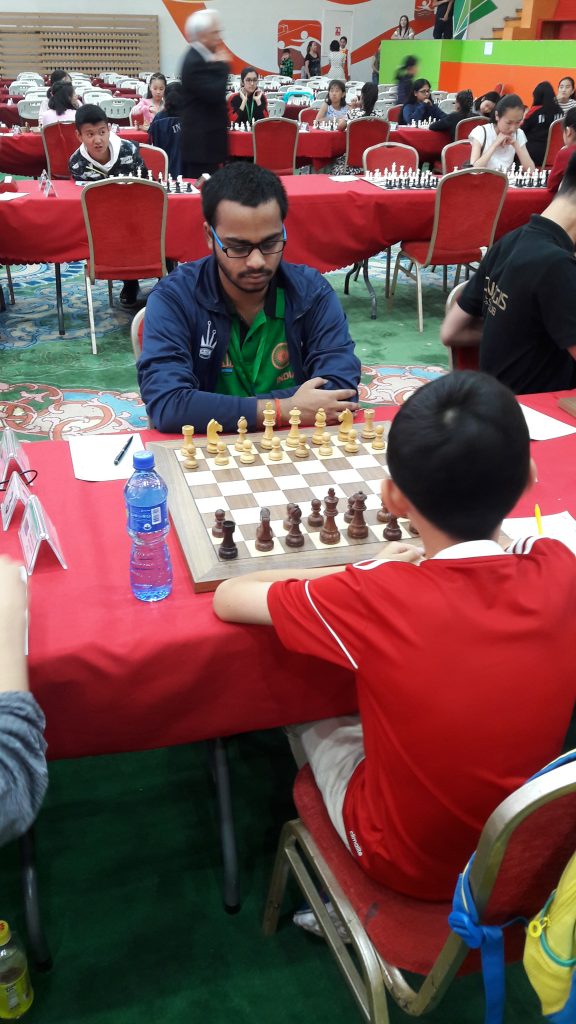 In the Open event, IM N. Krishna Teja opted for the Catalan set up with white against Amilal Munkdalai of Mongolia. He traded queens and converted to a Rook and minor piece ending with a microscopic edge. However, he was not able to make headway as the local youngster defended doggedly to hold the game.

GM S.S.Ganguly, who had just completed playing an invitation event in Mongolia visited the venue, to wish luck to the Indian contingent.