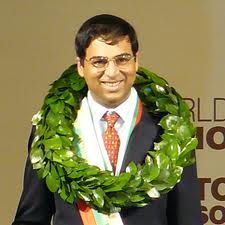 Being An Underdog Helps In A Match
by Arvind Aaron

One year after the Chennai World Championship Match 2013, another match comes up for the world chess title. This time it is for the same two players. The difference is that Viswanathan Anand is now the challenger and Magnus Carlsen is the champion. This feeling and that the neutral venue will make a certain difference.

Last time, Anand prepared well but allowed the match to take its own course. Many quick early draws helped Carlsen to come out of the feeling that he was a young debutant and started to think of winning the match. “I did not get a grip on the match,” said the Chennai born champion.

This time, a year later, Anand, 1969-born should have learnt to cover his bases in endgame and make opening choices that will put his Norwegian opponent in a soup right from the word go.

Last year, Houdini was the sought after engine to analyse these top flight games. Now, Komodo8 has also come to analyse along with other stronger engines like Rybka4. Anand should have certainly had plenty of endgame sessions, apart from his opening input.

Last time, Anand invested himself in openings and people. Carlsen managed to sidestep the opening lines. Anand’s strength or forte, the understanding of openings never was felt in the earlier match. This time, the Indian might have allocated his time differently.

Different in the sense, may be a higher portion of endings, same kind of middlegames with more complex positions and lesser openings. Openings focus should be something on how to exploit less popular lines.

Once these are in place, he will now have to find the suitable trainers for each arena. For the psychological effect may be even add Caruana and Kramnik. Being the ‘nice guy’ in world chess, Anand has the flexibility of using services of almost anybody he likes or is comfortable with.

A positive approach and belief that he can win the match is more important than the extent of training and preparation. The fact that twelve games will be played is all like the previous match. With the scores level at 0-0, Anand needs to think that he is three down and up his risk level in all white games.

Sochi is a new venue for both players. Russia will witness a closer and fiercer match than the one at Chennai last year. Also, for Anand, considered an underdog in the match the going will be different from last year.

Anand has never played two matches in equal conditions (means excludes Karpov match 1998) with the same person with the exception of Gata Kamsky. And against Kamsky he lost at home and won at a neutral venue!