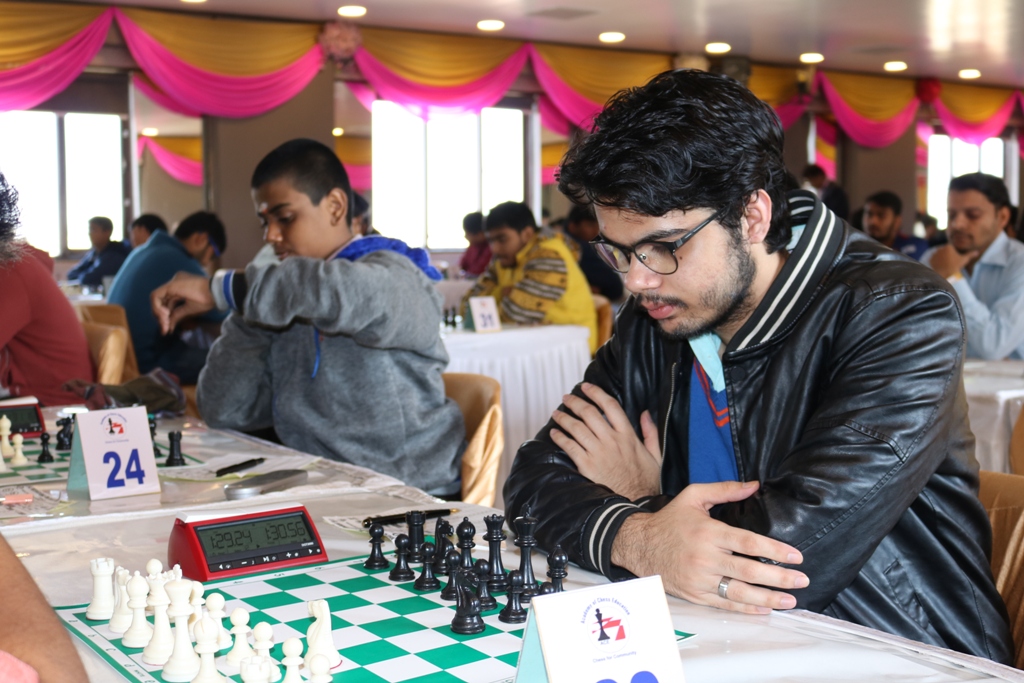 The results of the eighth round in the Grand Master International Open Bhopal, the first of the Indian Grand Master Circuit retreated everything. Timur, who had a half point lead,  was defeated by Vietnamese Grand Master Tran Tuan Minh, Girish Koushik of India & Rozum Ivan of Russia have now come on a joint edge with 7 points.

This changed the overall dynamics of the tournament. FIDE Master Ankit has an international rating of 2284, while David’s rating is 2571. This victory against a player with 300 points above his rating is the biggest hit of his sporting life.

Talking about the game, Ankit started the game with King Pawn opening, playing with white pieces, and David responded by using Sicilian Taimanov Variation. In the 9th move of the game when David’s king was on the center of the board, Ankit first sacrificed his Bishop & then sacrificed his Knight and Rook to make David’s king vulnerable to mating threats. Like yesterday’s match against Timur, David couldn’t defend his King properly which resulted in his defeat in just 26 moves.

By the way, the biggest news of all time, top seed and American world record holder Grand Master Timur Gareyev suffered a huge defeat in a very exciting match, he faced the defeat against Vietnam’s GM Tran Tuan Minh. 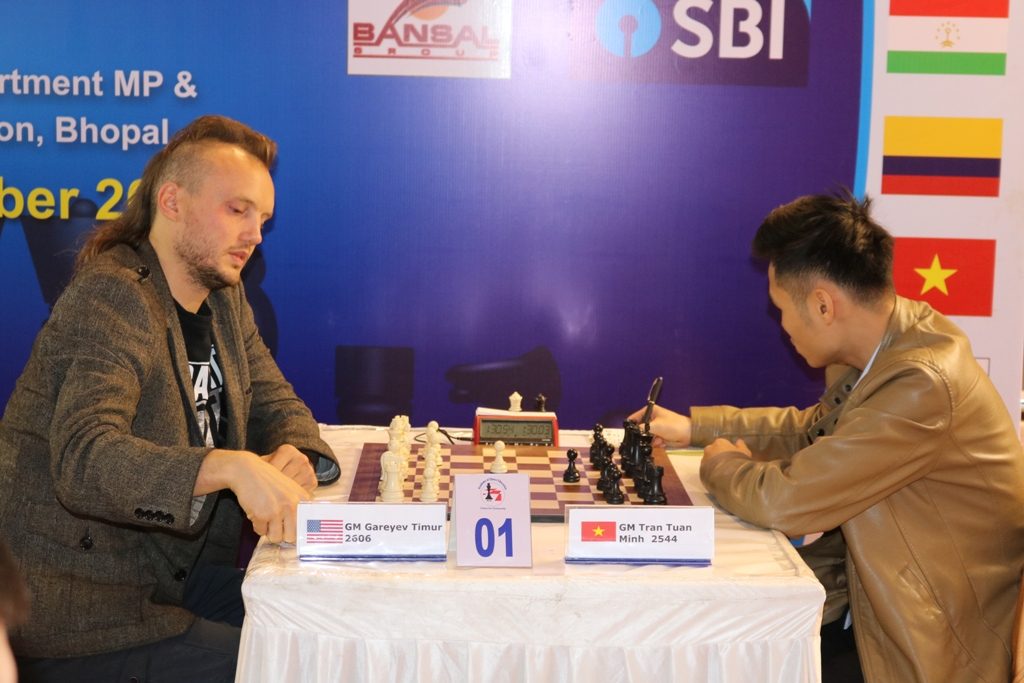 The match was played in Queens Indian Opening and there were many such instances in the game where the match was equal. At an endgame of Rook vs three pawn and a lot of time pressure Timur, who showed some spectacular matches so far, had to contend with his defeat.

After the result of round eight, Vietnam’s Tran Tuan Minh and Rozum Ivan of Russia are now on a joint edge with 7 points. While 10 players have moved to the second spot by making 6.5 points, this includes GM Timur Gareyev of America, IM Khushenkhojaev of Tajikistan, IM Duc Hoa from Vietnam, IM Rahul Sangma from India, GM Himanshu Sharma, FM Ankit Gajwa, Gukesh D, GM Adam Tukhaev of Ukraine, Li Tian of Malaysia, and the well-known turkish GM Suat Atalik.

In the next round, Vietnam’s Tran Tuan Minh, and Rozum Ivan of Russia, will be playing together against each other, and if that match resulted in a draw, the fight for the Tournament’s title would be open for all the other players who are just below these two.