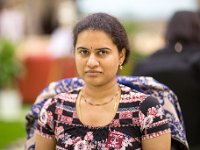 Dronavalli Harika moved into sole lead with two points after two rounds in the FIDE Grand Prix final leg at Sharjah in the United Arab Emirates on August 26, 2014.

Harika who overcame Nafisa Muminova of Uzbekistan by winning a pawn and then a knight moved to two points from as many games. Nine rounds remain to be played in this 12-player all-play-all.

The top finisher in this Grand Prix series will challenge Hou Yifan for the world women’s title in the third quarter of 2015. As of now, Humpy is leading the Grand Prix by five points.

India had a good day as both Koneru Humpy and Harika won on a single day. Humpy pinned and won a bishop to defeat Alina L’Ami with the white pieces. Humpy’s early recovery should be good news for Indian fans. 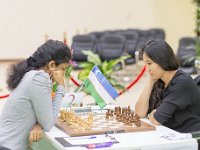 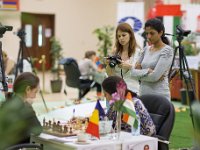 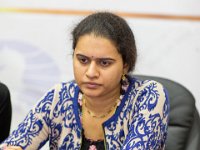 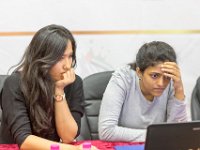