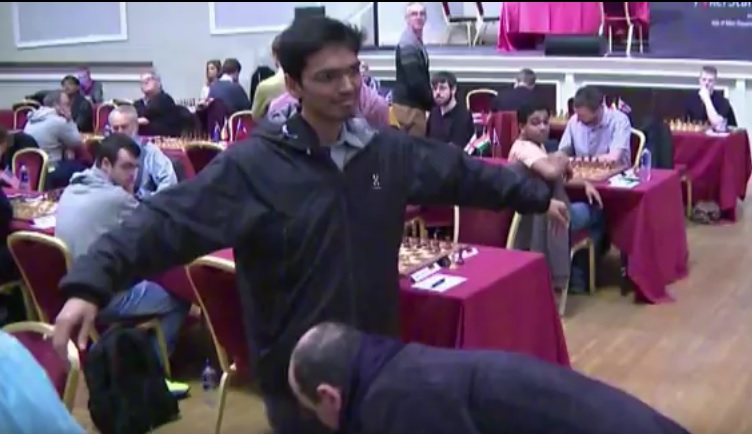 Eighth seed Pentala Harikrishna of India defeated Alexander Riazantsev of Russia in a long minor piece ending to be among the four leaders on full score in the FIDE Grand Prix at Geneva in Switzerland.

In the second round, Harikrishna faces Michael Adams of England with the white pieces. The three other leaders after round one include Teimour Radjabov (Aze), Pavel Eljanov (Ukr) and Adams.

Harikrishna played the Nimzo-Indian defence with the black pieces. Riazantsev responded with the Classical Variation. On move 64, the Russian ceded the centre pawn and Harikrishna seized the initiative. With a bishop, knight and extra pawn, the Indian won the minor pieces ending against two bishops after 83 long moves.

This event is a colourful all Grand Master 18-player event from 11 nations. Eight rounds remain to be played and it concludes on July 15, 2017