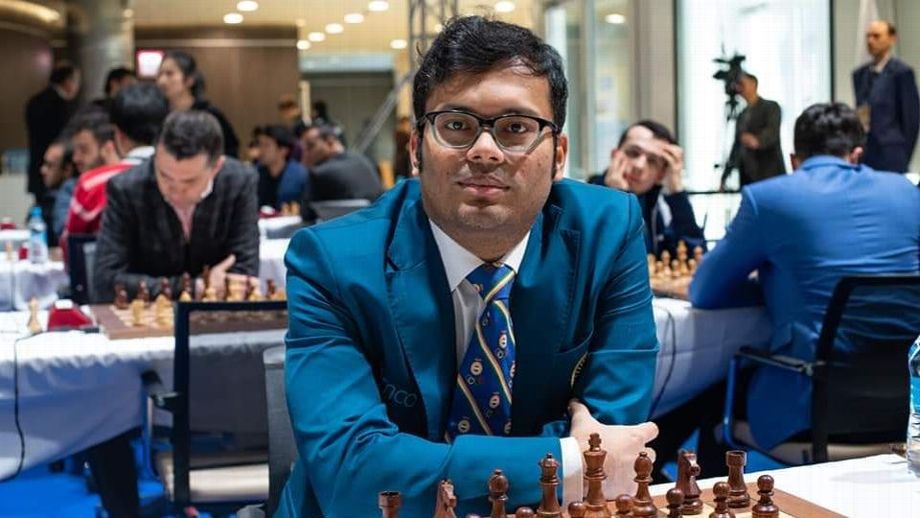 Grandmaster Surya Shekhar Ganguly played some remarkable chess to win the Belt and Road China Hunan International tournament at Tongguanyao, a few days ago. The 36-year-old Grandmaster from West Bengal, who started out as the 15th seed, finished with seven points from nine rounds to triumph at what is one of the richest chess events around.

We caught up with him in an exclusive interview.

World Teams and now Hunan Open this year. How did you manage to reach that flow that helped you achieve 2850+ performance rating results?

I think in both the events I was in a good state of mind. Happy and calm. In China, physically, I was not well at all but as far as mental state was concerned I was doing totally fine.

How did the transitioning between second to a player go?

It has been a long time since I worked as a second. The experience was wonderful. I have learned a lot from Anand and by being in his team full of elite class players. Not just as a player but also as a person I got to learn so many things being surrounded with such great guys.

How should a young player manage using engines and the surge of information in recent times?

Use as little as possible would be my opinion but then everyone has their own method and it’s of utmost important to figure out what works best for you and go with that.

The role of coach/wife/other supporting people in his performance?

To have a team/support system is very important to get rid of all sorts of non-chess things out of mind. It helps a player just to focus on the chess part. Otherwise, half of the time is usually gone in order to deal with such things.

A lot of people struggle to come to terms with the Chinese style of playing. How did you manage to overcome that?

I think Asian styles are mostly similar. Being from Asia myself and having played so many tournaments in Asia I never had any issues as such to adapt to this style.

Can you tell us a bit more about your infamous game against Wei Yi? It’s clear that Black was caught in preparation, but can you shed us some light on why we might have chosen 9….Bc5?

I knew this 9…Bc5 loses for long back. I don’t remember when exactly I stumbled into it but definitely not in very recent times. It was a pleasant surprise that Wei Yi wasn’t aware of this and fell for it in a crucial game. The lines are so beautiful that it is very difficult to forget once you have seen it.

There has been quite a few games against Yu Yangyi recently. Can you shed some light on the choice of opening of going into Queen’s Gambit Declined instead of the Nimzo which you play more often?

It felt like I am playing Yu in literally every tournament! On this particular game, I didn’t expect he will allow Nimzo and I didn’t really prepare it. When he played 3.Nc3 I thought why not to bypass his preparation and play something that I play rarely. Hence QGD. I had this idea of going into the endgame with h6-Bh7. I misplayed at some point and got into worse position and then had to defend a long game.

Your performance in the last rounds has been very impressive throughout the years. The pressure of last round is something most people struggle with. Is there a way a young player can learn to develop the ability to handle this successfully? If so, how?

Well, it’s mixed actually. There are some events where I couldn’t give my best in the last round. Asian championship for instance where I needed a draw but lost to GM Le Quang (Vietnam) in the final round. Usually, I try not to think about the consequences of what will happen if I win or lose. Not that I can maintain it all but when I am able to maintain that I don’t think about result but just look at the position and make my next move I usually play better.