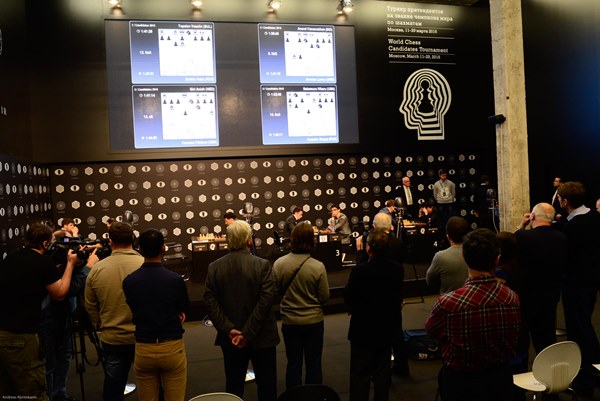 Sergey Karjakin of Russia beat Viswanathan Anand in round four to wrest sole lead in the FIDE World Championship Candidates Tournament in Moscow on March 15. Karjakin’s 43-move win with white moves him into lead with 3/4 points. Levon Aronian is on 2½ while Anand, Giri, Caruana and Svidler are on two points. Nakamura 1½ and Topalov 1 are further behind.

Significantly, Anand had not lost in Mexico 2007 and Khanty-Mansiysk 2014 when he won similar events. Anand faces Nakamura with white on March 16. Anand’s central pawns were targeted by Karjakin. Karjakin went on to win a rook and knight ending in 43 moves. Karjakin played the Reti opening and an early f5 from black gave white control over key squares.