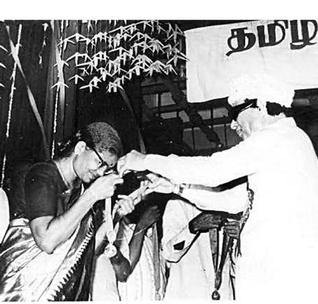 L.K. Ganga Bai Is No More
By Arvind Aaron

She was a retired school Headmistress and had been one of the early women chess players of the city. She won the Tamil Nadu State Women’s Championship three times in 1970, 1974 and 1977.

She played in several National Women’s championships including the one hosted in Madras for the first time in March 1979 at the Integral Coach Factory.

She remained a spinster and sacrificed her life for the sake of her brothers. Her brother L.K. Ramachandran was also a prominent chess players of the 1960s and 1970s.