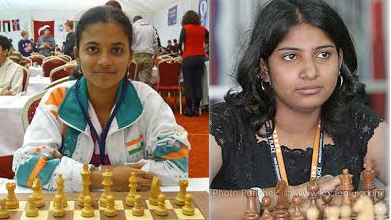 Top seed Mary Ann Gomes of Kolkata and Bhakti Kulkarni of Goa are leading with 2.5 points in the National Women’s Premier Chess Championship that is being played at Sangli in Maharashtra on Oct 27, 2014.

It is a 12-player all-play-all. This event runs from October 25 to November 5, 2014. Mary Ann Gomes is looking for her fourth title in a row. Six time champion S Vijayalakshmi is on two points from three games.