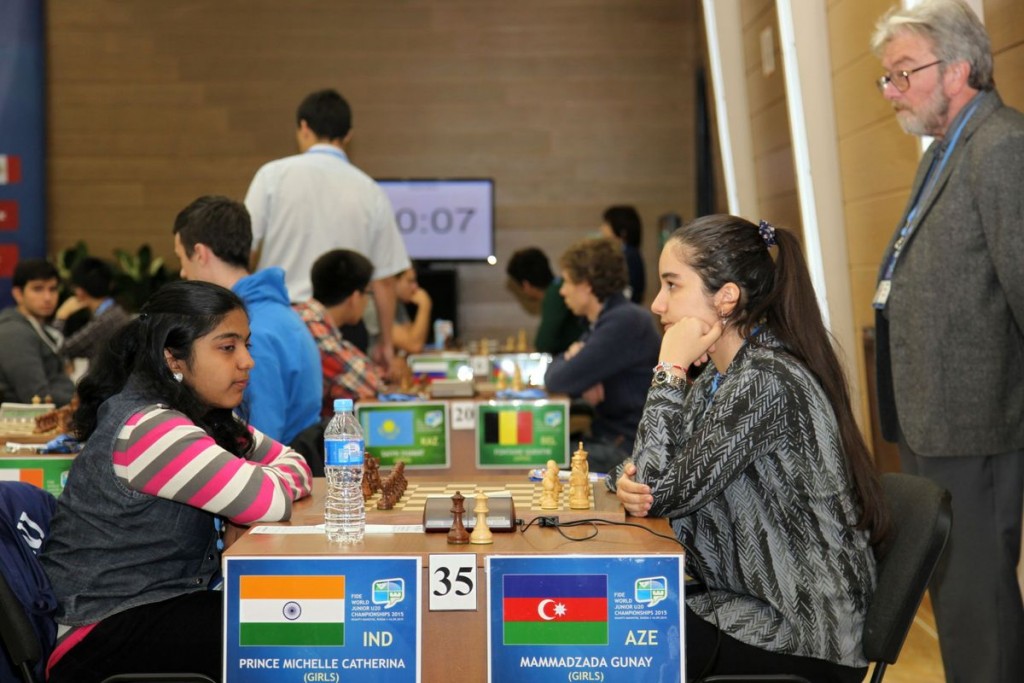 Michelle took her tally to a very respectable 3.5 points from five games played thus far and can train her sights for the Woman Grandmaster norm.

The other Indian girls did not have a good day. Highest rated Indian girl in the fray – B Pratyusha went down to Alexandra Makarenka of Russia, Armenian Susanna Gaboyan proved superior to J Saranya while lower down, G K Monnisha also went down fighting against Natallia Kusenkove of Belarus.

Following losses, Pratyusha remained on 2.5 points, Saranya on two and Monnisha on 1.5. In the remaining rounds, these girls have some catching-up to do. Kazakh girl Zhansaya Abdumalik is ruling the roost here with all-wins thus far.

In the open section being held simultaneously, Grandmaster Murali Karthikeyan played out a draw with Aryan Tari of Norway to reach three points out of a possible five. Double GM norm holder S L Narayanan however missed out on his chances to hold the draw with Jorden Van Foreest of Holland and lost a long-drawn endgame. Narayanan remained on three points.

International Master Shardul Gagare went a step ahead of his team mates beating higher ranked Alan Pichot of Argentina. With 3.5 points to back him, Gagare has vastly improved his chances for a GM norm here.

Among other Indians in the fray in the open section, G Akash recovered from a shaky start to beat Linus Johansson of Sweden while Harsha Bharthakoti lost to Arat Ufuk Sezen of Turkey.

Karen Grigoryan of Armenia is the sole leader here on 4.5 points. Eight more rounds remain in the championships that decide the best Under-20 player in the world.