The MPL National Under 11 Chess Championships 2022 were organised by District Chess Association Gurgaon at HSV Global School Gurgaon from 29th October to 6th November. A total of 429 boys (297) and girls (132) from more than 30 Indian states participated in the tournament. Rosh Jain of Delhi (2333) and Prishita Gupta (1556) also of Delhi were given the pride of honour in the seeding list. Delhi and Haryana contributed a maximum of 93 players put together in the open section alone. World under 8 girls champion A Charvi of Karnataka preferred to play in the open section.

Pyrotechnic display started in the first round (close to Diwali) itself, with Swaraj Jyoti Neog of Assam forced the top seed Rosh Jain rated more than thousand points above him, to split the point. Fifth seeded Aansh Nandan Nerurkar also had to give away half a point to Puneet Verma of Punjab. The second seeded Etahn Vaz, winner of six medals (including three gold) in the recent Asian Youth championships also had to shed half a point to  Mahir Taneja of Delhi in the second round. Lower rated Shravan Sriram of Tamil Nadu caused a mild upset by beating higher rated Vandan Alankar Sawai in this round. It was the turn of the third seed Syed Abdul Khader of Karnataka to lose half point to Atharv Soni of Maharashtra in the third round. Upcoming Md Reyan of Bihar had to go down to Sagnik Halder of West Bengal on the second board. Samrath Sreeni Waarier of Gujarat beat higher rated Nimay Agarwal of Haryana on the fifth board.

In the absence of the top five players on the top boards, sixth seeded Satvik Adiga of Karnataka continued his march by beating S Madheswaran of Pondicherry in the fourth round. Seventh seeded Javal Saurin Patel of Gujarat dashed the hopes of another Karnataka player Sarthak Sharma to stay in the front. BU Premshankar of Tamil Nadu continued his fine run by upstaging higher rated Badole Shaunak of Maharashtra. Ten players led with five points each at the end of the fourth round. Four players marched on with five consecutive victories at the end of the fifth round. Satvik Adiga of Karnataka, Jval Saurin Patel of Gujarat, K Adarsh and RS Pranav Sai Ram both from Tamil Nadu were the front runners.

All the four leaders drew their games allowing three more players Ethan Vaz, Aansh Nandan Nerurkar and Nihan Pohane both from Maharashtra to join the lead with 5.5 points apiece, after six rounds. The top seeded Ethan Vaz climbed up to the top board in the seventh round. Anyhow, he lost to Jval Saurin Patel of Gujarat, the latter scoring 6.5 points. He was joined Sathvik Adiga who defeated Premshankar of TN and Nihaan Pohane of Maharashtra who beat Niladri Bannerjee of WB. Jval continued his good form to beat Nihaan Pohane of Maharashtra to emerge sole leader, as the second board game between the co-leader Sathivik Adiga and Aansh Nandan ended in a draw. Aansh, Sathvik, Adarsh and Binu were trailing half a point behind Jval.

Jval Saurin Patel was unstoppable as he overcame the stiff resistance from Sathvik Adiga to record eight wins and a draw in nine games. Adarsh was the only player to follow him closely with eight points by beating Binu. The penultimate round victim of Javal Shaurin was Aansh Nandan Nerurkar and Adarsh also scored a win against Mali Shlok to set up the final round clash between each other. Ethan Vaz was the only player on the third spot with 8.5 points. On the final day, Javal Saurin Patel had a safe draw with Adarsh to assure of his title with ten points and a purse of Rs.80,000/-.Adarsh finished the tournament with a high note with the runner up position (9.5 points) and collected Rs.60,000/-. Ethan Vaz secured nine points to be the second runner up, winning Rs.48000/-.Five players tied for the fourth to eighth places and Nandan was placed fourth.

Things went on the expected lines in the first round for the girls. Priyanka Rajan of Kerala dealt a blow to the third seeded Hanya Shah of Gujarat in the second round. The top two boards of the third round ended in draws; the top seed Prishita Gupta drew with Saranya Devi Narahari of Telangana and Gorti Nyna of AP drew with Sandeepa Priyadarshini Sahoo of Odisha. The number of players leading at the end of the fourth round was reduced to four – Shreya Rajesh and Aadhya Ranganath of Karnataka, B Kirthika of Telangana and VC Nivedita of Tamil Nadu, as all of them scored facile wins over their respective opponents.

VC Nivedita emerged sole leader with full points by beating B Kirthika of Telangana at the end of the fifth round. The other two co-leaders and Karnataka team mates Shreya Rajesh and Aadya Ranganath drew their personal encounter. Nivedita extended her lead by a full point over her nearest rivals with a win over Karnataka’s Shreya Rajesh in the sixth round and she also has scored six consecutive victories. Six players are trailing behind with five points each. Aadya Jain of Delhi could not prevent Nivedita’s winning spree who had a score of 7.0/7. Gorli Nyna of AP and B Krithika of Telangana are behind her with six points each.

Gorli Nyna halted the winning spree of Nivedita by beating her and shared the lead with her with seven points each after seven rounds. Top seed Prishita Gupta came from behind to the second position with a telling blow to Kirthika. Vritika and Saranya also shared the second position with 6.5 points each. Gorli surged ahead as the lone leader after beating Saranya in the ninth round. Prishita also had a facile win over Rudra Rajeev of Karnataka to be the only player on the second position. Prishita and Gorli drew their tenth round encounter, but NIvedita won against Siddhi Rao to join the lead with Gorli with 8.5 points. Prishita was lagging behind by half a point.

Prishita Gupta played a splendid game in the final round to outwit Nivedita and won the coveted title for the girls, scoring nine points. Kirthika and Aditri Shome defeated Gorli and Shanmathi Sree respectively to make a five way tie for the second to fifth places. The Delhi girl Prishita won Rs.80000/- for her fine efforts and second placed Gorli Nyna received Rs.60000/-.

The championship was well organised by District Chess Association Gurgaon under the guidance of the organising secretary Rajpal Chauhan and Sri and AICF treasurer Sri Naresh Sharma. 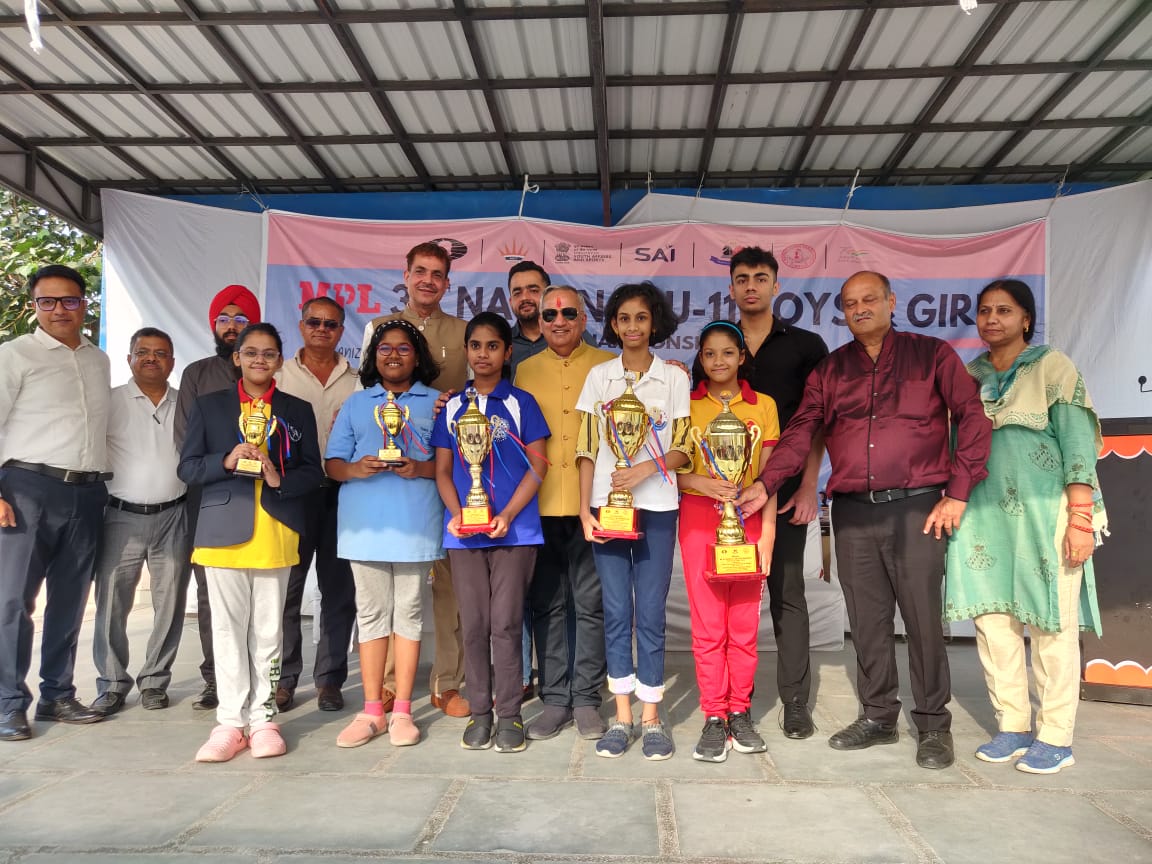 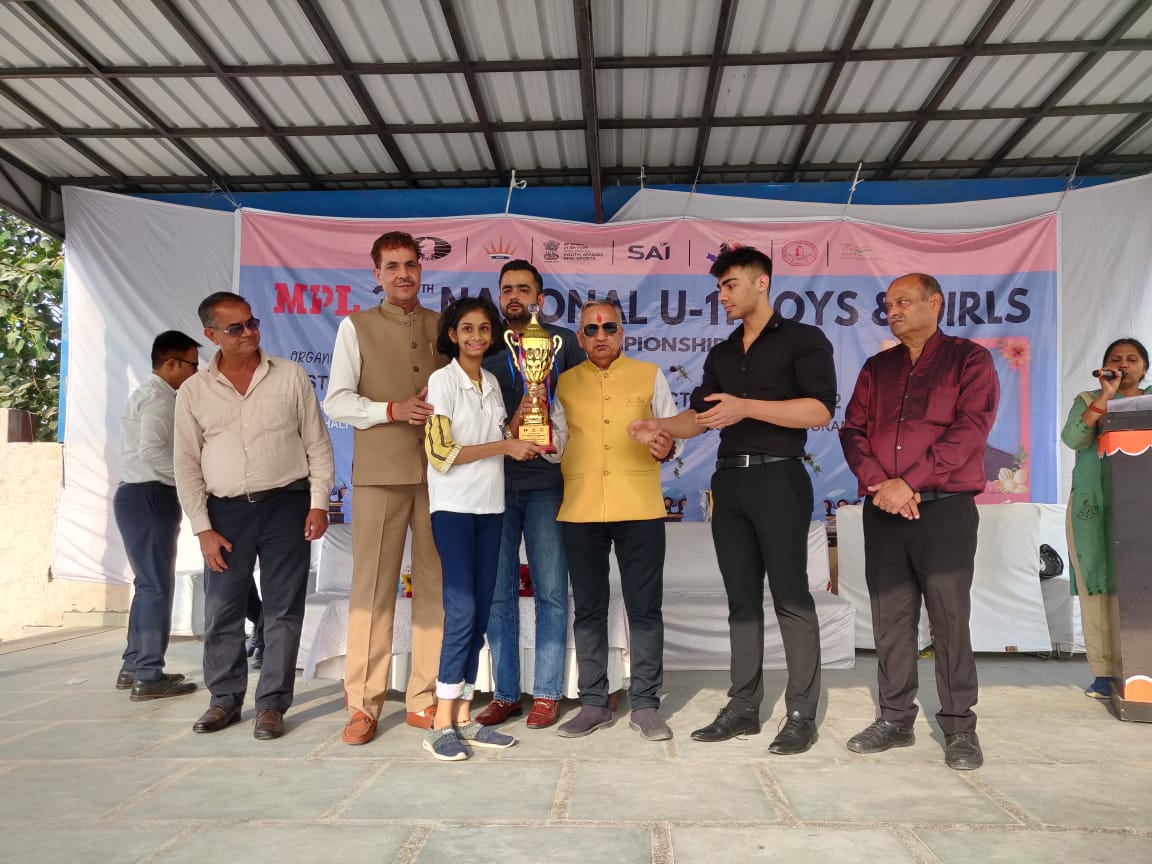 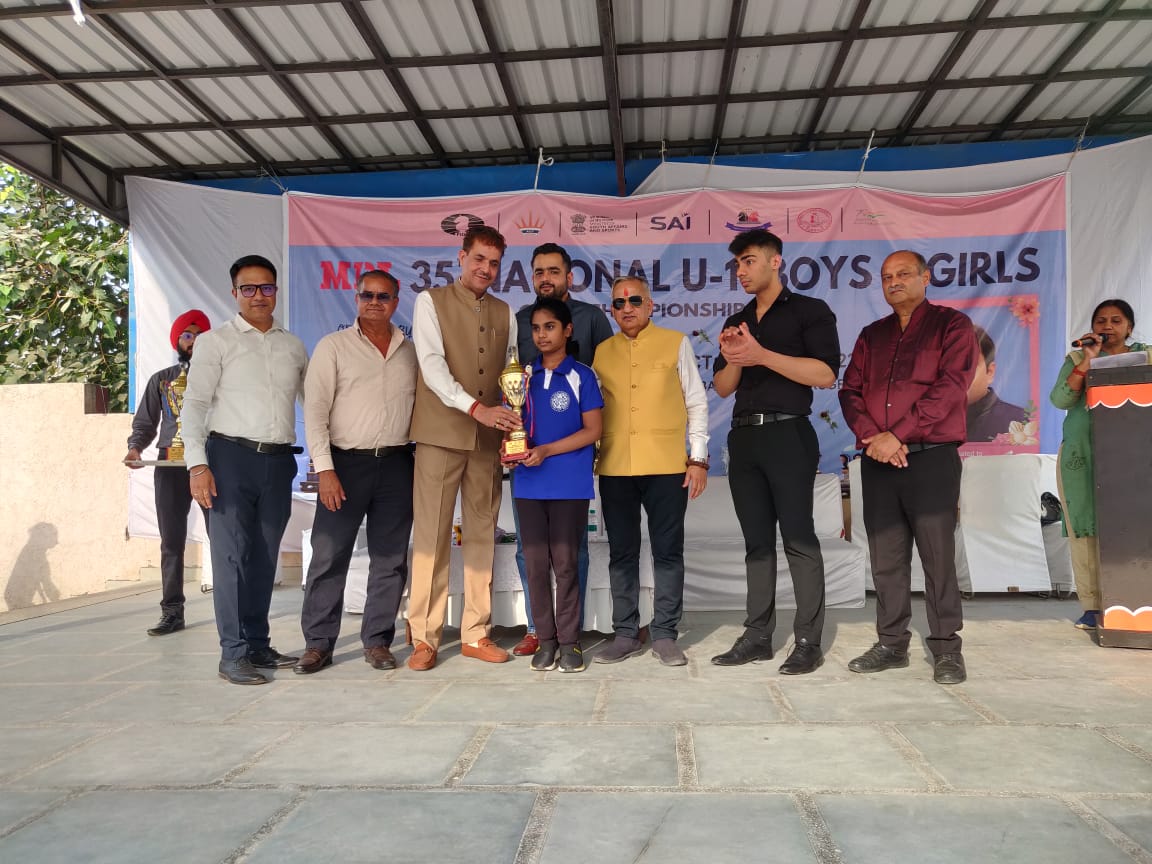 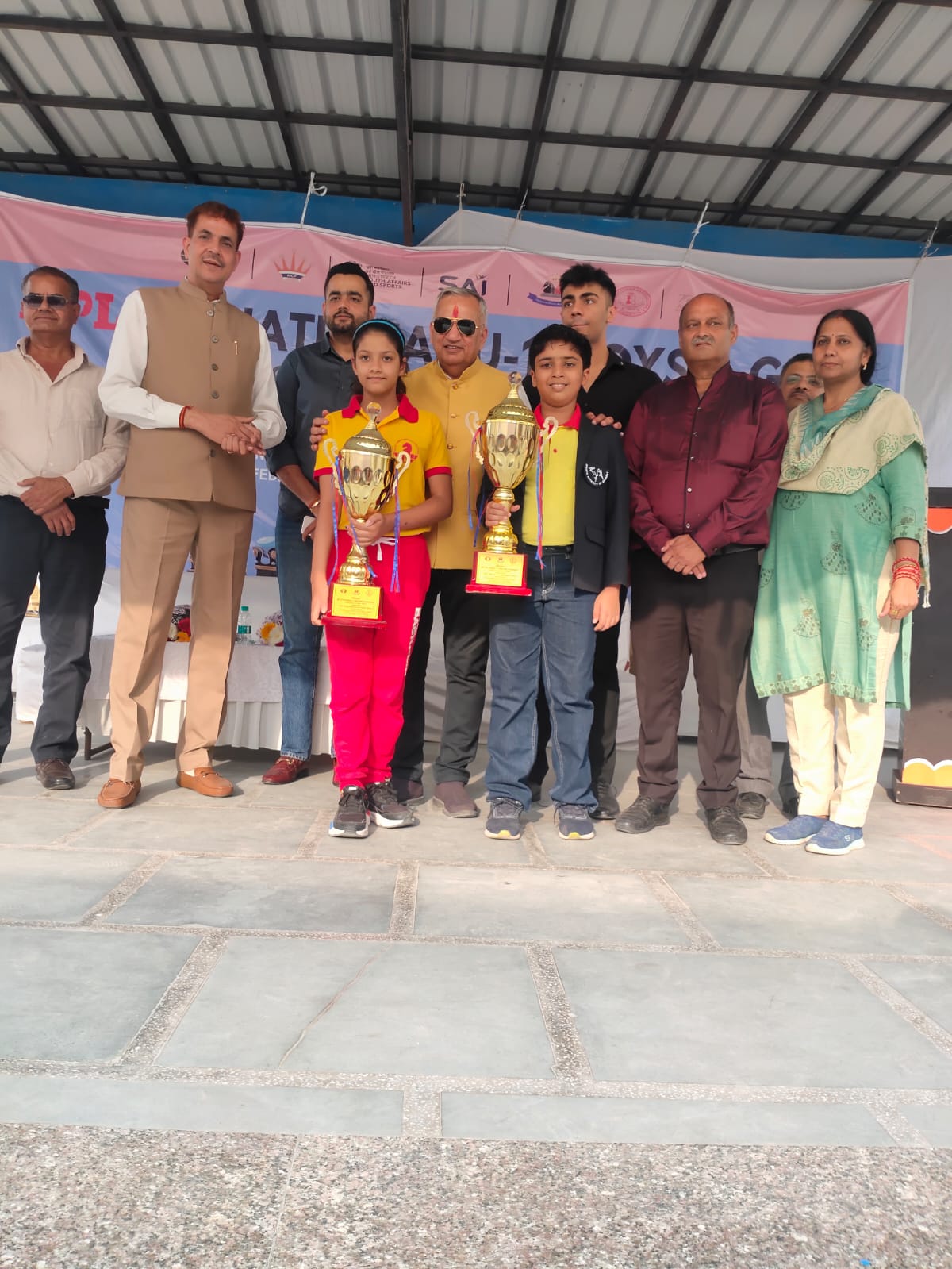 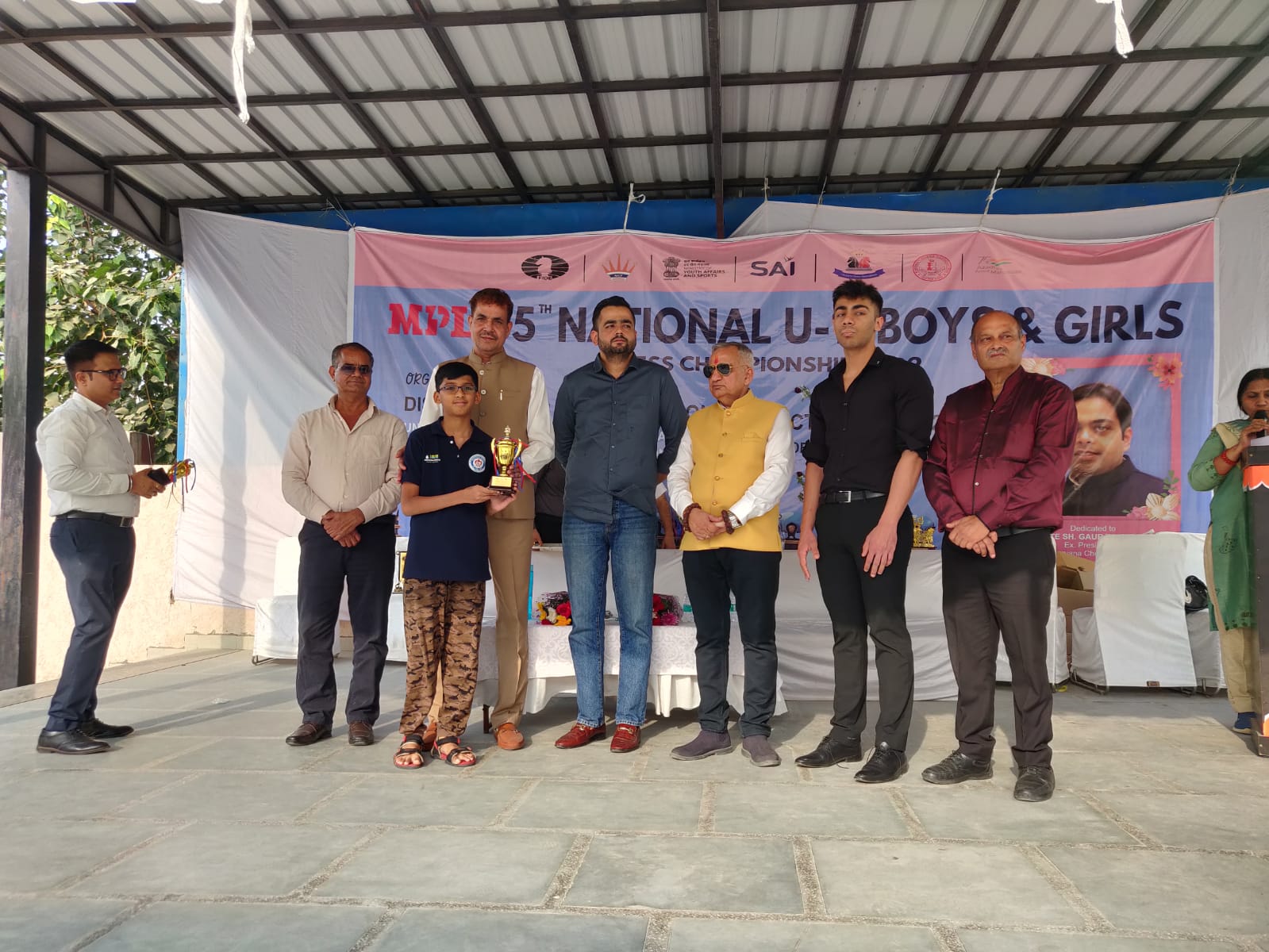 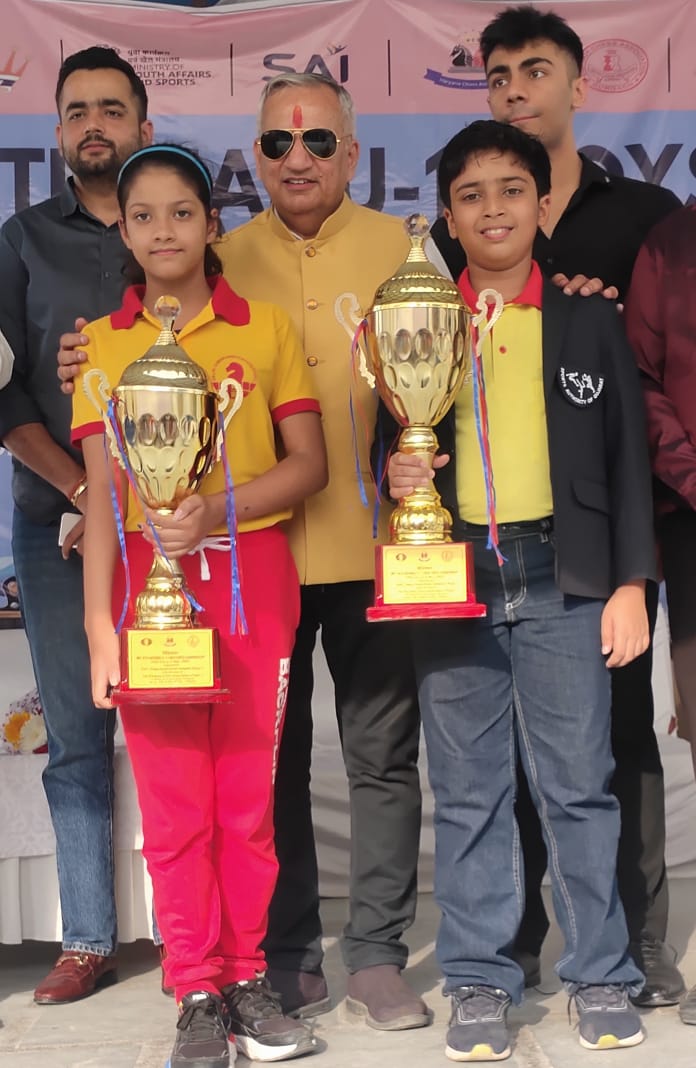 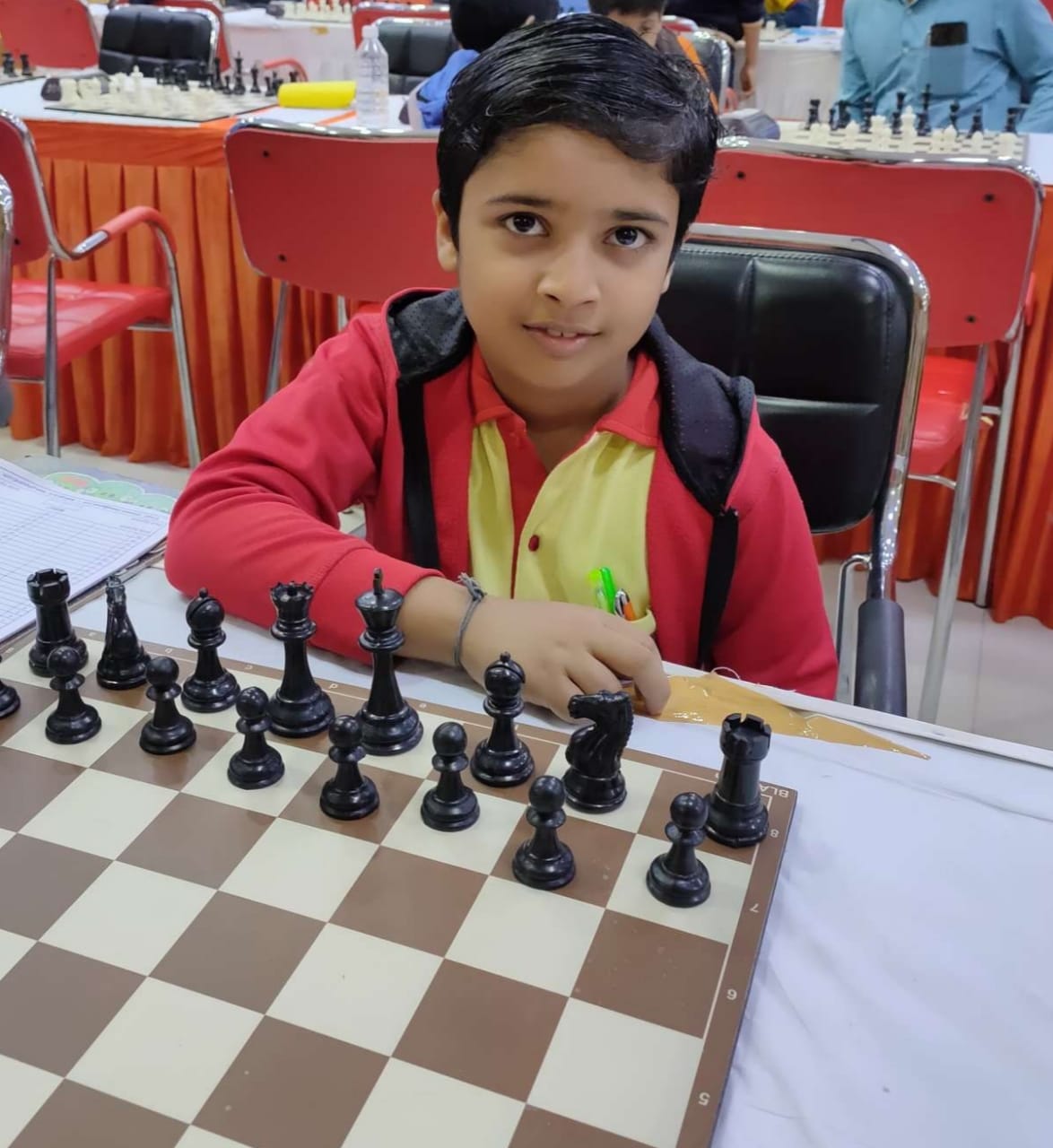