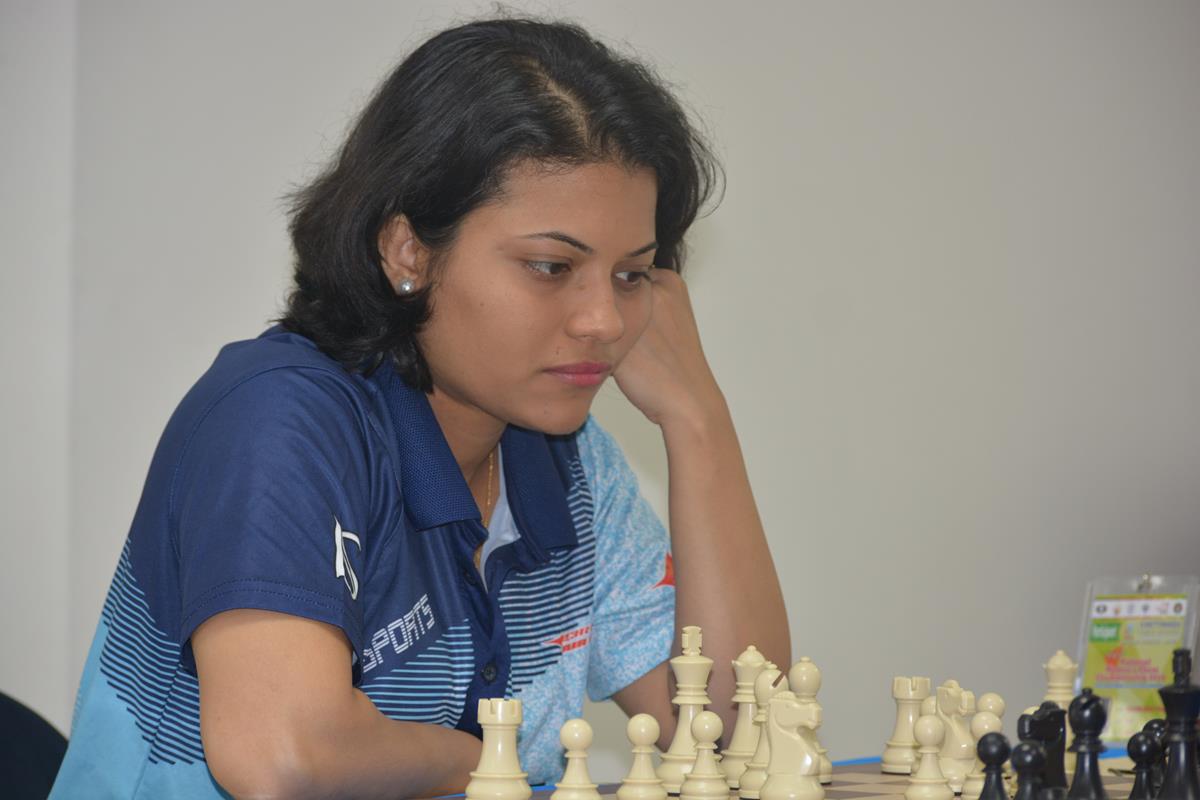 Karaikudi (22 Jul 2019) :- Overnight joint leaders Bhakti Kulkarani of Goa and Vantika Agrawal of Delhi signed peace treaty in the fifth round to maintain their slender half point lead on the point table at the end of fifth round matches of the 46th National Women Chess Championship which now underway at Chettinad Public School.

Playing with white pieces in a King’s Indian defence game, second seed Bhakti had slight advantage in the middle game, but failed to convert the advantage to decisive effect and agreed to split the point with her tenth seed rival after 59 moves while on the second board, top seed Soumya Swaminathan of PSPB found Maharashtra’s Mrudul Dehankar’s defence as a tough nut to crack and signed the peace treaty after 42 moves by three fold repetition of position arrived out of Tromposwky Attack.’

In other important battles, six time champion Vijayalakshmi S tried hard against her teammate Aarathie Ramaswamy but settled for a draw after 73 moves. Third seed Divya Deshmukh of Maharashtra after settling for half points in the previous two rounds came back strongly to defeat Varshini V of Tamilnadu while Srija Seshadri beat Women Grandmaster Kiran Manisha Mohanty of LIC.