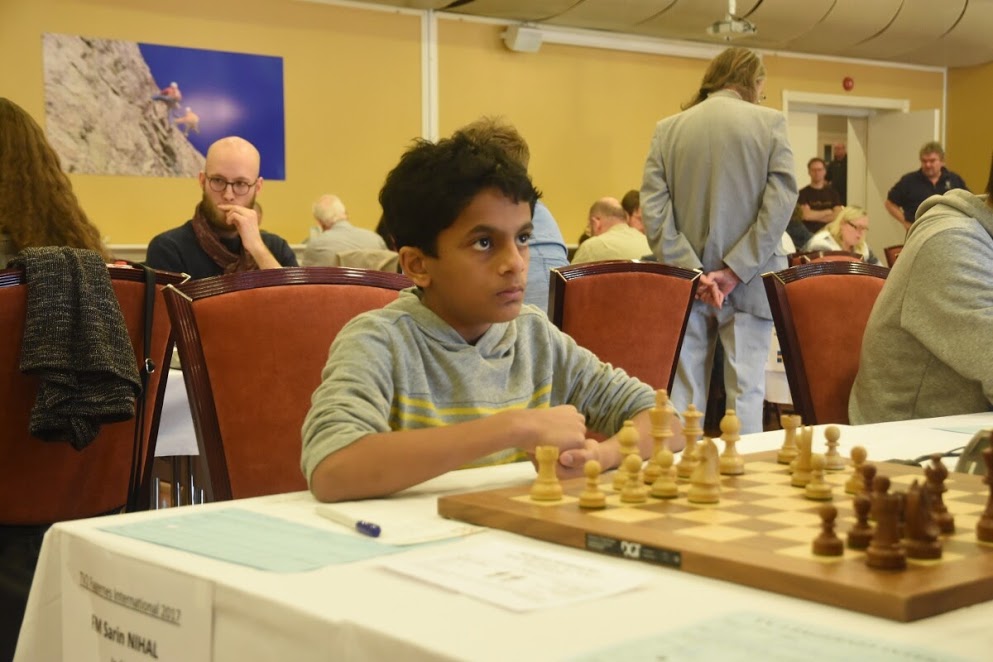 Nihal Sarin of CMI Devamatha Public School in Thrissur, Kerala became the youngest player to record a Grand Master norm at 12 years and nine months. This is sensational as he did (GM norm) five months earlier than Magnus Carlsen did in 2004.

Nihal recorded a stunning Tournament Rating Performance of 2599 gaining a huge 21.50 rating points from this single event. Nihal played draws against the top three finishers, Grand Masters, Andriy Vovk (Ukr), Boris Chatalbashev (Bul) and Erik Blomqvist (Nor). In the last round, Nihal drew with Alon Greenfeld of Israel to finish fourth in the 36-player nine round Swiss format event.

FIDE Master Nihal had become an International Master at the age of 12 years and eight months, thereby levelling the record of Magnus Carlsen. Listed at 2424, and gaining 21 points, his upward graph is likely to see him become the world’s youngest Grand Master this year.

In the Fagernes Easter Rapid Tournament held alongside, Nihal Sarin won with 5.5/6, finishing one point ahead of the the rest of the field.

Nihal Sarin became an International Master in the Aeroflot Open B in 2017 gaining a huge 38.40 rating points. In the 2016-17 Rilton Cup at Stockholm he gained 17.20, then at the Sunway Sitges in Spain he gained 29 points.

Nihal Sarin had won the World Under-10 title at Durban in South Africa in 2014. He is fast making progress. When he finishes, many of Carlsen’s other records would have taken a beating!