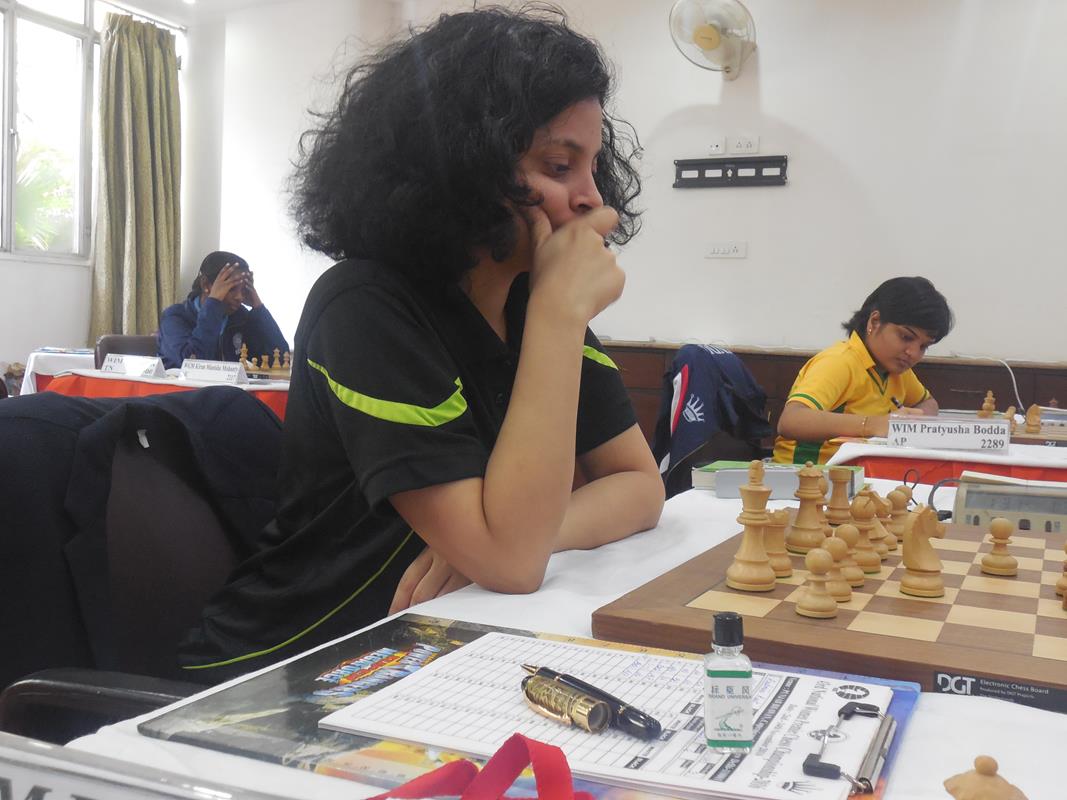 Playing white side of a Caro-Kann defence, Padmini used her Rook and Bishop combination to good effect in the end game to outwit Nisha in 62 moves. Past the half way stage of the event, Padmini now enjoys a crucial half point lead over nearest contender and six time champion Vijayalakshmi, who came back strongly after her fifth round debacle to score a resounding victory over Mary Ann Gomes. Playing with black pieces in a Ruy Lopez game, Vijayalakshmi displayed great tactical skills to inflict first defeat for Mary in the championship.

In other sixth round encounters, Andhra Pradesh girl Pratyusha Bodda registered her first win in the championship over Swati Ghate while Kiran Manisha Mohanty and R Vaishali signed peace. The Battle Royale in the Rs. 600000/- prize money event will resume after a rest day on Wednesday.