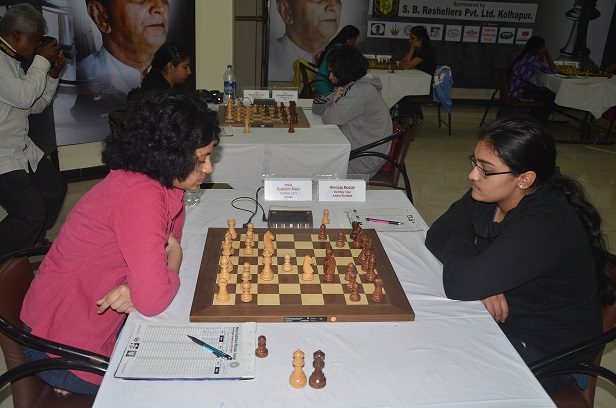 Padmini Rout Is The New Champion
By Arvind Aaron

Padmini Rout, born 1994, became the 18th player ever to win the National Women’s Premier Chess Championship. On course she also became Odisha’s first to win and she did it in style with a round to spare at Sangli, Maharashtra. Tuesday was the big hot day and all six games ending decisively and for the very first time.

Padmini was expected to win against bottom ranked Hinduja but the desired result came after a long 94-move battle. When she won, her immediate rivals, Mary Ann Gomes and Vijayalakshmi had lost. Padmini replaces three-time champion Mary Ann Gomes as the new champion.

A career best purse and a hefty rating gain are awaiting the new champion as she will get ready to play her last game against Nimmy George on Wednesday. Padmini had been a strong player for long and was widely tipped by experts like Manuel Aaron and others to win this title. Her play is packed with depth and tact. 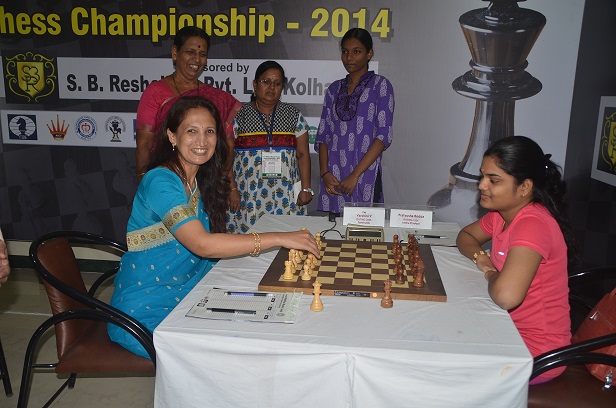 The penultimate round may have opened a new era in women’s chess of India. Padmini Rout had won the gold medal for the best result among players in the fifth board in the Tromso Olympiad 2014. While felicitating the bronze medal winning Indian team at Chennai on Sep 5, 2014, the AICF chose to felicitate her as well. Padmini Rout had previously been the National Junior Girls Champion of India. She came directly from Pune having become India’s best performer in the World Junior Girls that concluded on October 19. 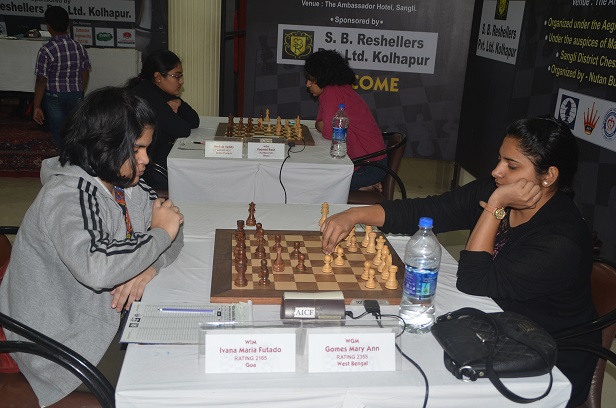