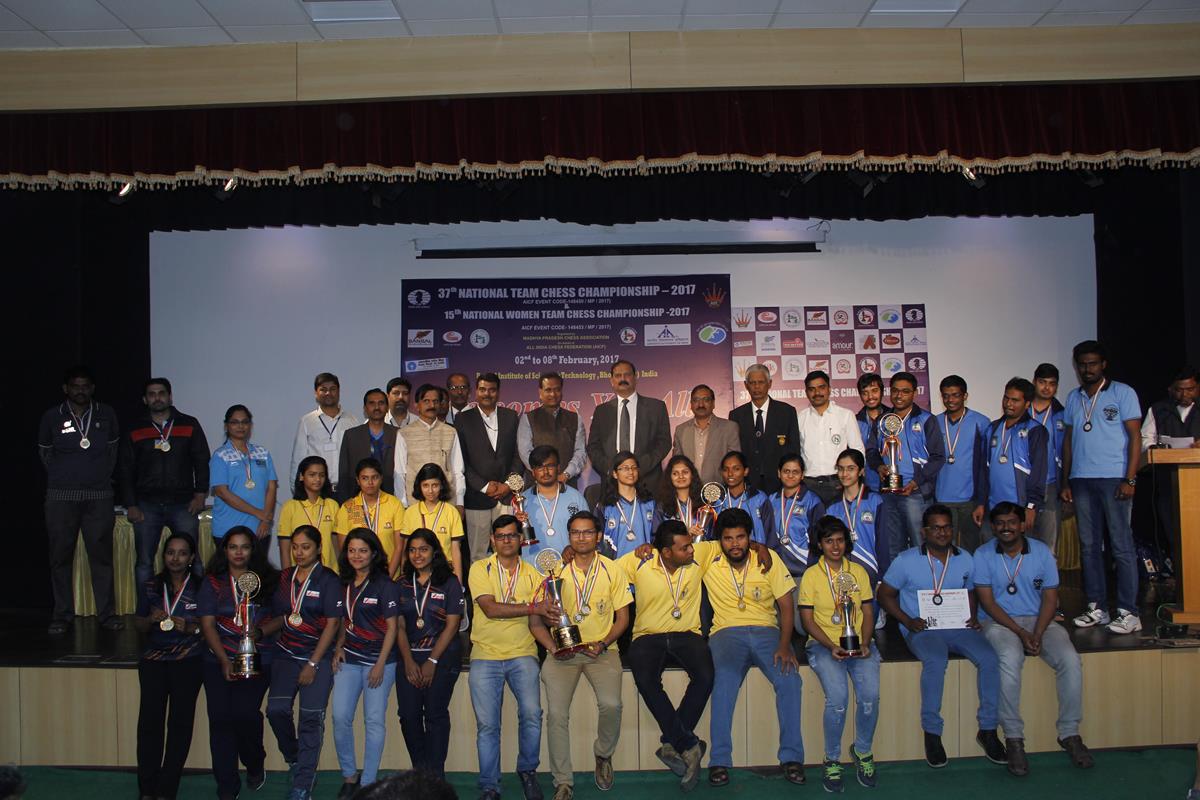 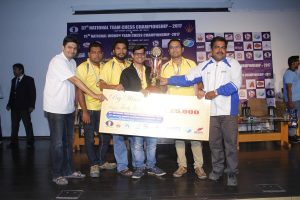 Bhopal (08 Feb 17) :- Railway ‘A’ won the National Chess Champion title with perfect score of eighteen points after beating Madhya Pradesh ‘B’ in the final round at Bansal Institute of Science Technology on Wednesday.

Being assured the title overnight, railway men faced a stiff challenge from the host team in the final round encounter. For Madhya Pradesh, unheralded Ashwin Daniel stunned Grandmaster Deepan Chakkravarthy on second board while Anuj Shrivatri held International Master P Karthikeyan to creditable draw on board number one. Grandmaster Swapnil Dhopade and International Master Himanshu Sharma helped railways to maintain their clean slate by beating Niklesh Jain and Anshul Saxena on third and fourth board to make the score line 2½ – 1½ in favour of the champions. 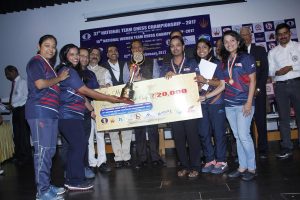 Meanwhile in the Women section, top seed Air India and second seed Airports Authority of India tied for the pole position after beating Gujarat and Madhya Pradesh ‘A’ respectively in the final round. But direct encounter tie break helped Air India to become national champions while AAI satisfied with runner up position. Bengal finished as second runner up after outwitting Himachal Pradesh 4 – 0 in the final round.

B Shivananda of Karnataka, Ram S Krishnan of BSNL, Thejkumar M S of Railway ‘A’, Swapnil Dhopade of Railway ‘A’ and Himanshu Sharma of Railway ‘A’ won the Board prizes for board number one to five respectively in open section while Arpita Mukherjee of Bengal, Swati Ghate of LIC, Bhakti Kulkarni of Air India, Kiran Manisha Mohanty of LIC and Aarthie Ramaswamy of Air India won the yellow metal for board prizes in women section.