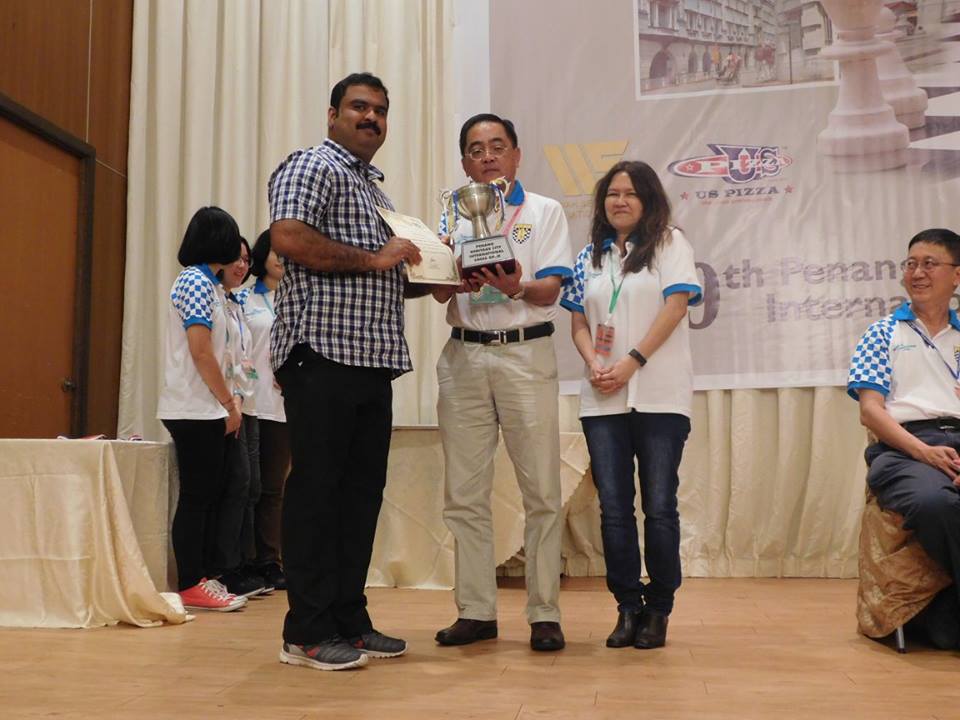 Penang Heritage City International Open took place at Red Rock Hotel, Penang, Malaysia. The tournament attracted 130 players, out of which 20 were Indians. IM Rathnakaran K. emerged as the winner by scoring a massive 8.0/9 points with a 2671 performance! 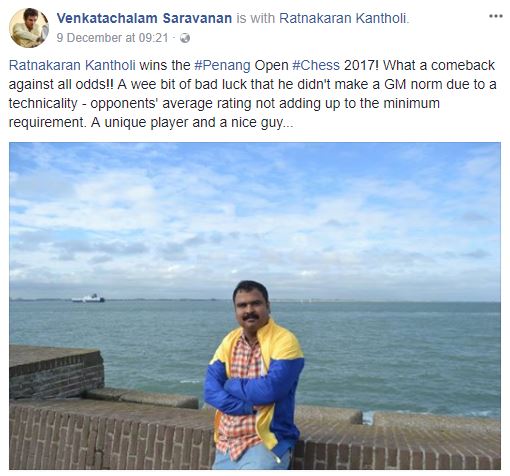 IM Ratnakaran started off the tournament as the 26th seeded player. What was his expectation before the event? “I had no expectations. I just wanted to play good chess.” said the Keralite.

His favourite game is, undoubtedly, the seventh round battle against Armenian Grandmaster Karen Grigoryan. “Results-wise game against top seed was the turning point. I was confident of winning the tournament.”