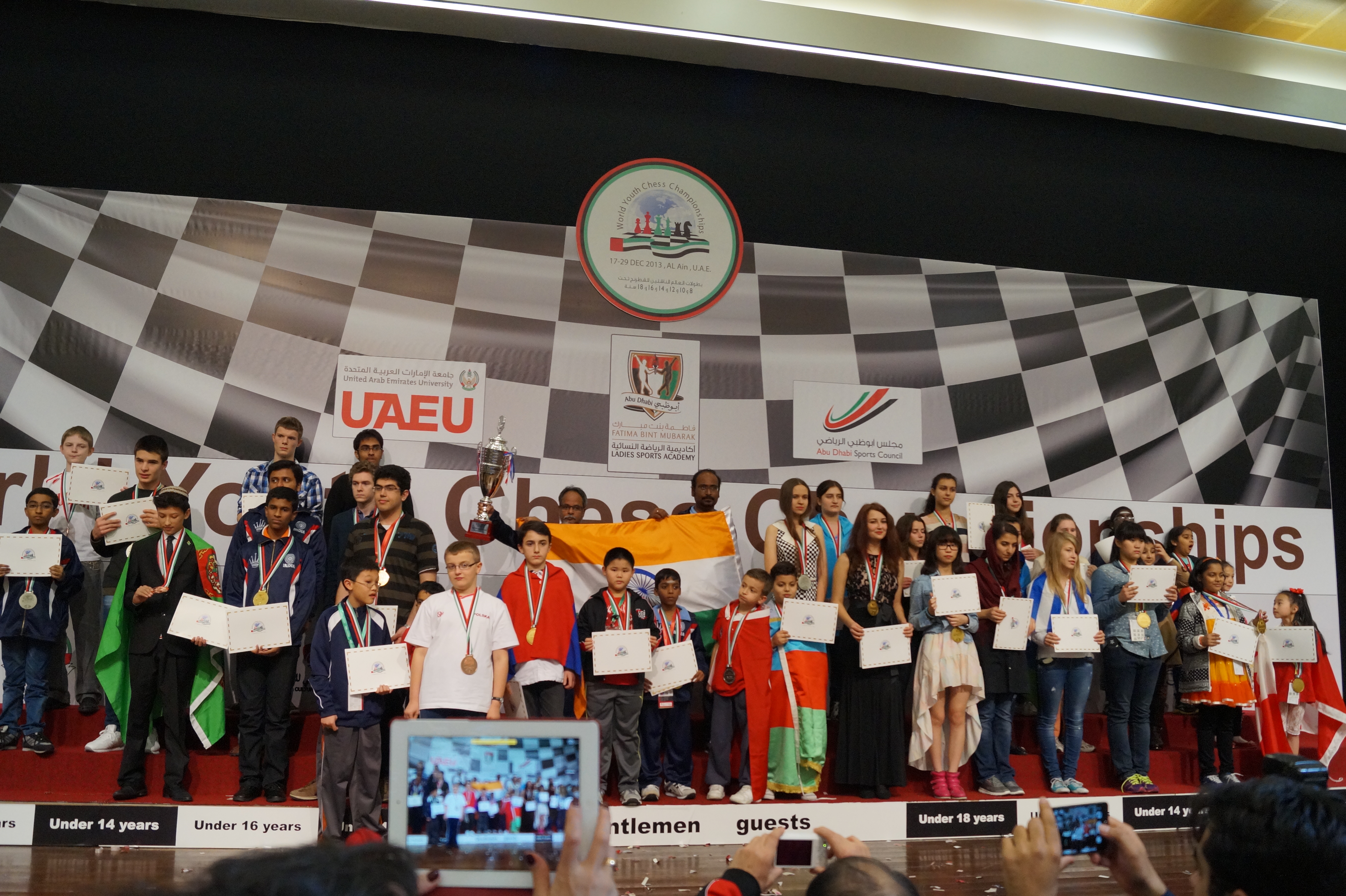 Three World Titles For India At Al-Ain
By Arvind Aaron
India won three gold, two silver and three bronze medals in the World Youth Chess Championships that concluded at Al-Ain in the United Arab Emirates on December 28, 2013.
India dominated the Open Under-16 section by bagging both gold and silver. Karthikeyan Murali of Chennai and Girish Koushik of Mysore tied for the first place with 9/11 to win the gold and silver medals.
The youngster who dominated the contest with a 11/11 sweep was R Praggnanandhaa of Chennai who won the Open Under-8 section with a round to spare.
Saina Salonika of Odisha won the Girls Under-10 section with an undefeated 9/11 run. K.S. Raghunandan of Bangalore posted a final round win to pick up the silver medal in the Open Under-12 section.
Vaibhav Suri (Delhi, Open U-18), C Lakshmi (Chennai, Girls U-10), Bhagyashree Patil (Mah, Girls U-8) won the bronze medals in their respective sections.
Winning three titles out of 12 and eight medals out of the maximum 36 is quite an achievement for the Indians. A total of 1818 players from 123 nations took part in this event that ran from December 17.