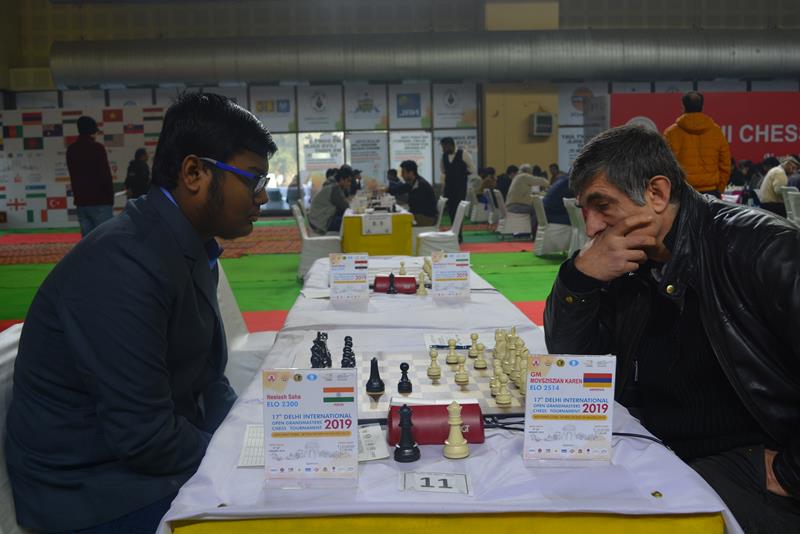 In the third round earlier, Neelash had managed to outwit Austrian International Master Gajek Radoslaw, rated 2481. Neelash is among the five players jointly holding the pole position with 4 points after four rounds of play.

Grandmasters Debashis Das of Odisha, Ghaem Maghami Ehsan and Mosadeghpour Masoud, both Iranians, are the other players sharing the lead. The battle is only going to heat up as the championship now enters the half way stage.

The One Crore One Lakh prize money chess festival also has parallel events running with the main International open. The ‘B’ Group has participation of over 959 players while the ‘C’ group will have over 1200 players participating.