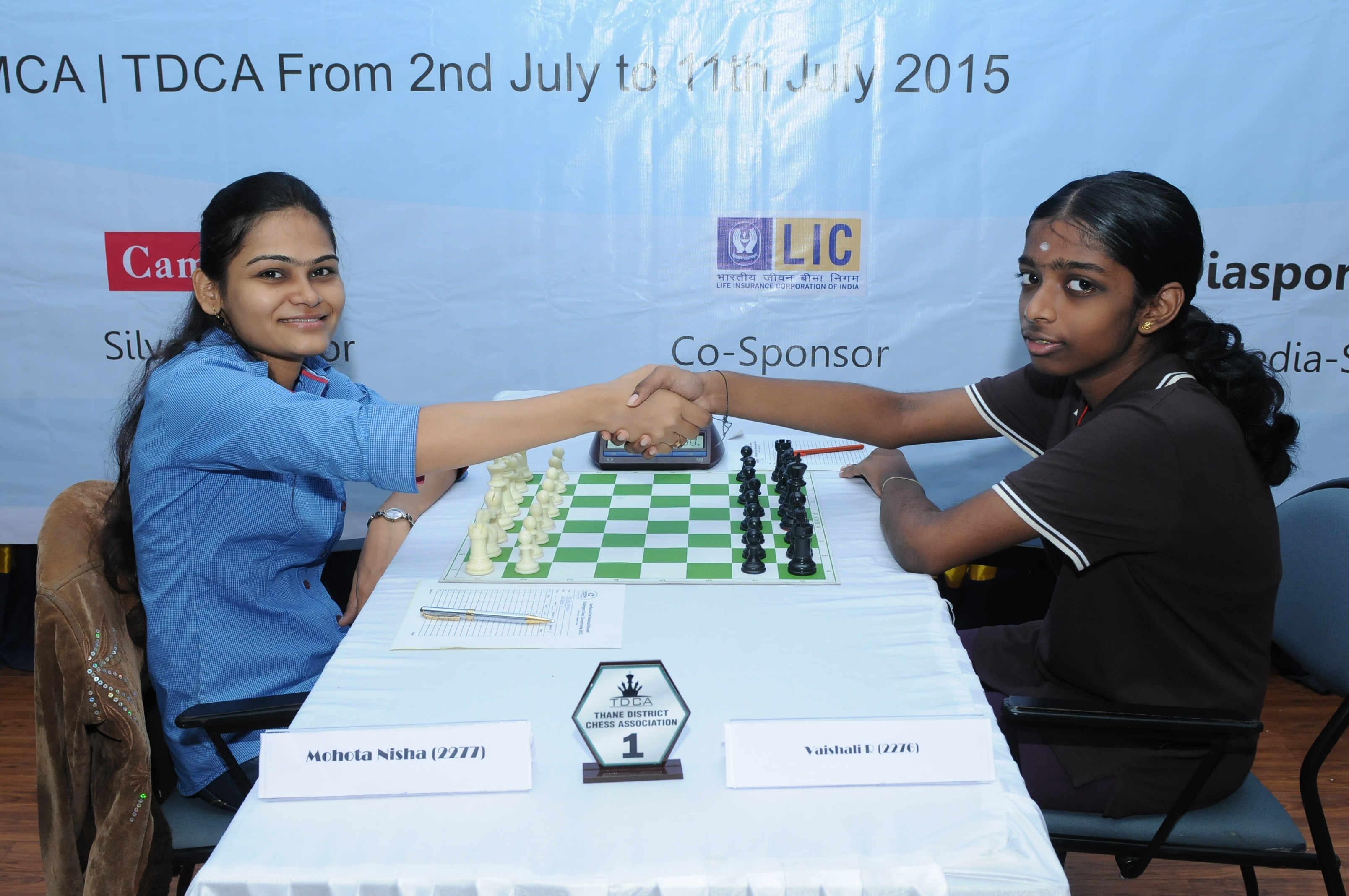 WFM R. VAISHALI extends her lead by full One point

WFM R. VAISHALI (2276) who is World U12 champion in 2012 defeated IM Nisha Mohota on top table to take her lead to one point over rest of the field in RamRatna 42nd National Women Challengers Chess championship 2015 held at Keshav Shrushti complex in Ram Bhau Mhalgi Prabhodini hall.

On the top table in the game between IM Nisha Mohota and WFM R. Vaishali witness Ruy- Lopez opening where Nisha open her ‘g’ file to launch attack with Rook but after exchange of Rooks Vaishali had her Queen well placed for attack. On 30th move she sacrifice her Knight on ‘c3’ which was refused by Nisha to defend her King but it was not sufficient, after 34 moves she had to resign. 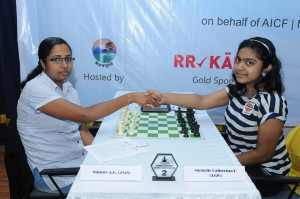 On second board Nimmy AG (Kerala) VS WIM M. Catherina the game was drawn after repetition of moves.

IM Tania Sachdev won her game against Priyanka K. to join in the second spot . WGM Bhakti Kulkarni of Goa defeated WFM Varshini. in this game after exchange of Rooks and Queens Varshini was left with bad Bishop vs Knight then it was technical win for Bhakti. WFM Rucha Pujari won her game against Kaur Palkin to jump to 3rd spot.