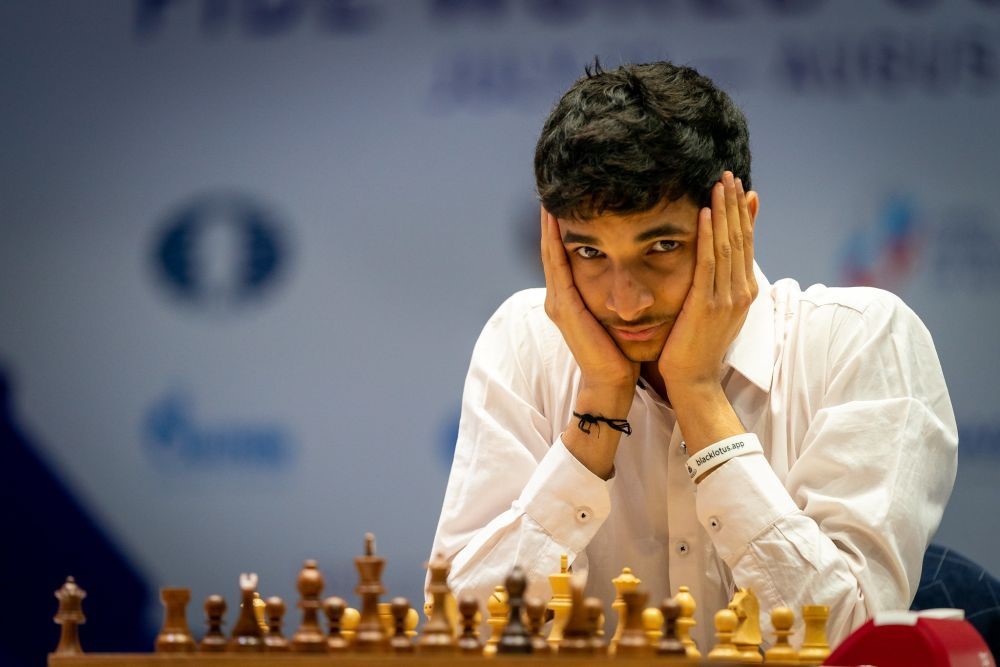 At the end of round 4, Vidit turned out to be the only Indian to advance to the Pre Quarterfinals. Vidit scored a resounding 2-0 win over GM Jeffery Xiong from USA. Under pressure with Black in the first game, Vidit turned the tables around in the time trouble phase and conducted a beautiful finish to go 1-0 up. In the second game, Vidit played a prototype Vidit game with the White pieces, never really losing control. Jeffery got desperate and tried to create something out of nothing, but that backfired, his King became too vulnerable and Vidit ended up winning game 2 as well to take the match 2-0.

Harikrishna lost 1.5-0.5 against Iranian GM Amin Tabatabei. Amin outplayed Harikrishna in an endgame in the first game of their match with the White pieces to go up 1-0 in their match. In the second game, Hari tried to hit back and had Amin under a lot of intense pressure. However, Amin defended tenaciously and Hari was unable to break through.

Praggnandhaa also had an interesting match against the French No:2 GM Maxime Vachier-Lagrave. Pragg had Maxime under some pressure in their first game with the White pieces, but it ended in a draw. In the second game, Maxime, with the White pieces just outplayed Pragg right from the opening and won a convincing game to win the match 1.5-0.5.