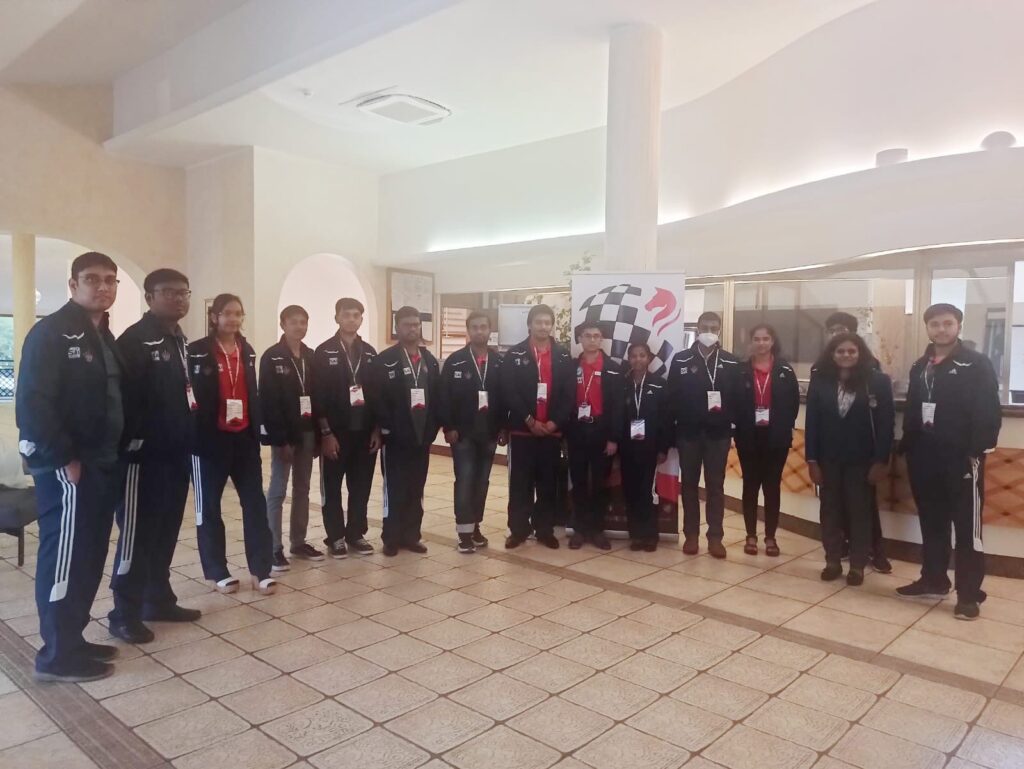 World Junior Chess Championship, held after a gap of 3 years due to the pandemic has started in Cala Gonone, Sardinia in Italy from 12th October to 22nd October 2022 with 120 players in the open section & 66 players in the girls section. The event is with 11 rounds swiss with the time control of 90mins for 40mins + 30mins with an increment of 30secs from move 1.

Indian team reached a day before the start of the tournament @ Sardinia, Italy. We have young promising talents participating in this world event

Indian team have 13 players rolling the field, out of which 9 are titled players – two Grandmasters Mendonca Leon Luke and Iniyan.P, one WGM Priyanka Nutakki and six International Masters

The 1st round was a smooth sailing for most of the higher rated Indians in the open section. The two Grandmasters Mendonca Leon Luke & Iniyan P, seeded 4th & 8th respectively, managed to win despite tough resistance from their opponents. On board 3 playing with white pieces, Utsab Chatterjee had a very complex game against GM Frederik  Svane from Germany, on move 40 – the final move of the 1st time control , Utsab went wrong with the queen move which allowed Frederik to create a mating net around the white king which forced Utsab to give up his queen and soon he had to resign.

In the girls Section, Indians had mixed results as the 7th seed WGM Priyanka Nutakki had a relatively easy win with black pieces against Dejanovic Tereza of Croatia. Femil Chelladurai played fantastically against Jarocka Liwia, manoeuvring the Knights making the Poland player offer a draw, with two pawns up Femil had to reject the offer but allowed a counterplay which costed her the point.

The star performer of the day was Ishvi Aggarwal who was playing the 3rd Seed WIM Mariam Mkrtchyan from Armenia who had recently made news for winning the World Youth U-18 Girls with the perfect score of 11/11. Playing the fianchetto variation in Kings Indian Defence with white pieces, Ishvi was in control of the game from the start, she gave up her rook for the bishop on move no 25th in order to exploit the dark squared diagonal, however in the decisive moment with both players coming in the time scrabble, Ishvi decided to allow her opponent to save the game with a perpetual check. 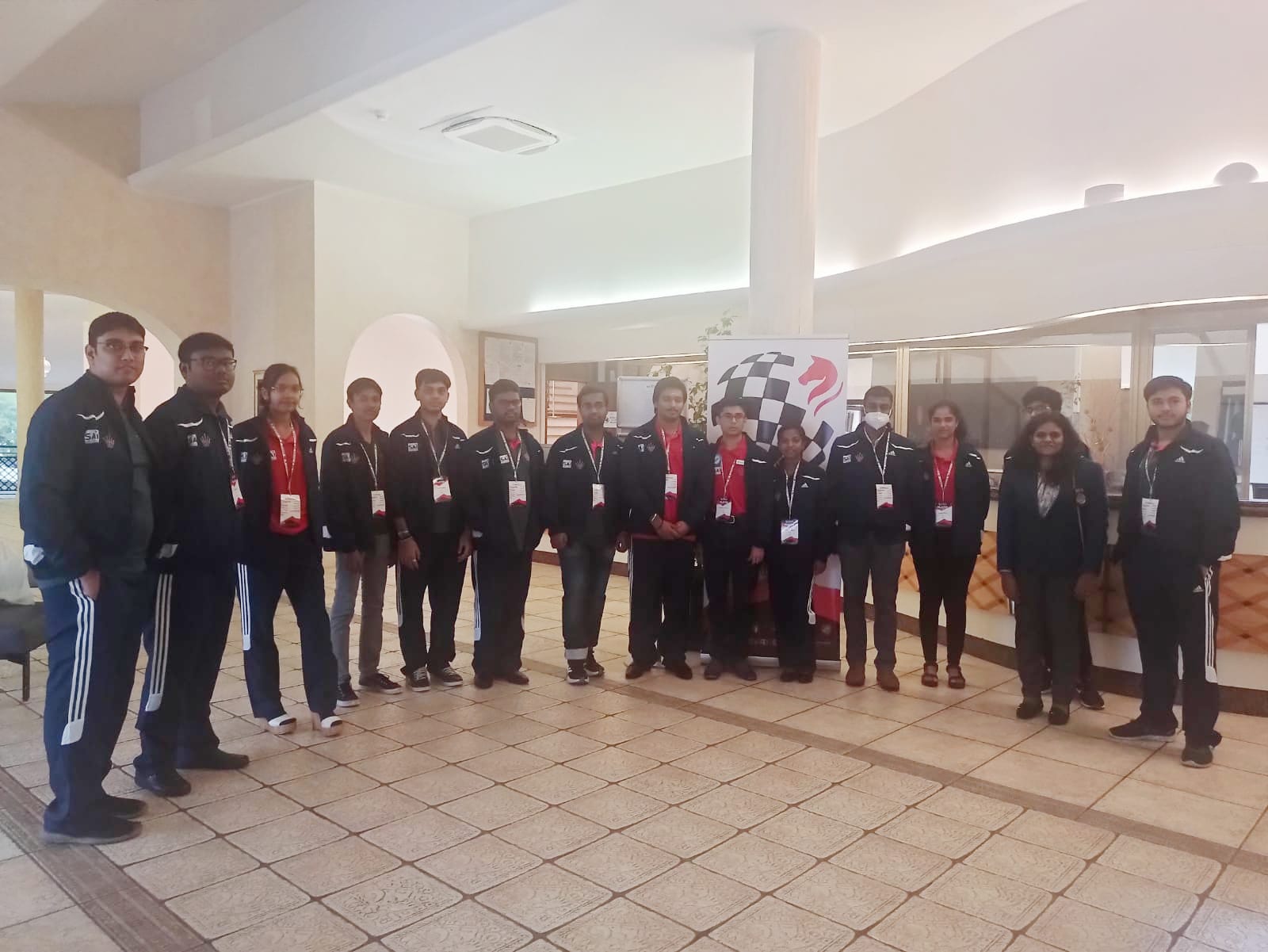