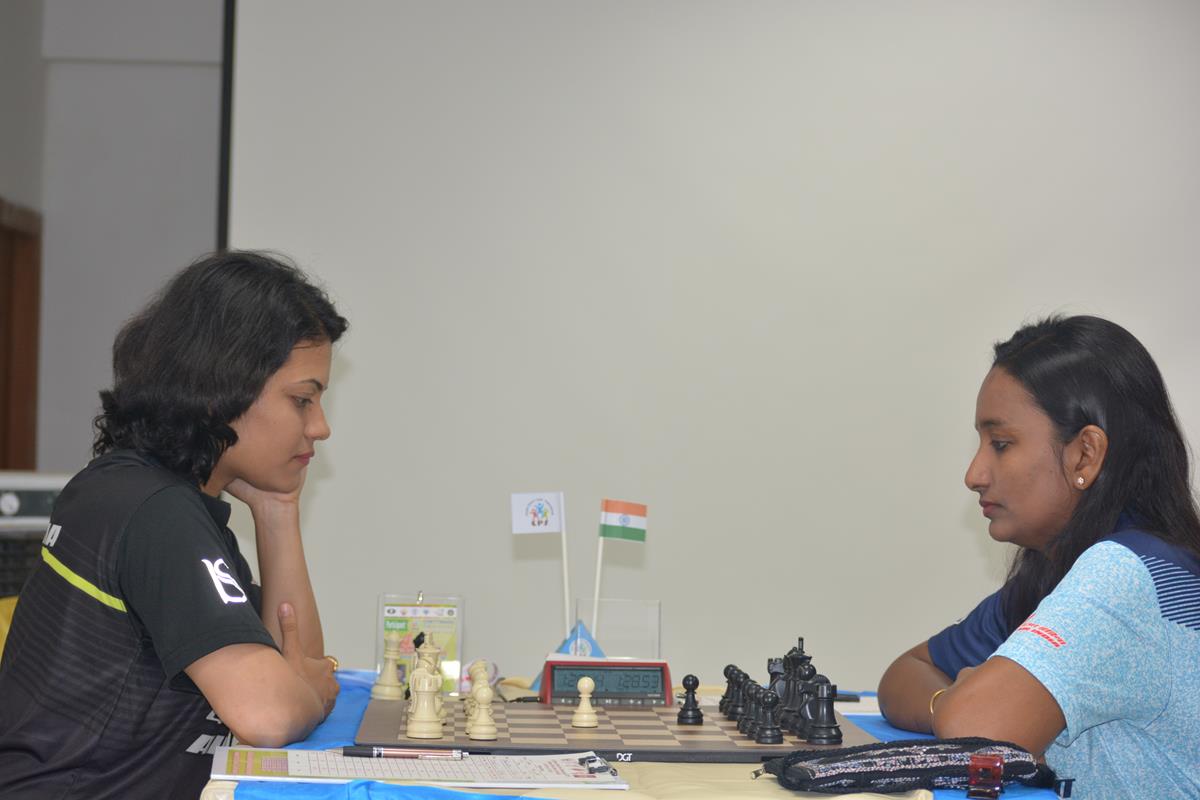 Karaikudi (25 Jul 2019) :-  With just two rounds remaining, defending champion Air India’s Bhakti Kulkarni cruising without any turbulence and now enjoying one and half points lead over nearest contenders at the end of ninth round matches of the 46th National Women Chess Championship sponsored by Chettinad Public School here on Thursday.

In the ninth round, playing white side of Modern defence game Bhakti grounded teammate S Meenakshi in 37 moves to take her tally to eight and a half points out of possible nine.

Meanwhile, Bhakti’s nearest contender Vantika Agrawal of Delhi suffered her first defeat in the championship by the hands of National Under-17 champion K Priyanka of Tamilnadu in 70 moves arrived out of Modern defence game. With this crucial victory, Priyanka now moved to the joint second position and giving company to Vantika in point table with seven points.

In a surprising result of the day, Varshini V of Tamilnadu shocked top seed Soumya Swaminathan of PSPB. Playing with dark colour pieces in a Pirc defence game, Soumya made a crucial blunder in the 31st move to hand over the advantage to her Tamilnadu rival and succumbed to defeat in 46 moves.

A pack of eight players including third seed Divya Deshmukh of Maharashtra and three-times champion Mary Ann Gomes of PSPB are now sharing the third spot with six and half points. Divya drew her ninth round match against teammate Mrudul Dehankar while Mary got better off former champion Swati Ghate of LIC.

In the penultimate round tomorrow, Priyanka paired against Bhakti while Vantika takes on Mary.