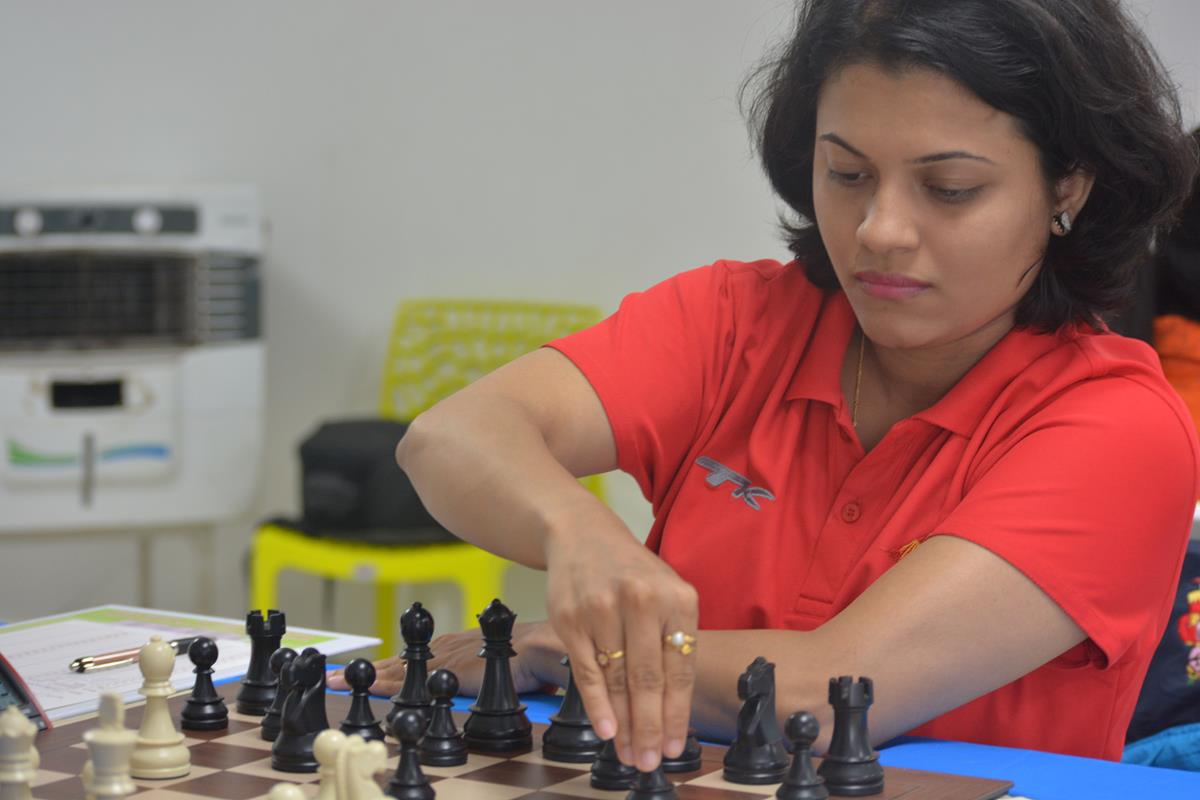 Defending champion Bhakti Kulkarni of Air India defended her title in style with one round to spare after beating national under-17 champion K Priyanka of Tamilnadu in the tenth and penultimate round of 46th National Women Chess Championship at Chettinad Public School on Friday.

Playing consistent chess throughout the championship, Bhakti once again showed her tactical acumen to garner full point against her rival in 69 moves arrived out of Ruy Lopez Opening. This victory enabled Bhakti to take her point tally to unassailable nine and half-point out of possible ten and enjoying a lead of one and a half points with the nearest contender Vantika Agrawal of Delhi before the final round on Saturday.

Continuing her splendid performance, Mrudul Dehankar of Maharashtra achieved Women International Norm after beating six times champion S Vijayalakshmi of Air India while former champion and top seed Soumya Swaminathan suffered a further setback in the event as she lost to Bala Kannamma of Tamilnadu in the tenth round encounter.

Nandhidhaa PV of Tamilnadu and Pratyusha Bodda of Andhra Pradesh along with Maharashtra duo of Divya Deshmukh and Mrudul Dehankar are occupying the third spot in the point table with seven and a half point in this Rs. 15 lakh prize money event in which Rs. 4 lakh is reserved for the winner.

In the final round tomorrow morning, Bhakti paired with Pratyusha while Vantika takes on Mrudual and Nandhidhaa will fight it out with third seed Divya Deshmukh.