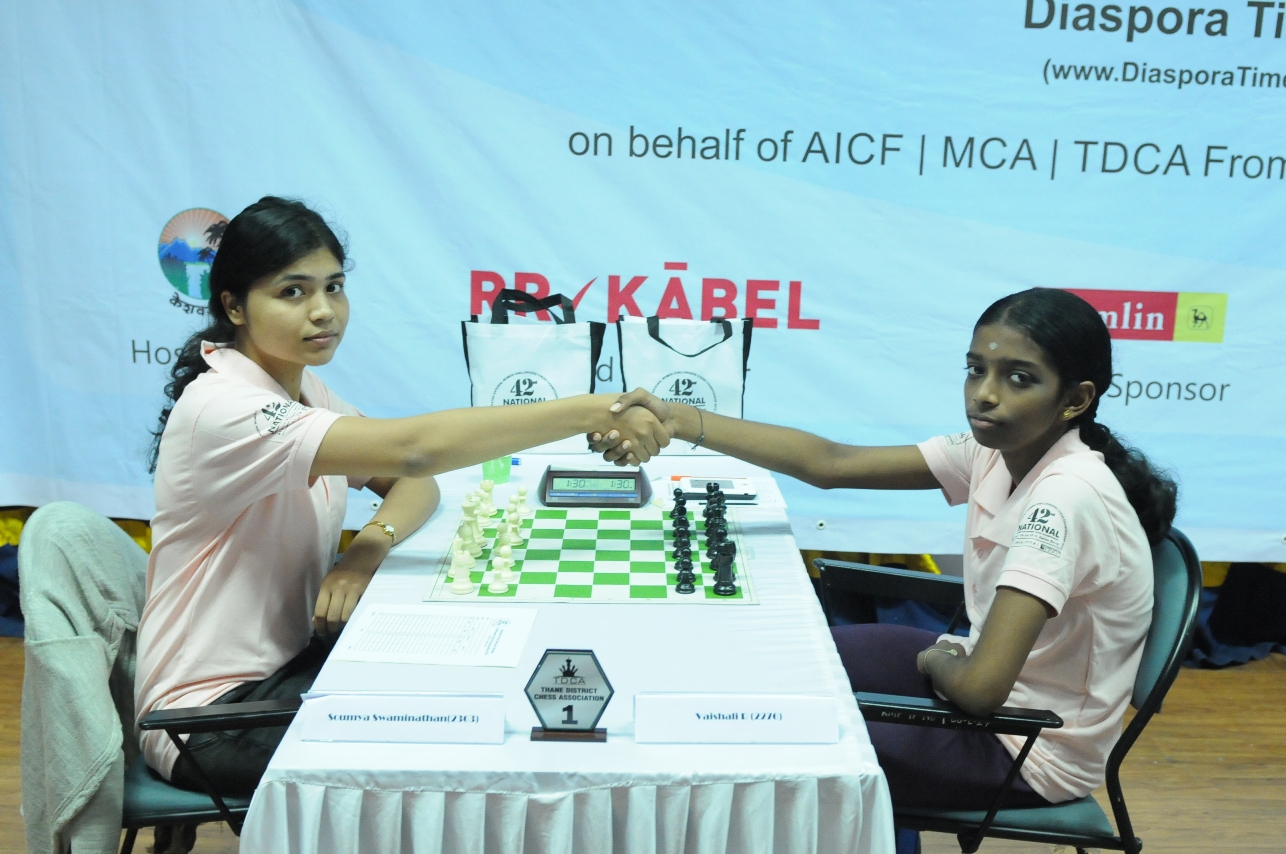 ­­Penultimate Standings of the championship:

In the top Board No.1 WGM Soumya Swaminathan(MAH) and WFM Vaishali R(TN) was playing their Penultimate Round with Scotch Game which is an alternate variation for Ruy Lopez, during the middle game Soumya Swaminathan domination was well watched and in 26 she got a clear outside passed pawn in ‘H’ File and finally ended in favor of her.

In the Board No.2 Top Seeded IM Tania Sachdev with white pieces Goan Player WIM Ivana Maria Furtado chose to play Queens Gambit Declined: Ragozin Defence , till move No.24 Ivana was in a unclear position but the move ‘c4’ played by Tania Favoured Ivana by capturing the pawns and it is been forced by IM Tania Sachdev to sacrifice her Queen and the game was to be played by 2 Rooks vs Queen , suddenly they agreed for a draw.

In the Board No.3 WGM Kiran Manisha Mohanty(LIC) lost her point to WGM Bhakthi Kulkarni(Goa),Bhakti chose French defense with side lines from move no.5 she got advantage and her hands was up during full game , Finally Bhakthi won the game and joined in lead with 8 points.

In the Board No.4 WIM Michelle Catherina (TN) won her game with white pieces chosing Ruy Lopez but in a different unusual variation, against WFM Rucha Pujari (MAH) with 40 moves completed.

In the Board No.5 Nimmy George (Ker) started the game with white pieces and in was defended by WGM Mary Ann Gomes (WB) by Classical Sicilian well and It was not in favour of anyone from beginning , finally after the pieces been exchanged the end game started with Rook and three pawns for both , they signed a peace treaty to proceed.