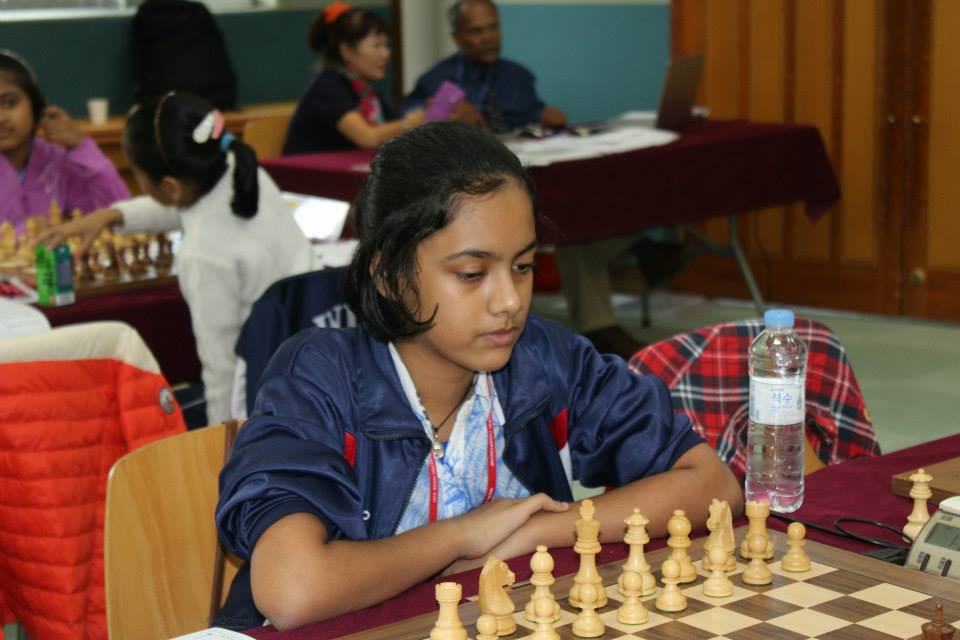 Going into the rest day after 4 days of scintillating chess, India has taken pole position in 4 categories to enhance their prospect of winning maximum medals in the Asian Youth Chess Championship2015 in progress here at Kyung Hee University, Suwon, South Korea.

With two rounds remaining, stiff fighting is expected in all the 12-categories to decide the Asian champions. 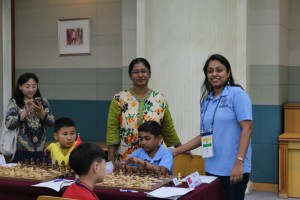 The leaders in this section is ChandreyeeHajrawith a score of 5½/7. She is closely followed by compatriots, AkanshaHagawane& Riya Savant along with MobinaAlinasab from Iran with a score of 5/7.

Riya defeated overnight leader, AakanshaHagawane while Chandreyee scored a crucial win over Nguyen Hong from Vietnam to propel herself to the top.

In the Open section, the player from Iran, IM LorparizangenehShahin is leading the field with a score of 5½. Karthik is occupying the 2nd spot jointly with another Iranian, TahbazArash.

Top-seeded R. Vaishali took back the lead after a shock defeat against Samriddha Ghosh in round 6. She defeated TariniGoyal while Samriddha had to contend with a draw against Yang Yiging from China.

The lead in the Open category is taken by Aryan Gholami from Iran with a score of 6/7. The nearest Indian contender, Harshit Raja is occupying the 2nd spot jointly with a score of 5/7. 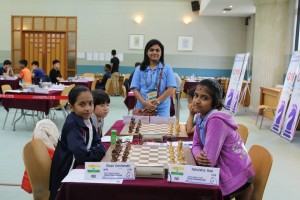 An excellent result was witnessed in this .section where Saina Salonika defeated the overnight sole leader from Mongolia, SaruulTamir to lead the field with a score of 5½. Hot in chase with half-a-point adrift is a group of 5-players, including top-seeded MridulDehankar from India.

In the U12 Open Category, AlirezaFirouzjafrom Iran has established a one-.point lead over Erigaisi Arjun whi7le Aronyak Ghosh and NihalSarin are occupying the 3rd spot jointly

The lead in this section is taken by BharathSubramaniyam, who scored back-to-back victories over Shahil Day& Wang Zhai from China to establish a full-point lead over rest of the field with a score of 6/7.

ShahilDey, who was leading the field at the end of day 3, suffered two consecutive defeats and has a huge task cut out for him to find a place in the medal list.

In the girl’s category, the lead in this category is taken by the Chinese player, Wei Yaqing with a score of 6.5 and is followed by Nguyen of Vietnam &Prathiva Gupta.

Top-seededDivyaDeshmukhis jointly leading the field with the Mongolian, Mungunzul Bat with a score of 5½/7 and has brightened her medal prospects.

In the Open Category, CM JavokhirSindarov from Uzbekistan continues his relentless march and has established a full point lead over RPraggnanandhaa, who is occupying the 2nd spot with a score of 5½. RaunakSadhwani is in 3rd position.

The lead in Open Category is taken by TaalaibekovTagir with a score of 4/5. The contenders from India are AradhyaGarg and Krishna Teja. Both these players are occupying 2nd spot jointly with a score of 3½.

In the girl’s category, GholamiOrimiAnahita is leading the field with a score of 4½/5 whereas the nearest Indian contender is Lasya, who is in the 3rd spot with a score of 3½

Top Five Ranking at the End of Day 4: