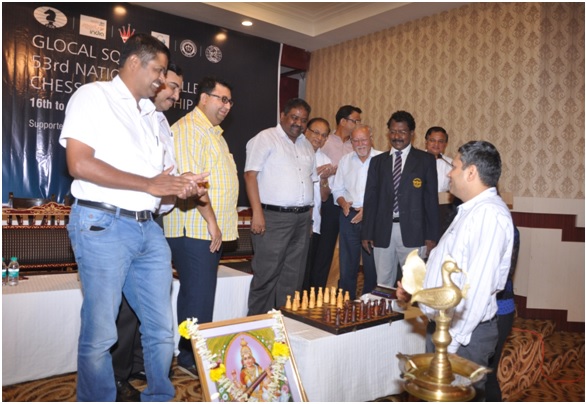 Next 11 days,the centrally located Naivaidhyam Complex Air conditioned halls will witness a close contest among 260 players.There are 10 Grandmasters,37 International Masters and 1 Woman Grandmasters throwing their lot in  this important  national challengers chess championship to be played from August 17 to 27.Also many Asian and World age group champions are in the fray offering their challenge to the veteran masters.The 13 round swiss event will select 9 players for the ensuing National Premier chess championship to be played during month of November.