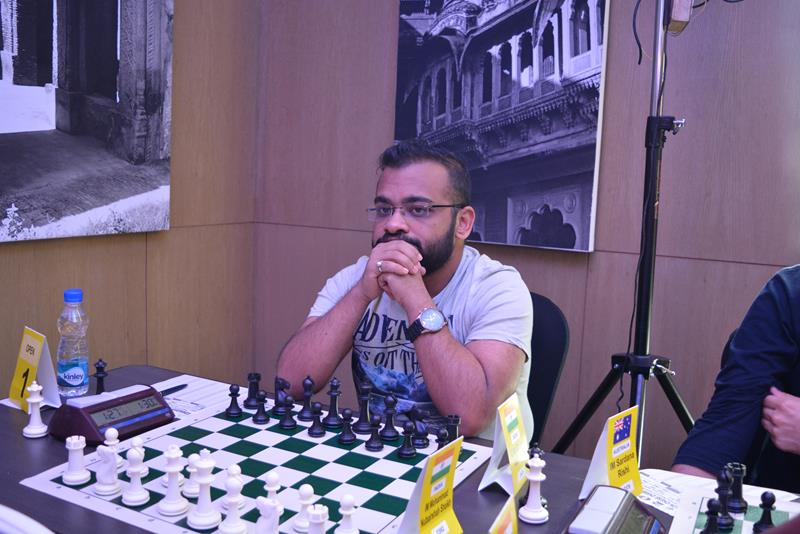 Commonwealth Champion Abhijeet Gupta of Delhi who was in sole lead with 5.5/6 slipped in the end to score 1.5/3 and take the second place at Pardubice on July 29, 2017. Gupta was beaten by Indian team-mate G.N. Gopal in the seventh round. Twenty-five year old Jan Krejci of Czech Republic won seven games in a row after starting with two draws to win the title by a one point margin.

International Master Sayantan Das, 20, of Kolkata made a Grand Master norm by remaining undefeated in the Czech Open. The 2399 rated player clocked a rating performance of 2609, gaining 25.5 Elo in the process.

Nihal Sarin (born 2004) started as seed 43 and finished 13th scoring 6.5 points but missed the GM norm. He suffered only one loss to G.N. Gopal in a battle for the Kerala supremacy! The other GM norm seeker, Abhimanyu Puranik remained undefeated but did not face the required GMs.

The other two IM norms were recorded by FM Nihal Sarin (6.5/9) and Harshit Raja (5.5/9). Untitled Harshit Raja played at 2469 gaining a huge 26.80 rating points. Four draws against the five GMs he faced was the high point for 16-year old Harshit Raja.

Nihal Sarin played at 2558, 42 short of a GM norm in performance rating. However, he made an IM norm and took home 10.9 Elo. Besides the four Indians who made norms, 13 others made norms and this festival is popular for chess and other indoor games.