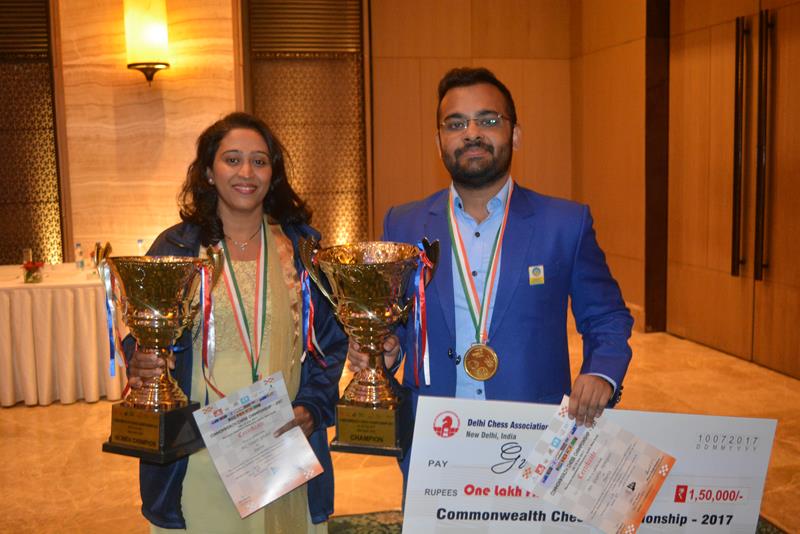 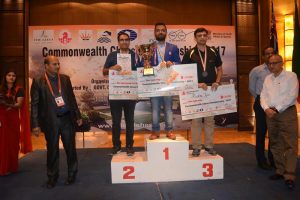 Grandmaster and former world junior champion Abhijeet Gupta came up with an inspired performance in the final round to crush Aleksander Wohl of Australia and annexed the gold medal in the Commonwealth Chess Championship 2017.

The Delhi-based stretched his total Commonwealth titles to four in the last five years and completed a hat-trick of titles. In 2015, he had won the title in Delhi and had won the 2016 edition at Sri Lanka. Gupta was in his elements in the final round as Wohl found no defense. Playing white, it was a queen pawn game by the Indian and Wohl chose an off-beat system that soon spelt doom. The middle game was one sided as Wohl struggled on all parts of the board and it took just 24 moves for Gupta to wrap the issues.

“Every championship or tournament is special but somehow I am able to bring out good chess playing especially the Commonwealth in last few years”, said Gupta after the game. The four times champion pointed out that he played decently right through. “I was better in most of the games I won but I was worse against Tejas (Bakre) especially in the penultimate round, generally I am satisfied about my play here and hope to take this forward in the next few events”, he said. 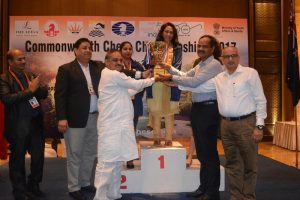 For the records, Vaibhav Suri won the silver while the bronze medal went to Tejas Bakre. Vaibhav Suri played out a draw with fellow GM Abhijeet Kunte, who finished fourth, while Bakre played well in a difficult position to beat M S Thej Kumar. The Women’s Championship was won by Swati Ghate who got rewarded for some excellent play in the early phase of the event. In the final round Ghate defeated Indian junior champion Kumar Gaurav. The Silver here went to Mary Ann Gomes while last year’s champion Tania Sachdev had to be content with the bronze.