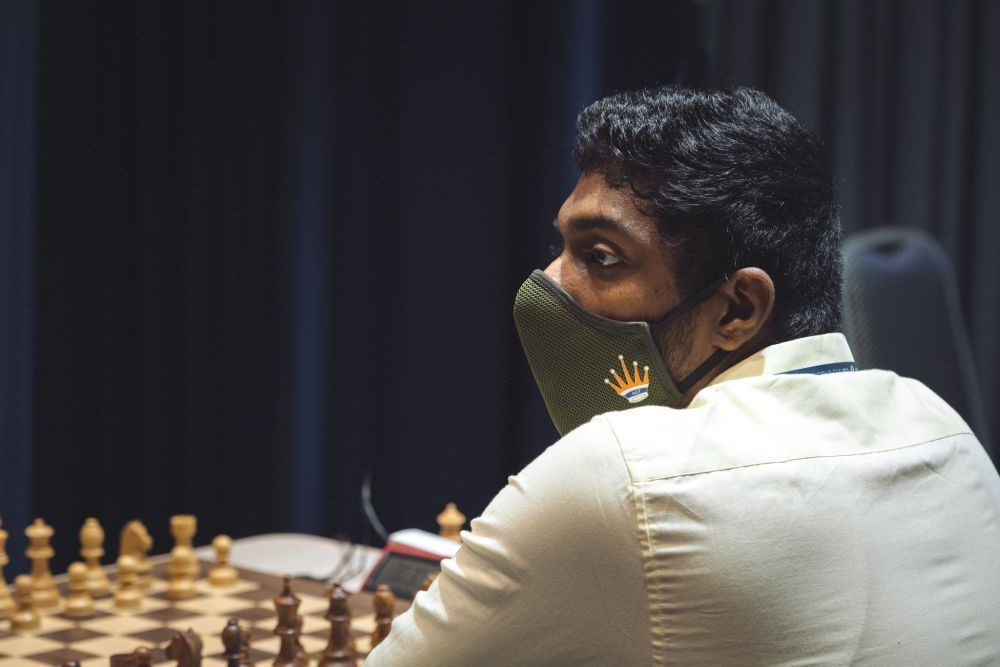 Adhiban scored a resounding victory in just 22 moves over the Cuban GM Neuris Delgado Ramirez to go 1-0 up in the second round of the World Cup. Adhiban needs to make a draw with the Black pieces to advance to round 3.

Praggnandhaa also played impressively to notch up a victory over Armenian GM Gabriel Sargissian. Playing the White side of the Scotch Defense, Pragg kept ramping up the pressure on his more experienced opponent and outplayed him convincingly.

The rest of the games ended in a draw with the exception of Iniyan, who lost against the World No:34 GM Evegny Tomashevskhy with the White pieces. Iniyan needs to strike back with the Black pieces in game two to keep his chances alive.

Vidit was in a bit of trouble against GM Alexander Fier of Brazil, but managed to defend and hold the game. Harikrishna,Aravindh,Nihal played out a balanced draw, while Gukesh played a very interesting and complex game, which ended in a draw against the Russian GM Daniil Dubov, who is ranked at No:28 in the World.

In the Women’s section, Harika won very convincingly against IM Medina Warda Aulia of Indonesia. She got an advantage from the beginning and never let her opponent back. Bhakti played a very interesting draw against WGM Natalia Pogonina, whilst Padmini’s opponent IM Sara Khadem from Iran forced a quick draw with the White pieces. Vaishali had a very interesting game against the more experienced GM Khotenashvili, Bela from Georgia. The game seemed pretty topsy-turvy, but towards the time-control Bela managed to wrest control and win the game. Vaishali also needs to strike back with the Black pieces in order to stay alive in the tournament.