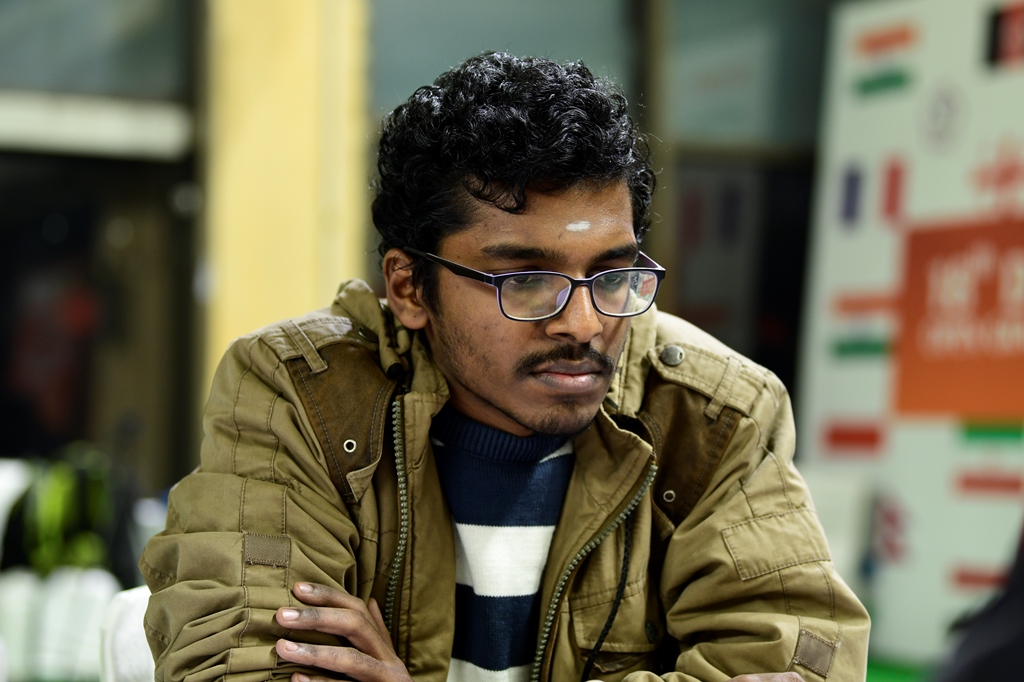 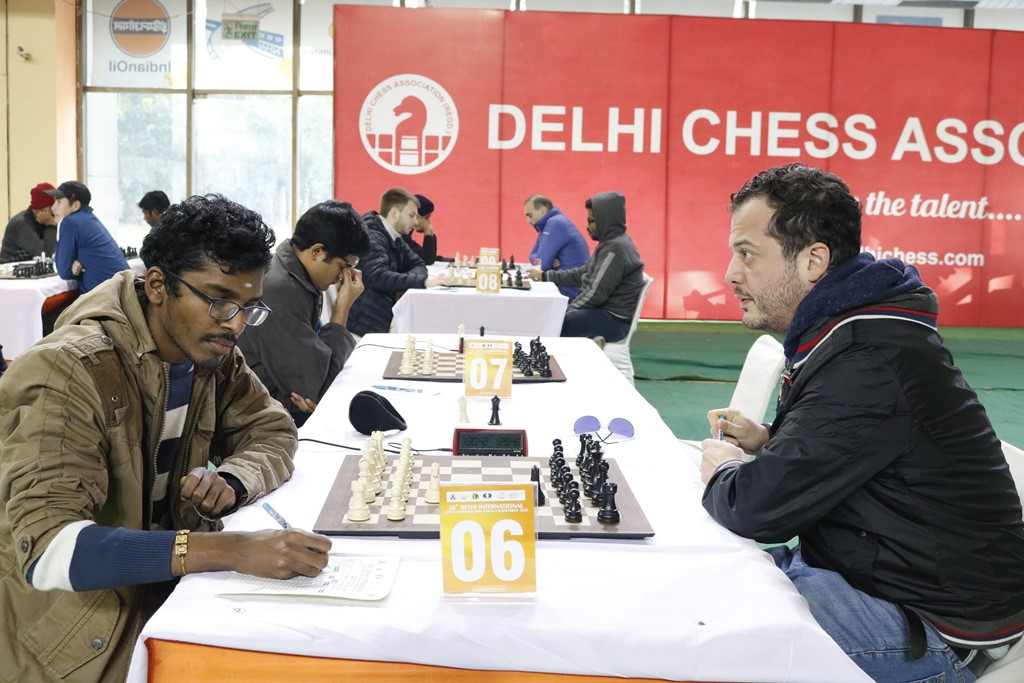 It turned out to be a massive success for Muthaiah with white pieces as Pantsulaia struggled in the middle game and could never really recovered. Winning a rook for a knight Muthaiah ensured he made no further errors and won the game in style.

Utkal Ranjan Sahoo also came up with a good effort to hold Alexey Goganov of Russia on a day when top seed Farrukh Amonatov of Tajikistan was also forced to split the point with Abdialik Abdisalimov of Uzbekistan. 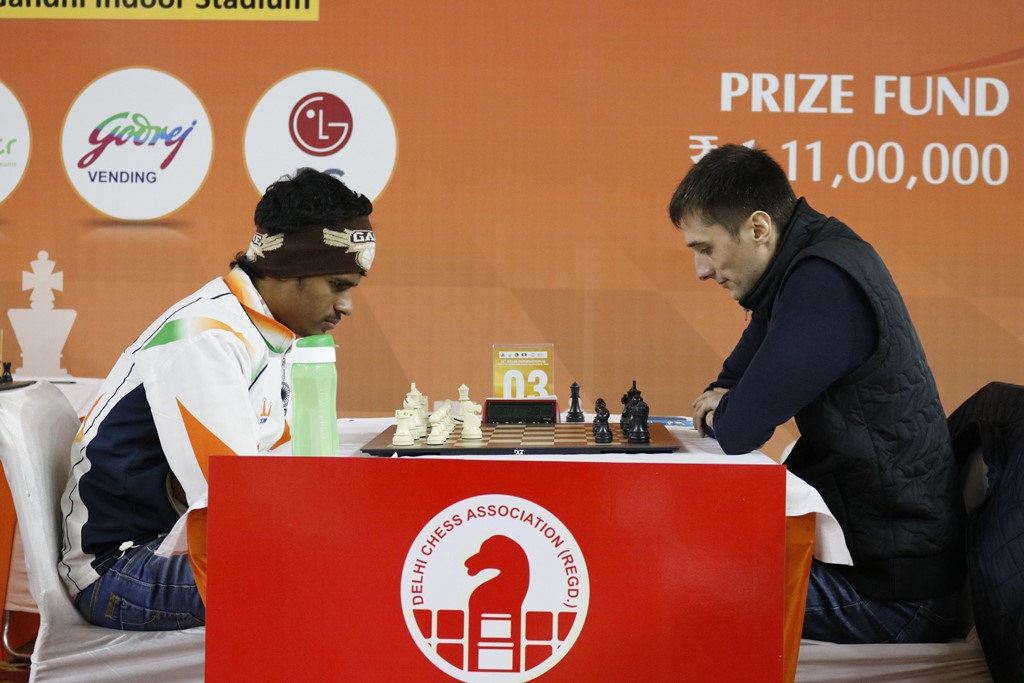 Top-seeded Indian Grandmaster Karthikeyan Murali was also held to a draw by Denis Eraschenko of Russia in another upset result of the day. The second highest-rated Indian Abhijeet Gupta, however, played a fine game to beat Neelash Saha.

Local boy Aaryan Varshney also impressed as he played out a draw with black pieces against Grandmaster Adam Tukhaev of Ukraine. Varshney, who is looking for his third and final International Master norm from the event, was in control for the major part of this hard-fought game.

Ranveer Mohite was the other Indian to impress as he drew with Grandmaster Sahaj Grover who is back in India after a two year gap. Mohite played well under pressure to hold the forte.

With eight rounds still to come in the 10-rounds event, the next round will already see many Grandmasters competing against each other. The total prize pool for the GM event is 3900000 while the Delhi festival has a total prize pool of Rs. 1.11 Crores.