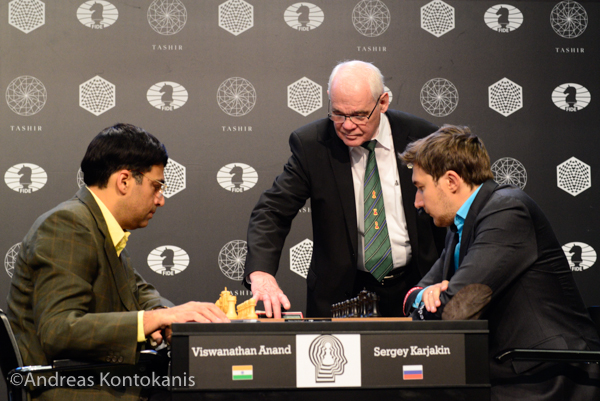 Former world champion Viswanathan Anand is at his best. He recorded his fourth win beating Sergey Karjakin of Russia in the eleventh round of the FIDE Candidates Tournament on March 24.

Anand shares the lead with Fabiano Caruana with 6½/11. Three rounds remain to be played.

In a long rook and opposite colour bishop ending, Anand beat Karjakin in 70 moves to share the lead with Caruana. Hurling his queen side pawns and controlling the lone open file aided the Indian 1969-born Anand to press for a win. Karjakin has no space and was crushed and tasted his first defeat of the event.

Anand and his experience is coming into play in these games. Anand faces Nakamura with the black pieces on March 25.