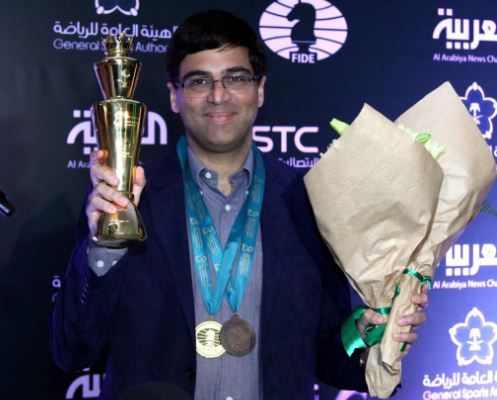 In a double delight for Indians, Viswanathan Anand ended this year with a spectacular performance—Gold medal in World Rapid and Bronze medal in World Blitz Championship. 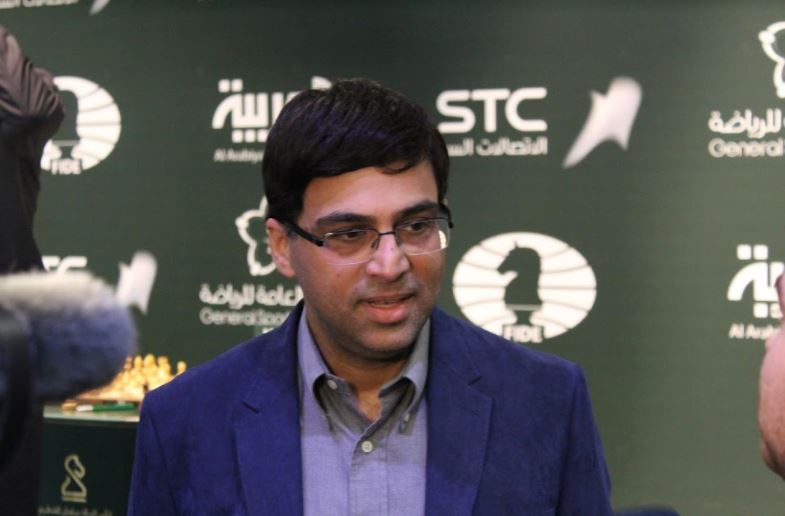 Point and a half behind Magnus Carlsen were World Rapid Champion Viswanathan Anand and Sergey Karjakin. Anand settled for Bronze as Karjakin grabbed the silver medal on a better tie-break score. 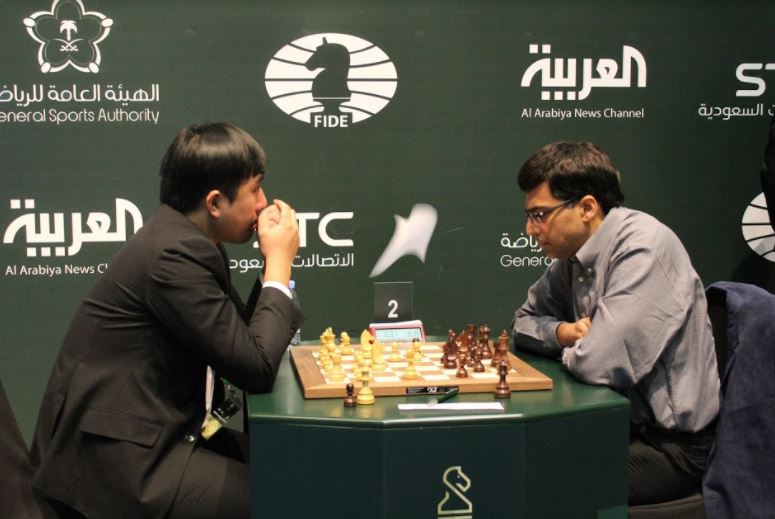 Anand started the 12th round with a victory over Bacrot Etienne of France and also defeated Vladimir Fedoseev of Russia, Baadur Jobava of Georgia and Tigran Petrosian of Armenia. The icing on the cake, however, was the tense final round where Anand showed his class to beat Maxime Vachier-Lagrave.

Now, with the New Year coming, the five-time World Champion said that he will be celebrating the occasion with his family. In a tweet, he also said that he is keeping the medals safe as his wife Aruna Anand had asked him to do so. 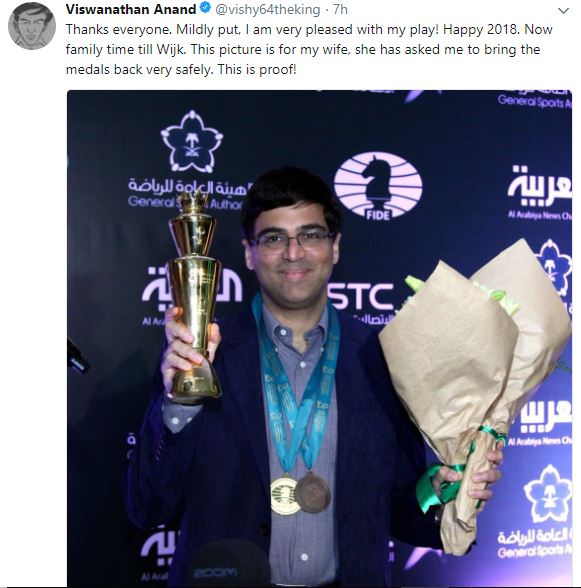