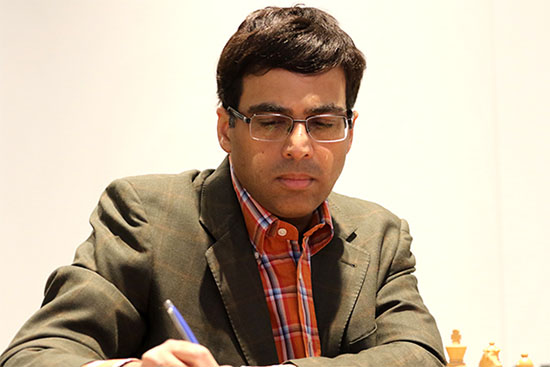 Anand In Joint Lead At Moscow
By Arvind Aaron

Former world champion Viswanathan Anand defeated Shakhriyar Mamedyarov of Azerbaijan to share the lead in the Tal Memorial Chess Tournament that is taking place in Moscow.

In a Ruy Lopez game, Anand as white who defended a piece sacrifice from his opponent was able to corner the black king. Having to surrender a rook or face mate, Mamedyarov resigned on move 54.

In the opening round, Anand drew Anish Giri with the black pieces despite having two doubled pawns in a queen’s gambit declined opening.

In the next round, Anand faces Li Chao of China with the black pieces. Seven rounds remain to be played. The Tal Memorial is an annual super category event to honour the `attacking genius` Mikhail Tal (1936-1992).