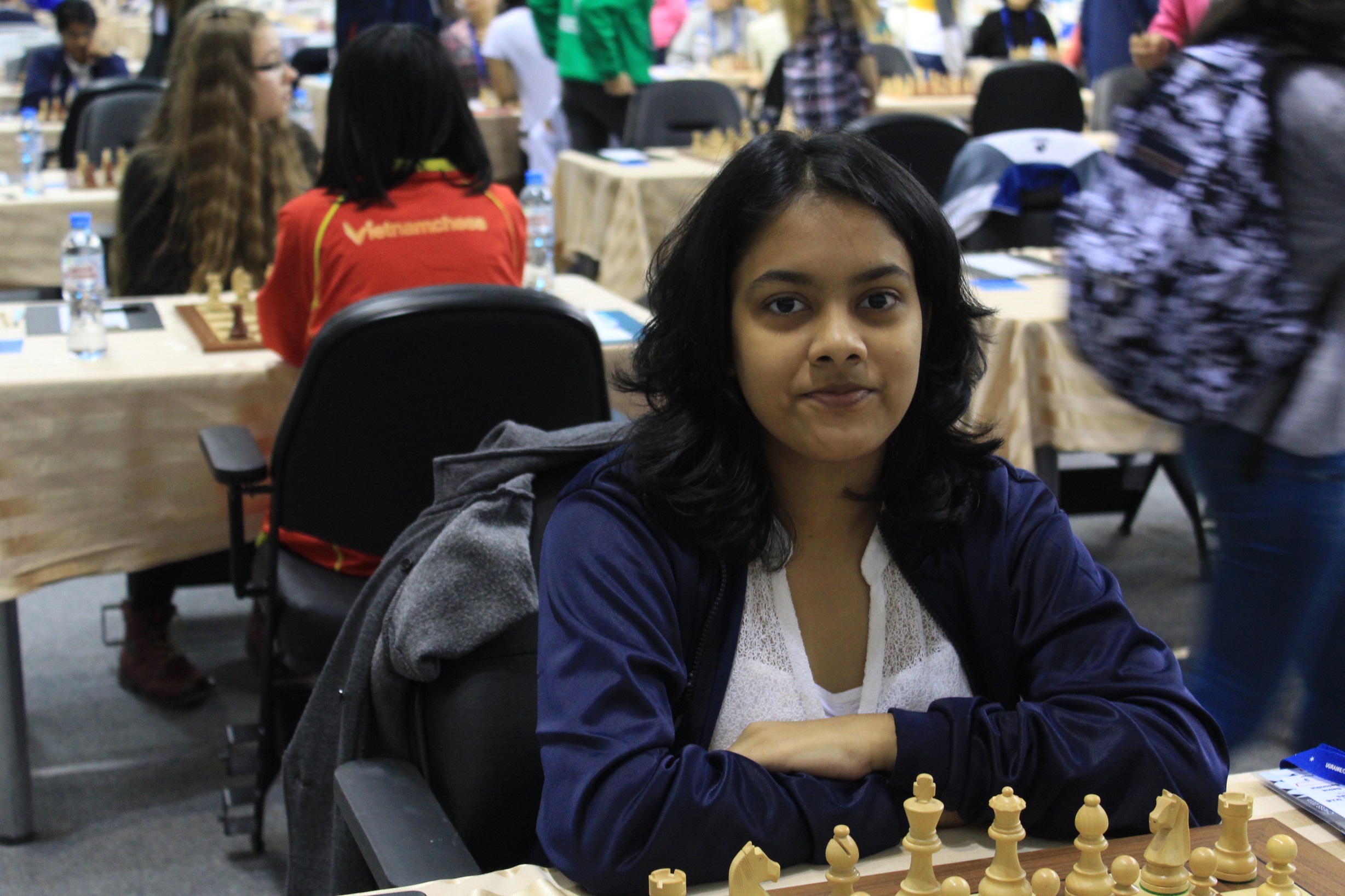 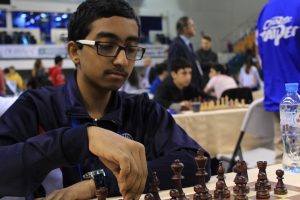 Our recent under 17 National Champion Aakanksha Hangawane moved to sole lead with 5.5 points after a shrewd victory on the top board in the Under 16 Girls section. She has been exhibiting adeptness since the start and continued to maintain her form this round too. She outwitted 10th seed, Kiolbasa Oliwia of Poland and shot into sole lead.
Vantika and Saina have maintained their positions on third spot in the Under 14 Girls section. In round 6, team recorded 6 wins, drew 6 games and suffered 7 losses.

Birthday girl, Vantika Agarwal who turned 14 today was the 1st player today to put India on a winning note and it was quite an enterprising game even though her opponent was lowly rated than her. As the games are in progress, it’s not the rating that determines the result, what actually matters is the attitude of both the players. Particularly, in all these youth championships, many of the players are underrated and are inflicting shocking defeats on their higher rated opponents! Of course, Vantika – being quite an experienced player having represented and won medals for our country in many Asian and World tournaments in the past, was well aware of this fact and was playing to her potential. It was a King’s Indian Defense played by Vantika which she must have learnt from Grandmaster Pravin Thipsay, with whom she is training occasionally. Vantika’s opponent-Koroleva Evgeniyaplayed a new move on move 11 and Vantika had to find the exact plan there onwards which was the turning point of the game. Vantika, soon gained an upper hand and could have forced matters by playing on the King’s side as well. However, she finally chose a concrete plan which showed promise. She exchanged Queens on move 24 and entered an advantageous endgame where all her pieces were in perfect harmony. Koroleva, struggled hard but couldn’t wriggle out of the iron grip of Vantika’s pieces and resigned on 59th move, when Vantika had grabbed her Rook for no compensation.

In the Open category, our latest IM Raghunandhan KSwho got the confirmation of his International Master title just a couple of days ago, is spinning back into form after his initial setbacks in the Under 16 Open category.

Raghu, playing black, countered white’s queen pawn opening with Slav Defense but later transposed to Dutch! It was quite an original position and White’s sharp 7 move – g4 totally complicated the game. It was a pawn sacrifice but without clear consequences and Raghu took up the pawn and accepted the challenge. Further, white offered the sacrifice of a Bishop as well on 16th move but this had lot of venom and Raghu wisely declined the ‘gift’and focused on consolidating his position. Mesaros Florian, playing White ensured king safety while Raghu’s King was quite uncomfortable and Mesaros had the better chances. On top of that, Raghu misjudged the position and had put Queen at the most inappropriate square on 20th move and Mesaros could have won had he spotted a simple pawn gambit move by opening up the centre. Luck smiled on Raghu and Mesaros missed this opportunity. He further sacrificed 2 more pawns to sustain attack in Raghu’s King but now Raghu didn’t budge an inch and transposed his material advantage into a simple technical win in 35 moves. It was a nerve racking game for Raghu and ofcourse for Mesaros as well! 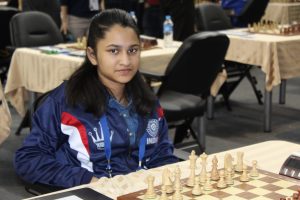 Delhi girl Vantika is 9th grade student Amity International School, Noida. ‘Vishesh and I played chess in school. Bhaiya used to like chess more than me’ whispered Vantika with a smile. The quiet spoken girl was introcued to the game of chess as part of curriculum at school.

Her brother Vishesh who showed very keen interest in the game was initially enrolled into a neighbourchess academy in Noida. Vantika who joined her brother initially as an accompanying play buddy took over the game more seriously. She gradually started playing small tournaments in the city. In about 6 months her hunger for the game grew and she showed promised! Since then there has been no looking back.
Vantika played her very first national was in 2011 in the Under 15 at Delhi. Though unprepared and unrated , Vantika defeated players with rating over 1500 ELO points, which gave her a FIDE rating of 1200 in her very first rating tournament. Subsequently she played many tournaments continuously and have been increasing ELO points a steady 200 points increase year on year and cross the 2000 mark in 2015.

W.r.t Vantika, training has been simple. During her early days in the club she used to take classes from Vivek used to and still trains in her school. Vantika subsequently move up to be trained by Manish Uniyan. Currently she continues to train with Manish Uniyal with expert guidance from GM Pravin Thipsey.