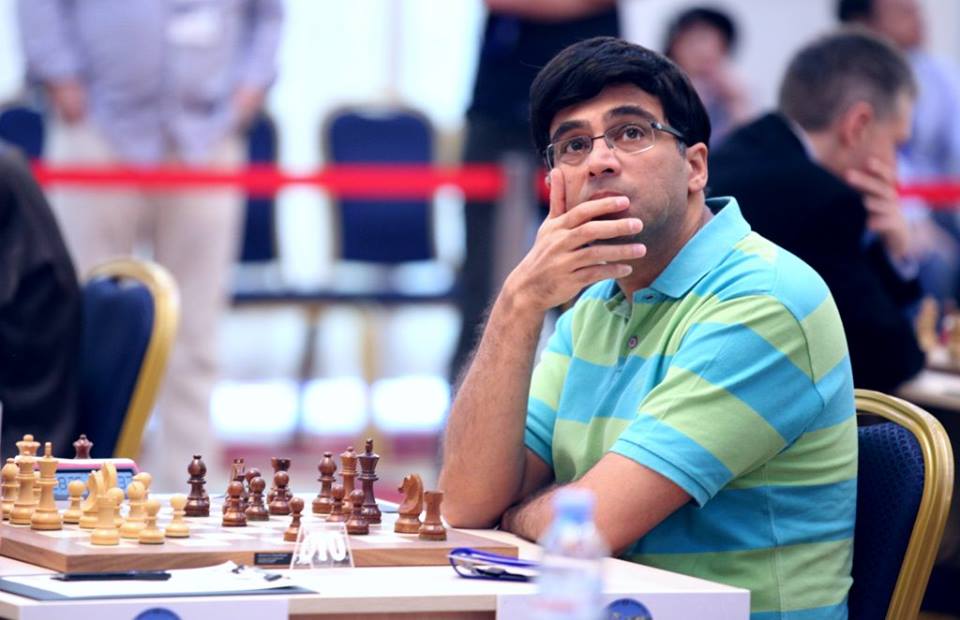 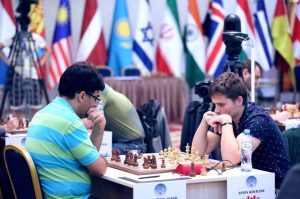 In the first game against Canadian GM Anton Kovalyov, Anand had the white pieces. He played the h3 Sicilian and thanks to superior understanding of the resulting positions, Vishy earned a comfortable edge. However, at a critical moment, Anand cooked up a needless knight sacrifice that backfired immediately. Anand lost.

After losing the Game 1 against Grandmaster Anton Kovalyov, Anand landed in a must win situation. He was unable to beat his Canadian opponent in Game 2 which ended in a draw. He did try to create some play but with no concrete chances available, he took a draw and crashed out. 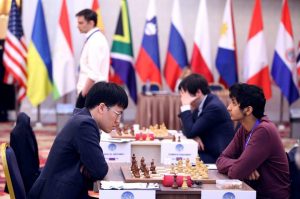 India’s number 3 Grandmaster ViditGujrathi displayed sublime form to reach the third round by winning his game as black against Vietnamese Grandmaster LêQuangLiêm in the first game of Round 2. He drew the next game with white where if anyone had chances, it was Vidit.

Meanwhile, in the other top boards, Sethuraman held Harikrishna for a draw both the Indians locked horns in Rapid tie-breaks. This was reminiscent of the 2015 World Cup where Hari had been knocked by Sethu in a similar fashion. It was déjà vu all over again, as Sethu beat Harikrishna in the tiebreaker to knock the India No. 2 out of the World Cup. 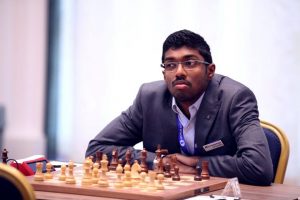 The other remaining Indian, AdhibanBaskaran was up to the task in deep opening preparation and drew with higher-rated Ian Nepomniachtchi of Russia in the classical part of the match. In the rapid and blitz tiebreaker, Nepo outclassed Adhiban to knock the Indian out of contention.

Therefore, going into the third round, ViditGujrathi and S.P. Sethuraman are in contention.