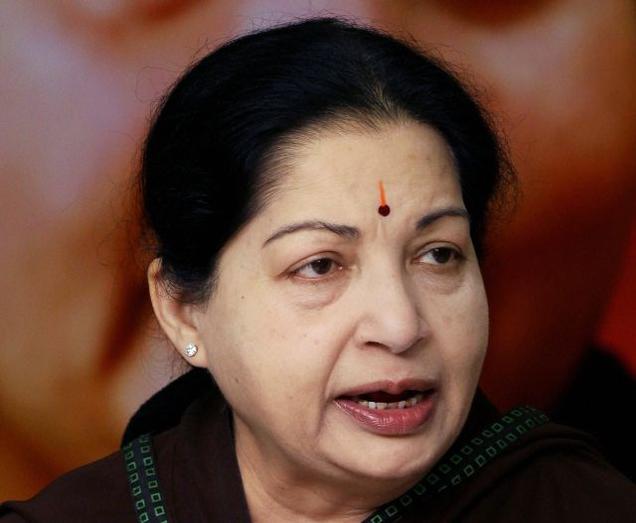 It is understood that FIDE has extended India the deadline date to exercise its right of first refusal to organise this match from March 15 (start date of the London Candidates Tournament) to April 10, 2013.

Chief Minister Jayalalithaa announced in the Tamil Nadu Legislative Assembly at the Fort St George at Chennai (formerly Madras) at 11.30 a.m. Indian time on April 8, 2013 that the state of Tamil Nadu will be organising this match at a cost of Rs.29 Crores.

Half of this will go to the players as prize fund, rest for FIDE fees, taxes, organisational costs said D.V. Sundar, Vice President of FIDE.

Since All India Chess Federation or India has exercised its right, there will be no opening of bid by FIDE for this match. FIDE officials are expected to reach India in the next week and complete the formalities of staging the match.

AICF Secretary Sh. Bharat Singh Chauhan said that the federation would use the opportunity to promote the game in a big way. “We are planning to conduct tournaments for children, seminars and classes along with the main event ” he added. While Nandambakkam Trade fair centre was short listed by FIDE last year, the officials are planning to consider a few other venues before taking a final call. “FIDE Vice President Israel Gelfer will visit Chennai soon to inspect the venue and other facilities.” added Mr. Chauhan. 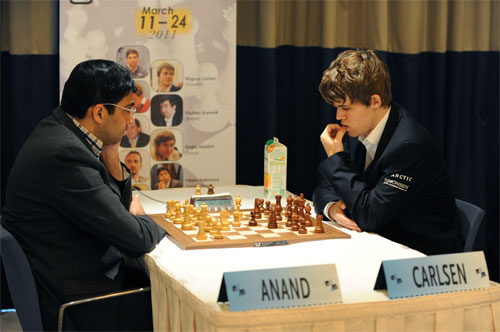 When it happens it will be festive and memorable, said D.V. Sundar who had been manager to Viswanathan Anand and Dibyendu Barua in the Biel Interzonals of 1993. To my knowledge, this is the first time, a title match is sanctioned without a bid, said D.V. Sundar.

In a meet-the-press at “Summit” hall in the seventh floor of Hotel Raj Park, in the heart of Chennai, J.C.D. Prabhakar said each time “Amma” (refering J Jayalalithaa) rules it is the golden period for sport. She can even stage the Olympic Games, he concluded. This announcement by the Chief Minister will create a huge awakening for chess in Tamil Nadu and India said the AICF President.

In his address, Manuel Aaron, 77-year old International Master, said many are worried how Anand will handle Carlsen. He found a way for Kramnik by moving over to 1.d4 and I am sure he will find something new for Carlsen also. He reminded that India is on an upsurge in chess with the third (behind France and Spain) highest number of players in the FIDE rating file. He congratulated the All India Chess Federation and the Tamil Nadu State Chess Association and thanked the Tamil Nadu Chief Minister Jayalalithaa for making this happen. When it happens it will be an eye-opener for Indian chess.

Former National ‘A’ player V Hariharan who took over as General Secretary of the Tamil Nadu State Chess Association only on April 1, 2013 thanked the gathering.

Indian chess is at a new high. Organisational achievements are catching up if not growing taller than the achievements of the players. Organising the World Championship will be the creamy part of the cake. The World Championship of 2000 was held in Delhi until the semifinals and the players moved over to Iran for the finals. The 50th World Junior of 2011 and the Anand v Dreev, Candidates Match of 1991 were the biggest chess events organised at Chennai so far. The Anand v Carlsen match when it happens will be bigger than both.