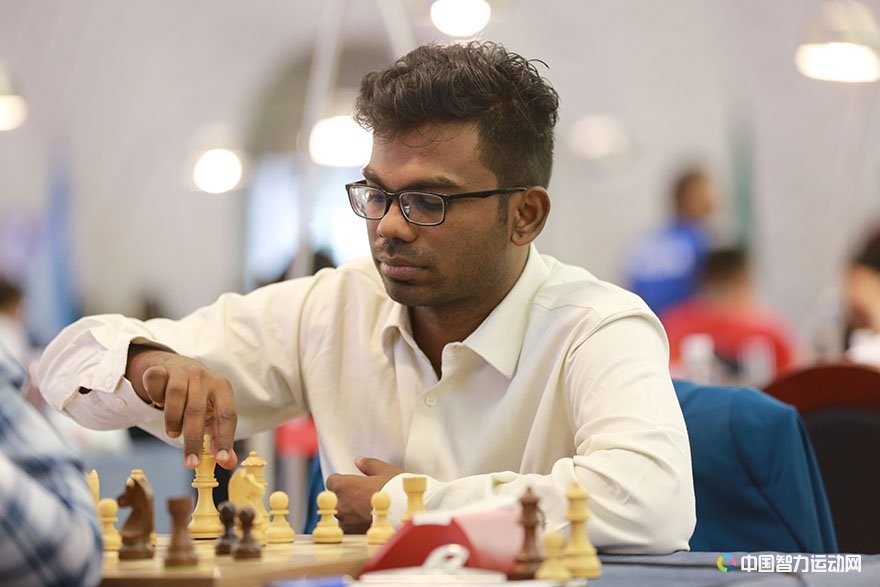 GM Sethuraman won a fine game against GM Tran Tuan Minh of Vietnam in a Sicilian Nadjorf game to perch himself as one of the joint leaders. Earlier, he had won with Black in the same variation on round 2 against IM Raunak Sadhwani.

GM Karthikeyan Murali became one of the other players in joint lead after he outplayed compatriot GM Vishnu Prasanna with the Black pieces in Queens Gambit Declined. He had a comfortable victory in round two against IM Xu Zhihang of China. IM Xu made a well-known mistake in the opening and got into a terrible position. GM Karthikeyan hardly required a second invitation.

In the women’s section, WGM Bhakti Kulkarni scored a smooth victory against compatriot WIM Mahalakshmi in a Catalan game to become one of the joint leaders. This brings her live rating to 2399.8. She now requires a draw against her co-leader IM Saduakassova Dinara of Kazakhstan to complete her IM Title as she has already earned 3 IM norms.