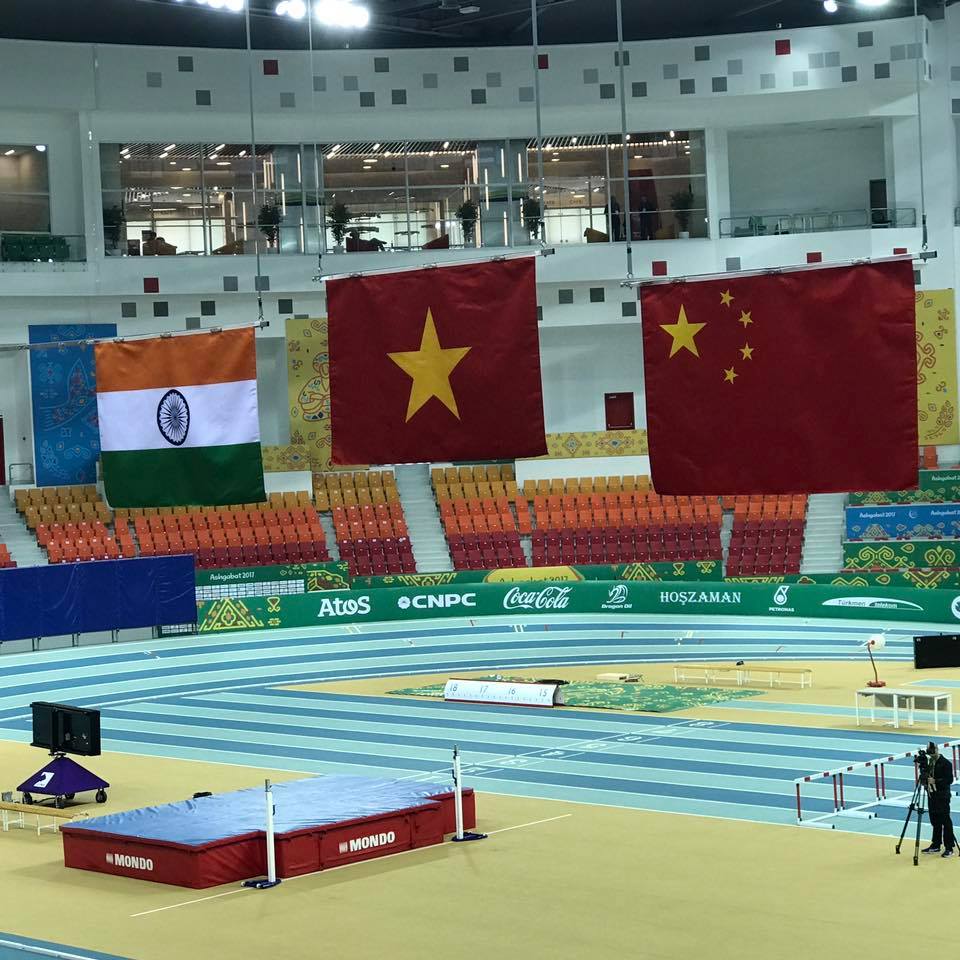 Tension reigned from the first moments of the final round of the Standard Individual Chess events of the Ashgabat 2017 5th Asian Indoor and Martial Arts Games at the Chess Arena on Sunday, September 24.

Co-leaders on the men’s side, Quang Liem Le (VIE) and Lu Shanglei (CHN) played alongside each other, both with the white pieces. If they finished level on points, the tiebreak formula would probably give Le the gold, so Lu cagily waited to see how Le’s opening shaped up. 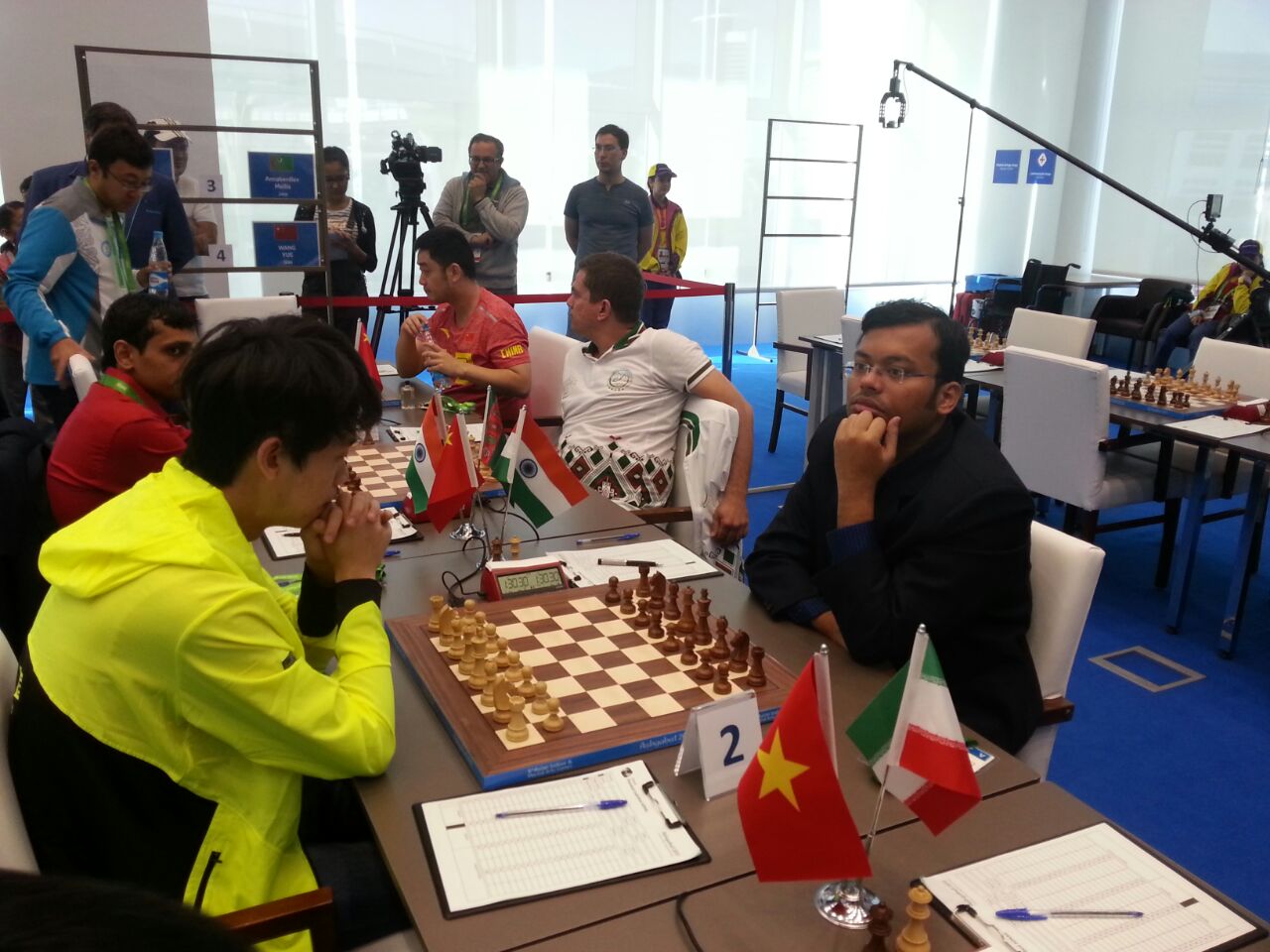 Le’s game finished much earlier than Lu’s, in a draw. Lu was on the backfoot against Ganguly for a long time and did not have hopes of winning until late in an ending.

Ganguly held the draw, meaning Le and Lu finished level on 5.5 points. Le took the gold on tiebreak, and deservedly so, for his play has been almost impeccable at Ashgabat 2017. 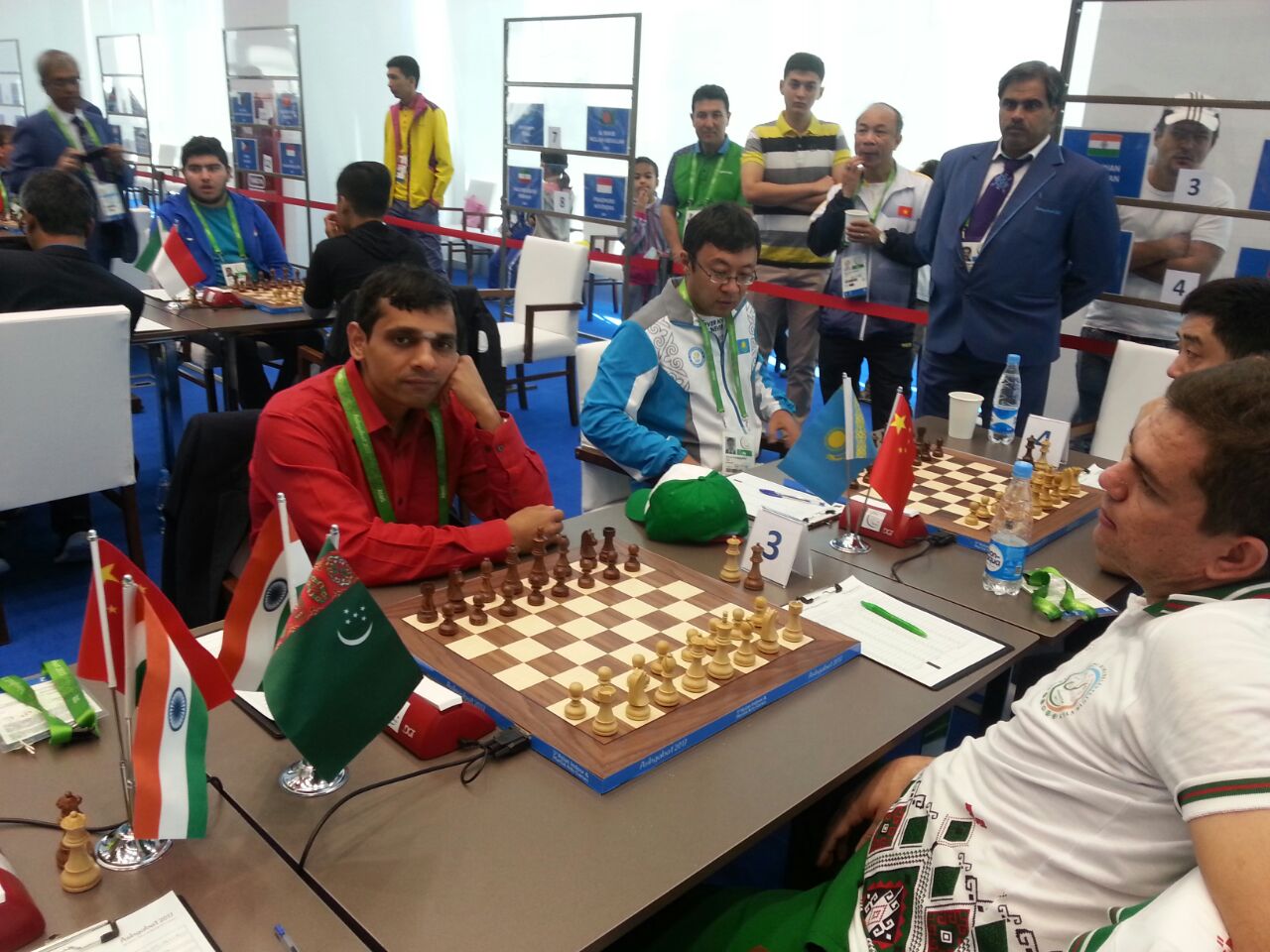 Lu took the silver medal and a tiebreak formula for bronze was needed to separate four players on 5 points: Idani, Sasikiran Krishnan (IND), Enamul Hossain (BAN) and Mikhail Markov (KGZ) – the last two winning on demand in round 7. The formula awarded the bronze medal to Krishnan.

The women’s Standard Individual event came down to micro-matches between China and Kazakhstan on the two top boards.

On board 2, top seed Lie Tingjie (CHN) came well prepared for Zhansaya Abdulmalik’s (KAZ) pet system versus d4 (Nf6, d6, and quickly Bf5, then Qc8 after white’s Qb3). Lie gained oceans of space, imprisoned black’s knights on the edges of the board, and was never off balance as she marched to victory and a silver medal at 5.5 points, 0.5 points behind Tan. 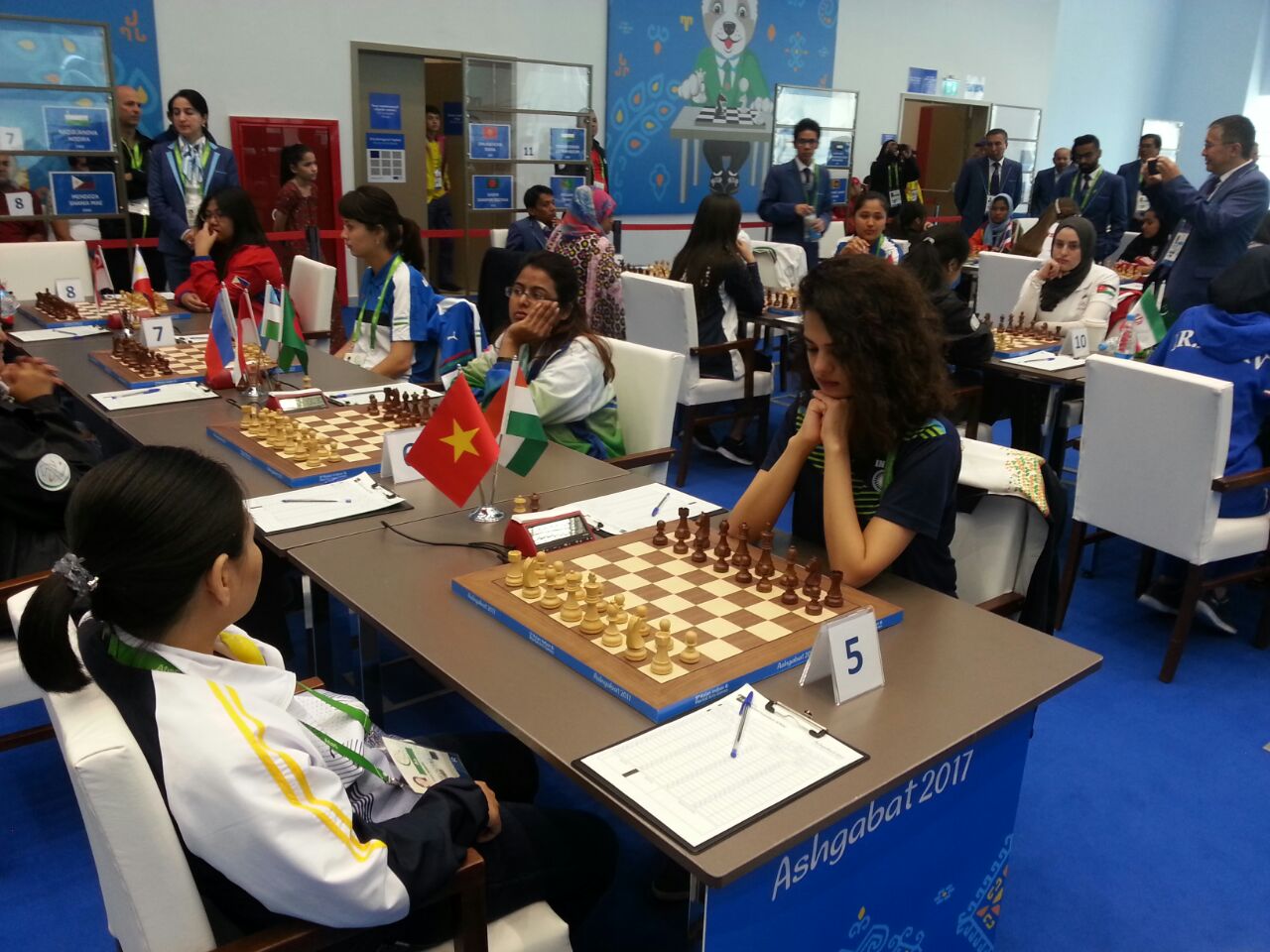 Zhu Chen (QAT) performed under pressure on board 3 and defeated VO Thi Kim Phung (VIE), but did not win bronze owing to the tiebreak formula used to split five players on 5 points.