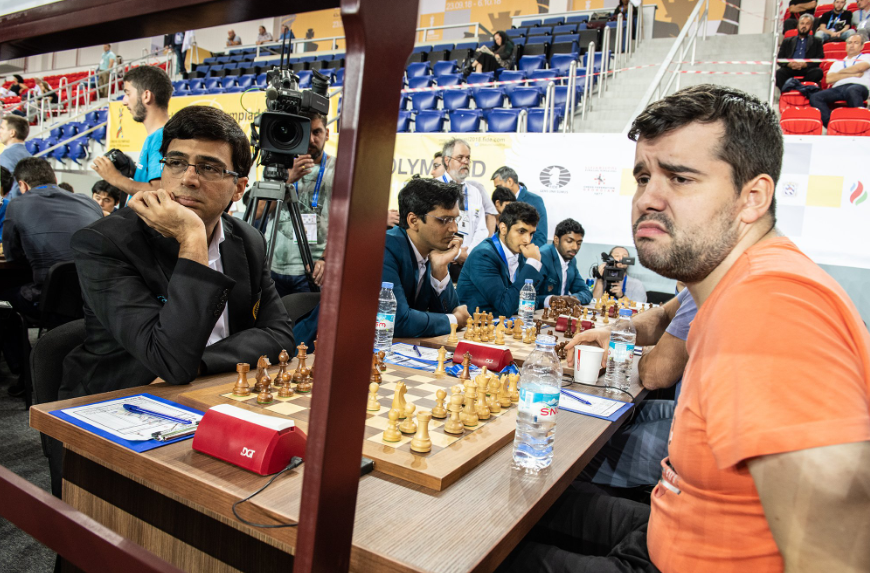 Five-time world champion Viswanathan Anand helped the Indian men hold second-seed Russia to a draw in the sixth round of the 43rd Olympiad Batumi 2018 Open on Sunday. Meanwhile, the unbeaten Indian women’s team came close to defeat sole leaders United States but eventually had to settle for a draw. 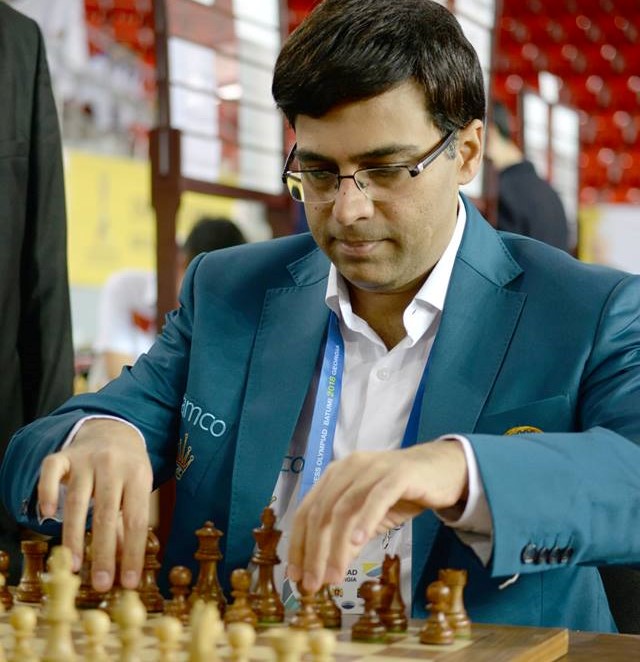 Anand came up with a brilliant counter-attack to hold Ian Nepomniachtchi to a draw on the top board.

The score was the same between Russia and India. A draw on all four boards.  P Harikrishna held former World Champion Vladimir Kramnik to a draw on the second board while Vidit Gujrathi and B Adhiban drew with Nikita Vituigov and Dmitry Jakovenko on the last two boards.

Women’s leader American team split the points for the first time with India – 2:2. For India, it’s the second draw in this event.

On the first and the third boards, Koneru Humpy and Tania Sachdev defeated Zatonskih Anna and Abrahamyan Tatev, on the second and the forth boards Irina Krush and Yu Jennifer defeated Harika Dronavalli and  Eesha Karavade. 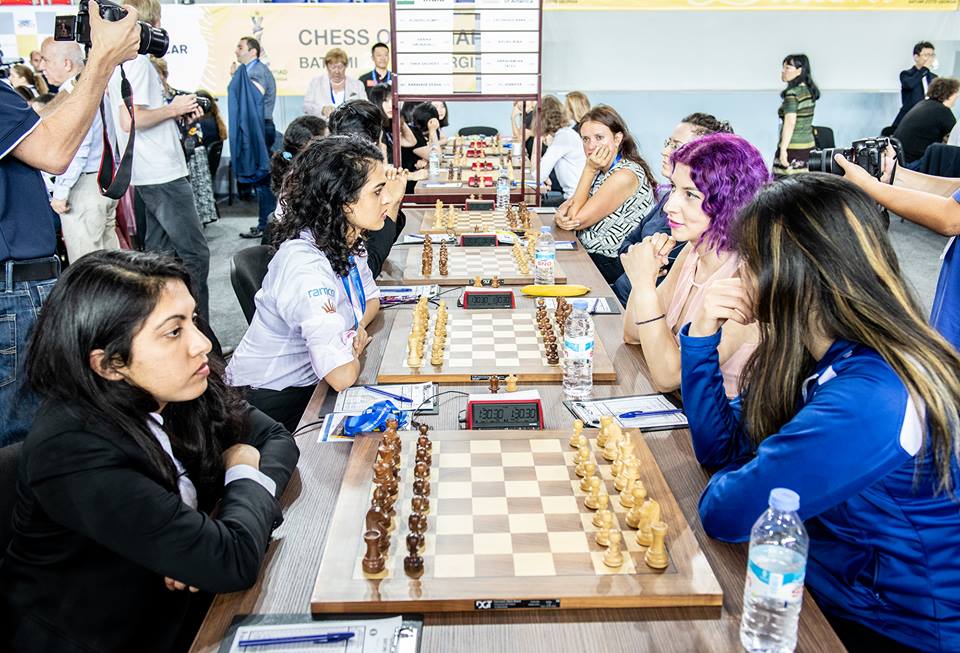 With fives rounds still to come, Azerbaijan and Poland lead the open section while USA and Armenia top the women section.