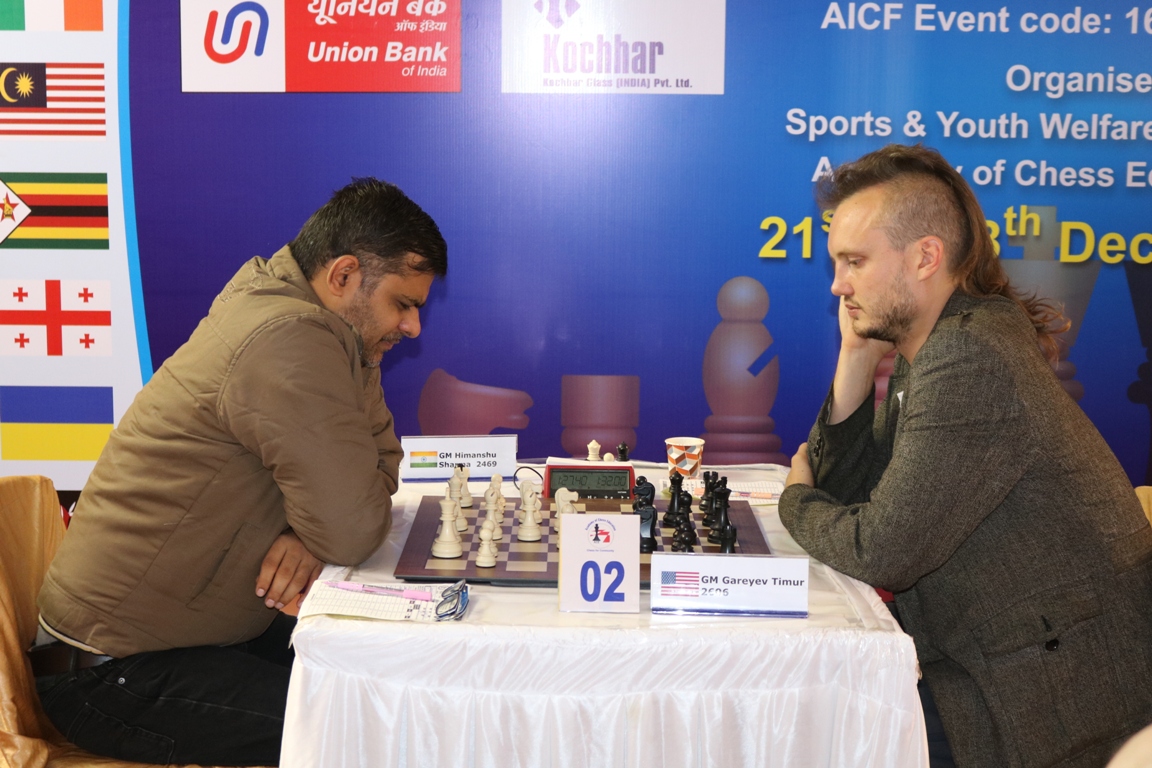 Bhopal: The International Grandmaster Open tournament is all set for an exciting finish. The question remains on who will win the title, the suspense continues to the final round. However, on a positive note, Indian Grandmaster Himanshu Sharma is among the five contenders involved in the title race.

Himanshu Sharma turned the tables in his favour after defeating top-seeded Amercian GM Timur Gareyev. Not only, did he beat the Grandmaster but also created possibilities of getting the title to his name. Himanshu, who was playing with white pieces, started with an aggressive approach towards Timur’s king from the beginning. The game entered in the Sicilian Opening territory and when the pressure started building on Timur, he did not give the correct response to the joint attack of both Bishops, Queen and pawns. As a result, he had to face defeat in 41 moves.

In other top boards, most of the games left on equal footing and the result was such, that 5 players are now playing on 7.5 points. Vietnam’s Tran Tuan Minh and Rozum Ivan of Russia played draw in 29 moves. The game was played in the Nimzo Indian Opening and after an endgame of rook and bishop, it resulted in a draw. Due to this draw, the other three players got the chance to get in the lead.

Yesterday’s highlighted player, Ankit Gajwa lost to Malaysia’s- Li Tian in a seemingly drawn position. In this Scotch opening game, Ankit played neck to neck till 27 moves although in the 28th move he could have captured 2 pawns but he missed the chance and played the rook wrongly due to which he lost his match.

Moving on to the scoreboard, it is clear that if the player in the lead scores a victory on the last round, his possibility to win the title will be highest. As of now Indian player Himanshu Sharma, Vietnam’s Duc Hoa and Tran Tuan Minh, Malaysia’s Li Tian and Russia’s Rozum Ivan; after scoring 7.5 points are at first position. And it seems that one of them could be the winner.