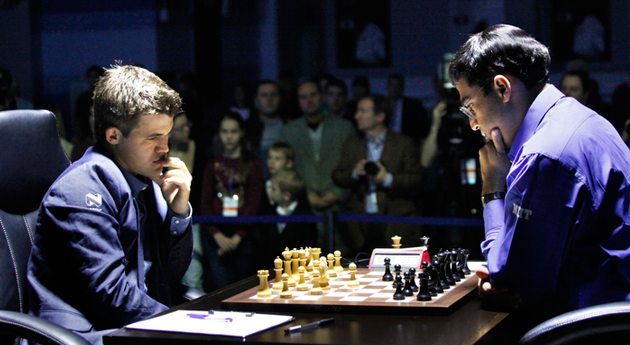 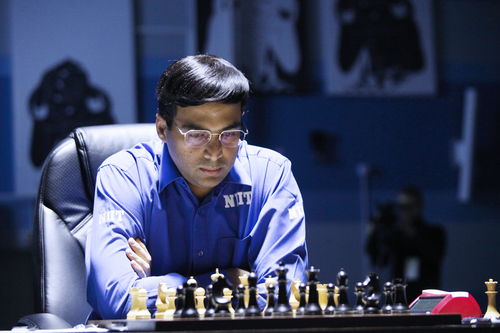 World champion Magnus Carlsen of Norway revealed strong preparation with the black pieces to hold challenger Viswanathan Anand to a quick draw in the eighth match at Sochi, Russia on Tuesday. Carlsen leads 4.5-3.5 with Wednesday being a rest day. Four games remain to be played.

Two-third of this match has gone down in history. The champion Magnus Carlsen holds a slender 4.5-3.5 lead with four game still to be played. Many of the games were thoroughly fought until a clear verdict is on the table. Carlsen might be considered boring but playing out these equal positions can push some players to blunder material or lose the positional grip and so on. 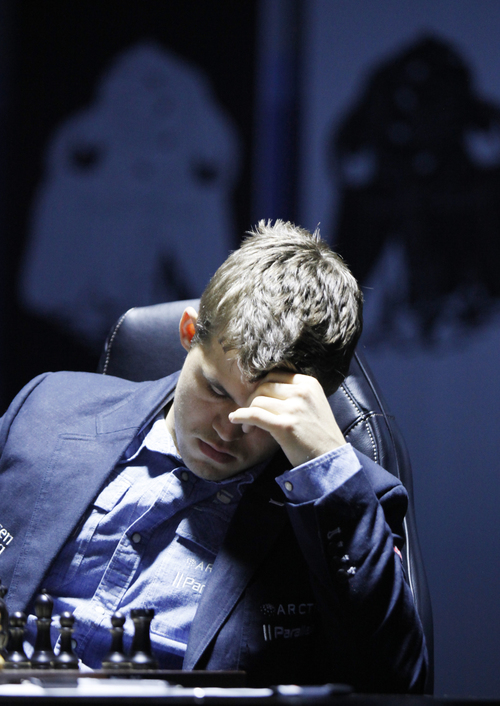 In the third game, which followed the same opening, Anand crushed Carlsen with powerful opening preparation. Carlsen came for this opening, well prepared and his sixth move revealed that. With some accurate moves like 17…Rad8 black was able to equalise. Anand’s only advantage was the light squared bishop against the bad bishop of the black side. Later, in the bishop and pawn ending, Anand’s 41st move draw offer was accepted. White could not show much advantage in game eight as pieces and pawns got regularly exchanged off and went into the box.

In baseball terms, it is strike one for Anand after game eight. Viswanathan Anand said, “I didn’t get much from this one, but there are still two games with white pieces.” The remaining two games will be match games ten and twelve that could be pulsating and dramatic. Nevertheless, in the last four games, both players will have equal number of white and black encounters. In the 1998 match against Karpov, Anand won the last game to tie the match and enter the tie-break which he eventually lost.

Who are the people who are following this match? Sergey Brin (age 41, networth USD 29.9 billion, 21st richest in the world, Russian born who suspended his Phd studies to co-found Google in a rented garage with Larry Page), George Soros (84, the atheist, 25th richest in the world, Hungarian-American business tycoon who was once a railway porter in England), Bill Gates (59, networth USD 82 billion, richest man in the world, Microsoft co-founder with Paul Allen), Mikhail Gorbachev (83, the atheist, politician, last Soviet leader). 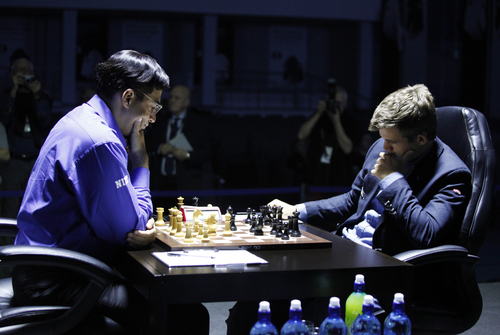