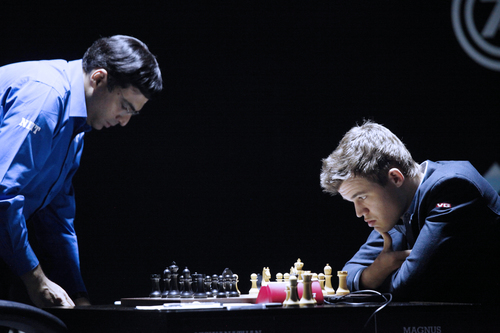 World champion Magnus Carlsen of Norway obtained nothing with the white side against the Ruy Lopez, Berlin variation and drew in 20 moves against Viswanathan Anand by perpetual checks.  The score stands at 5-4 in favour of Carlsen. In the last three games, Anand plays two white games and needs to win both to regain his title he lost at home in Chennai last year.

Carlsen, at 23, who turns 24 next week appears to be tiring. Fitness perfect Anand now has to press longer and win atleast one of his last three games to force the tie-break.  Anand had beaten Carlsen at the World Rapid Chess Championship in Dubai this June. His chances in the rapid should be little better than the classical chess games. 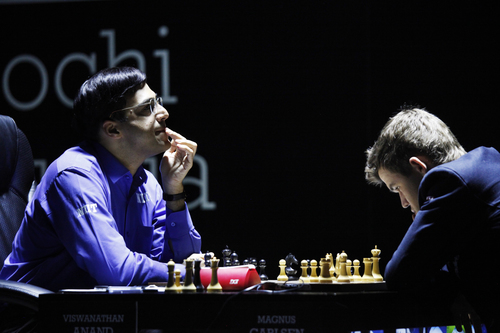 Anand was quick in game nine and consumed just 14 minutes before signing the draw. Although FIDE rules state that a game may not end inside 30 moves in agreed draw, the players had to repeat and chief arbiter Andrei Fillipowicz of Poland had to allow this as an exception.  The game lasted a little more than an hour, the shortest in the series they played in two years. Spectators cannot ask for a refund since entry at Sochi was free! It is a holiday resort on the Black Sea.

Match game was a win-win situation for both Anand and Carlsen camps. This is the easiest draw that Anand made in the match. Carlsen looks tired and a draw should be good. But he needs three more of these to retain his title.  Anand would want to hit in game ten on November 21 and if it does not work, try to win in both, games eleven and twelve to neutralise the one point deficit. This means, if game ten is a draw, Anand might want to risk in game eleven with black and not leave it too late. 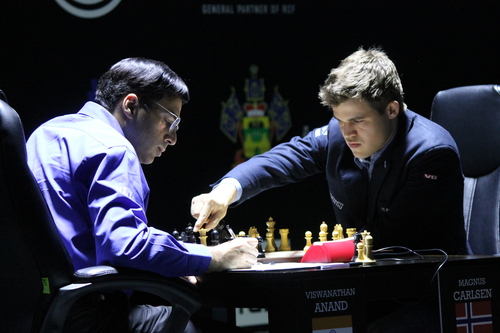 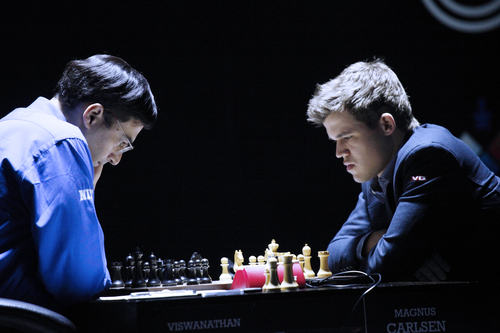