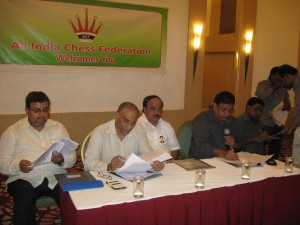 AICF will have a certification of Trainers programme to enable schools to introduce chess smoothly. This is the most important decision made among many other decisions on March 3, 2013. The certification will come at a nominal fee.

The All India Chess Federation will select top three boys and girls from the national school under-5 chess championships to represent India in the Asian U-5 Championships.

This was decided by the AICF at its central council meeting that took place at the Ramada Inn in Chennai on March 3, 2013.

The AICF President J.C.D. Prabhakar who chaired the meeting said he noticed healthy competition among states.

The President, Honarary Secretary Bharat Singh, Honorary Treasurer R M Dongre, FIDE Vice President D V Sundar came Straight after inaugurating the one day Blitz event with a Prize Money of Rs.2 Laksh. Prabhakar said, Mr.Balaganga, Member of Parliament inaugurated the event with 780 players. Last year 1,75,000 was the Prize money, this time the prize money was Rs.2,00,000. The event was sponsored by J.C.D.Prabhakar and held in the honour of Tamil Nadu Chief Minister J. Jayalalitha on her 65th Birthday.

The AICF approved Rs.1000 per player as food expenses to all selected and seeded players in all the age group Nationals for Nationals other than Junior/Sub-Junior/Challenger/Premier. This expenditure will be met by the AICF.

The AICF gave 22 States 45 Days Time to submit their constitution copy and Bye-Laws or else face temporary suspension. 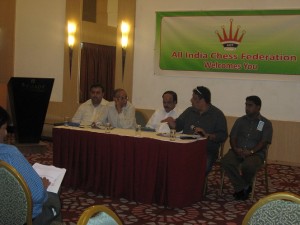 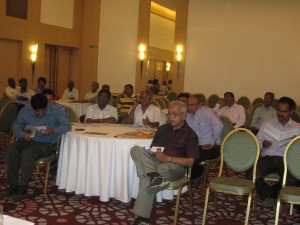 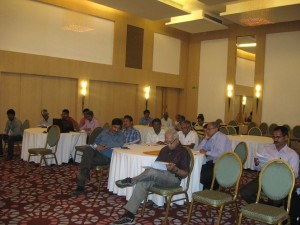 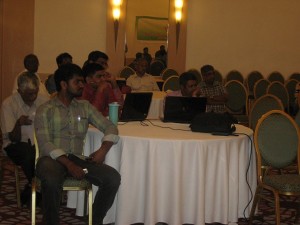