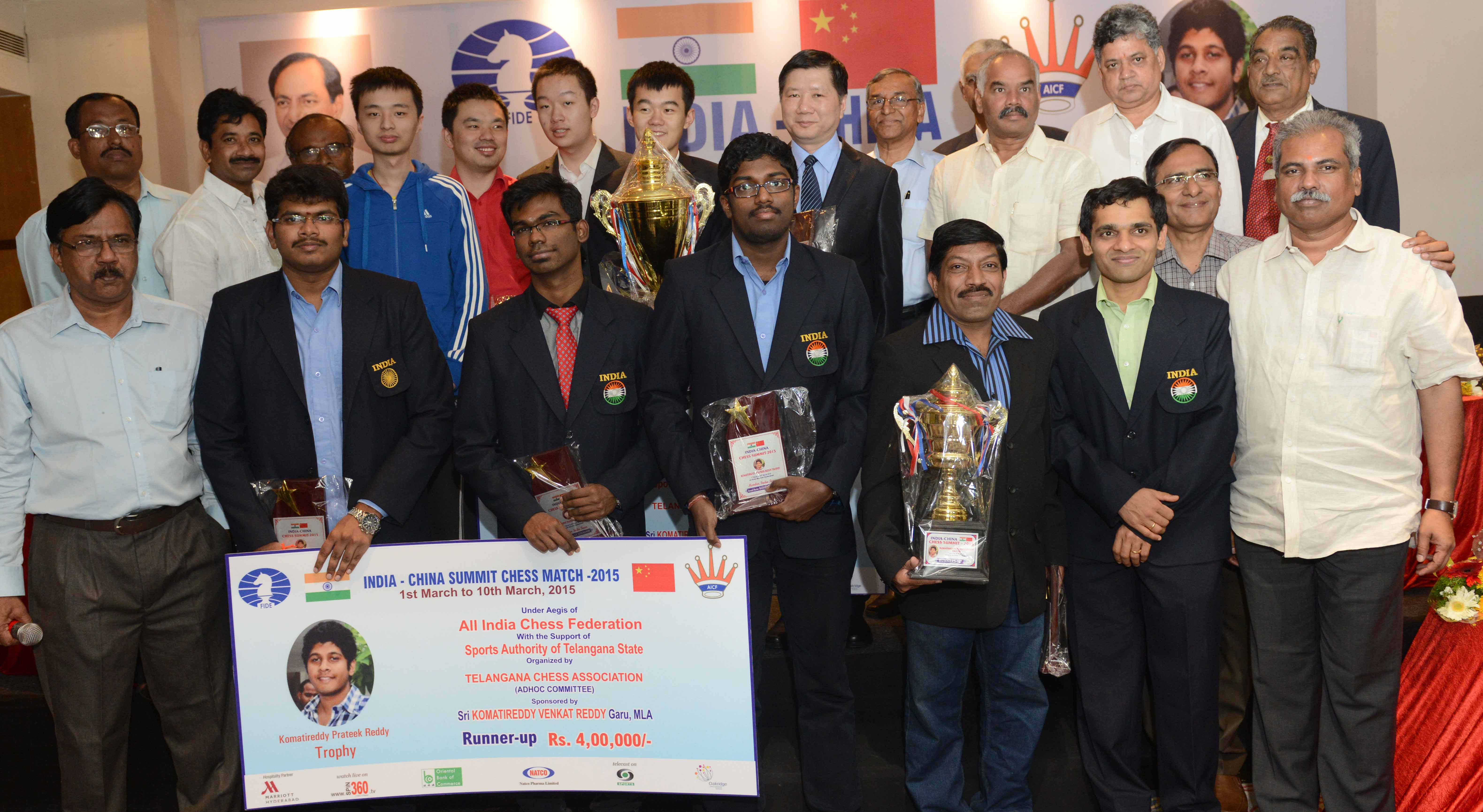 The second half did not go India’s way. After the sides won two rounds apiece to be level at 8-8 at the half way stage, the second half went decisively in favour of the visitors. China won 2.5-1.5, 3-1, 2-2 and 2.5-1.5 to wrap up the series with a healthy four point margin. 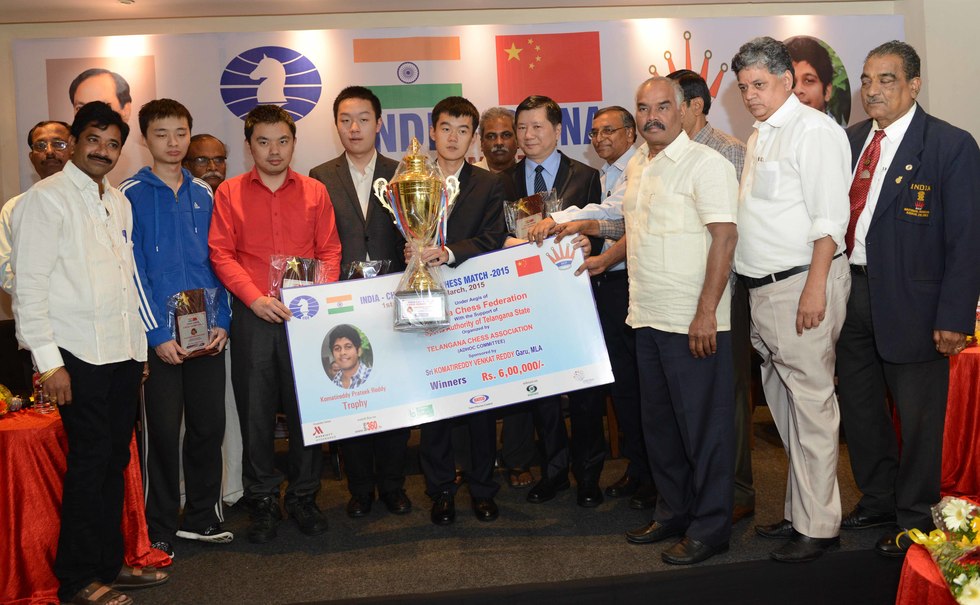 The Chinese pulled up their socks in the second half to win the 4-player Scheveningen system double round event with a 18-14 margin at Hyderabad on March 10, 2015. The Telangana Chess Association organised this event on behalf of the sponsors, the All India Chess Federation.

Considering the strenth of the teams, a similar score could have been anticipated. However, being hosts, India should have done better. Sasikiran and Adhiban were off form. Sethuraman and Lalith Babu performed well.

Sethuraman scored 5/8 and Lalith Babu got 4.5/8 to pump Elo points into their April 2015 numbers. Sasikiran made 2 and Adhiban 2.5 and the Indian scoring suffered on account of it. 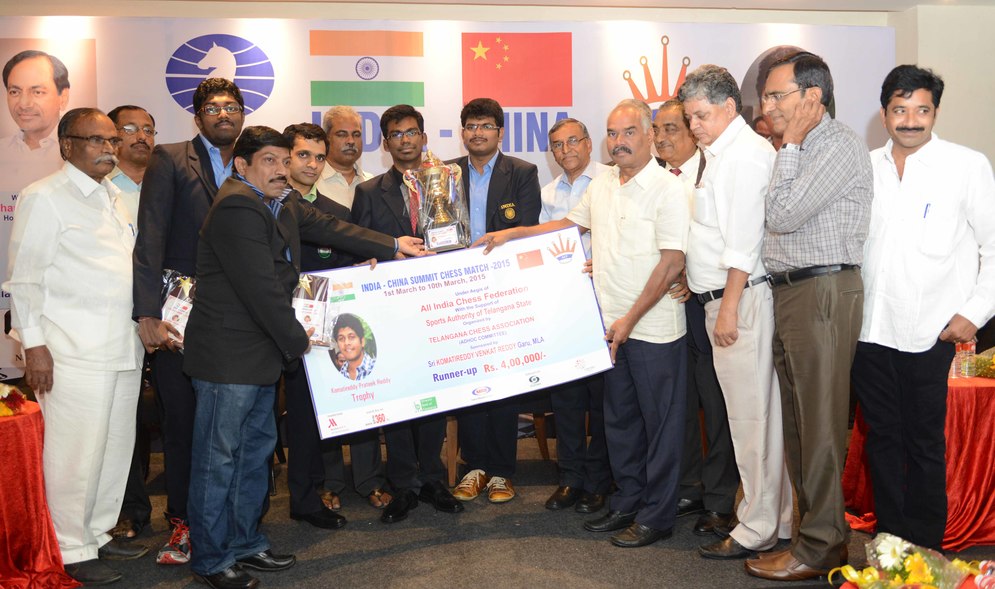 China won but the margins they got would not have pleased their rating numbers. Ding Liren made 5/8, Wei Yi and Wang Chen scored 4.5/8 each, Zhou Jiangchao 4.

China won the Komatireddy Prateek Reddy Trophy and INR 600,000 while India received INR 400,000. The Governor of Andhra Pradesh and Telangana States, E.S.L. Narasimhan was the Chief Guest in the closing ceremony.
The aim of this event was to give training for the Indian team before playing in the World Team Championship at Armenia. Facing Olympic Champions China would be the best practice and the All India Chess Federation provided that. The event took place at the Marriott Hotel in Hyderabad.