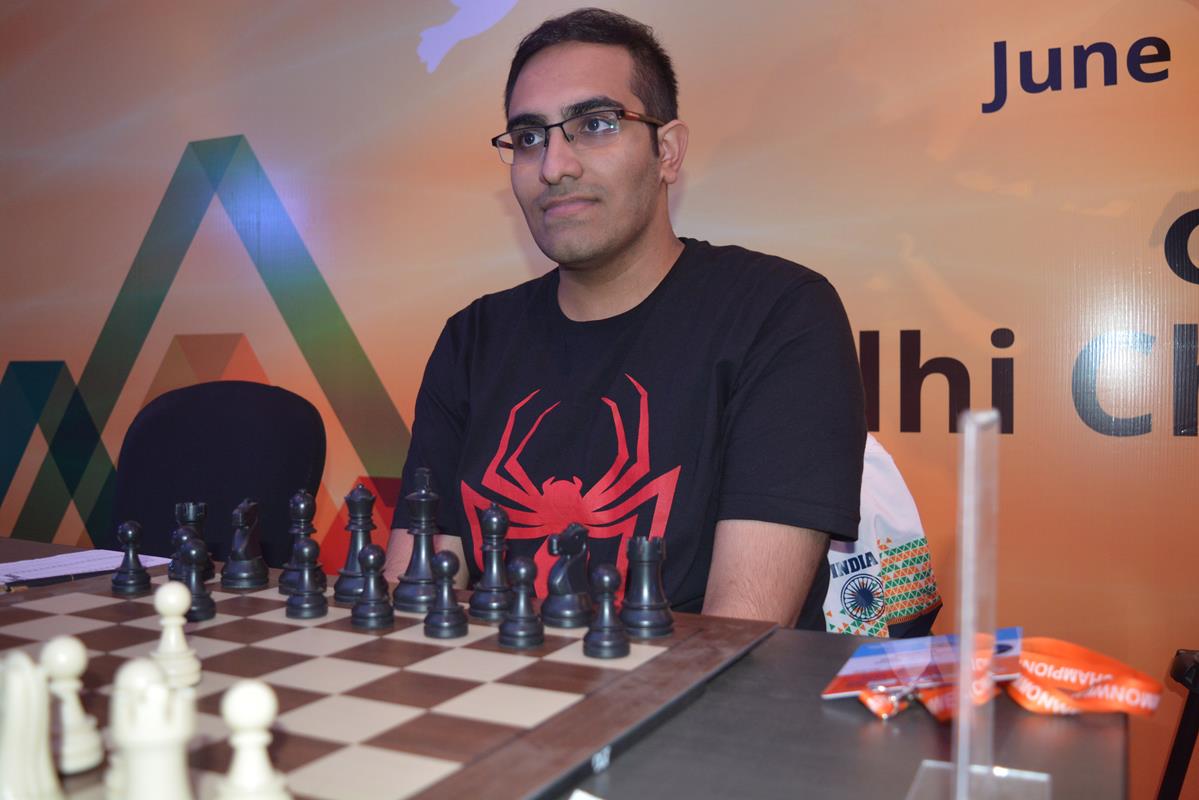 Second seed and local favourite Grandmaster Vaibhav Suri along with International Master S Nitin are leading the table with six points after the end of the seventh round matches of the ongoing Commonwealth Chess championship at the Leela Ambience convention hotel on Sunday. 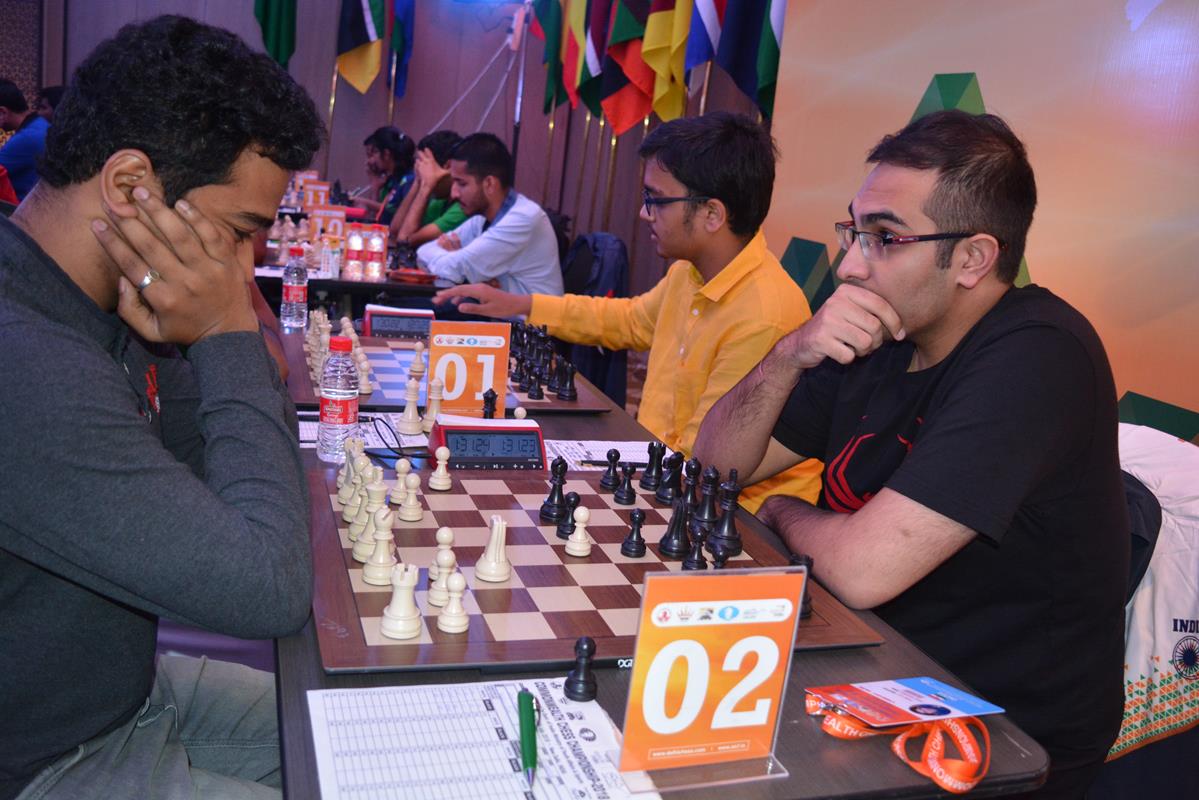 Playing with black pieces in Caro-Kann defence game which lasted 73 moves, Vaibhav signed the peace treaty with top seed Deep Sengupta to take his tally to six points while S Nitin set aside his sixth round debacle against Vaibhav to beat national sub junior champion Sankalp Gupta in 49 moves arrived out of French defence game. 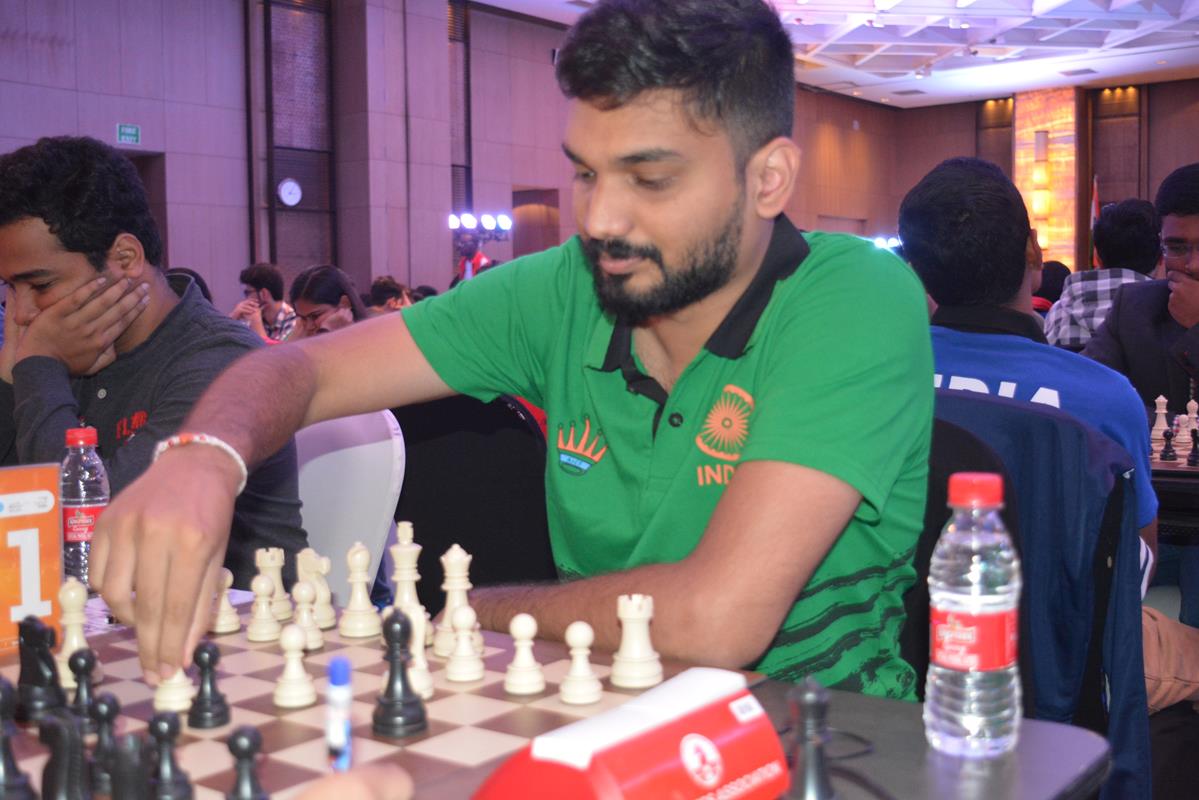 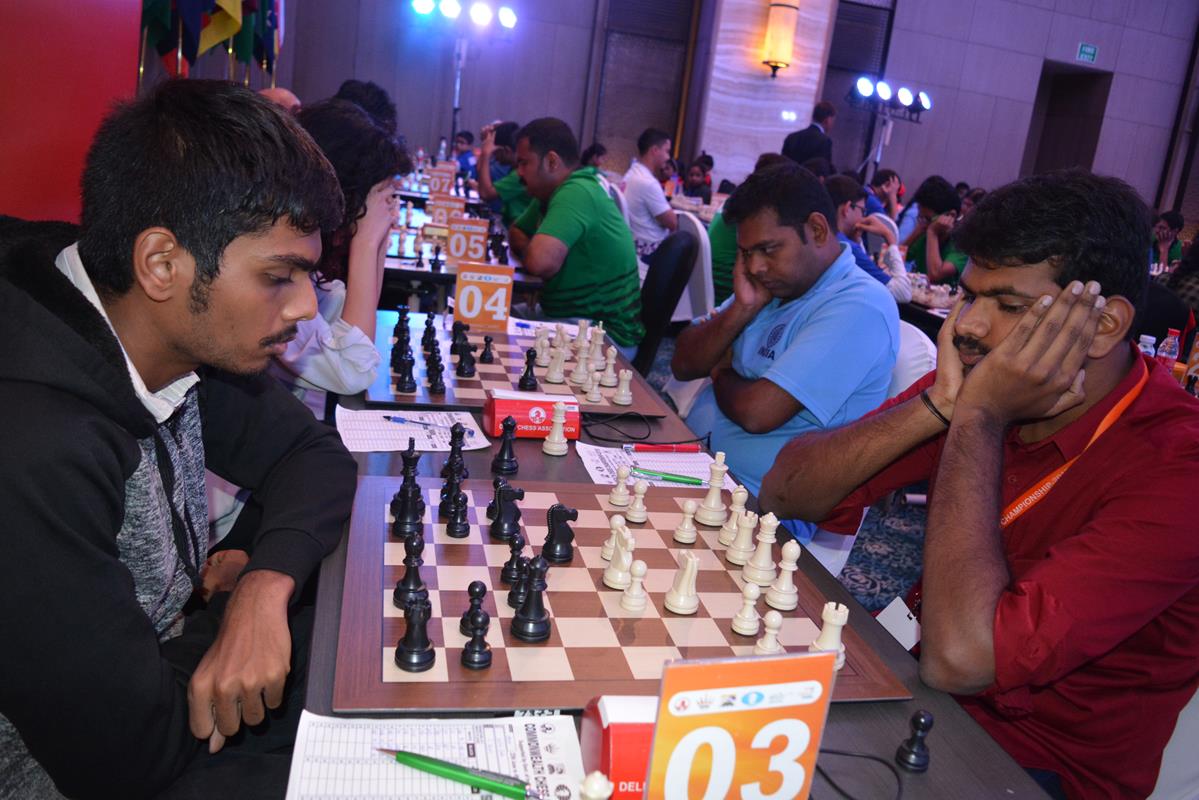 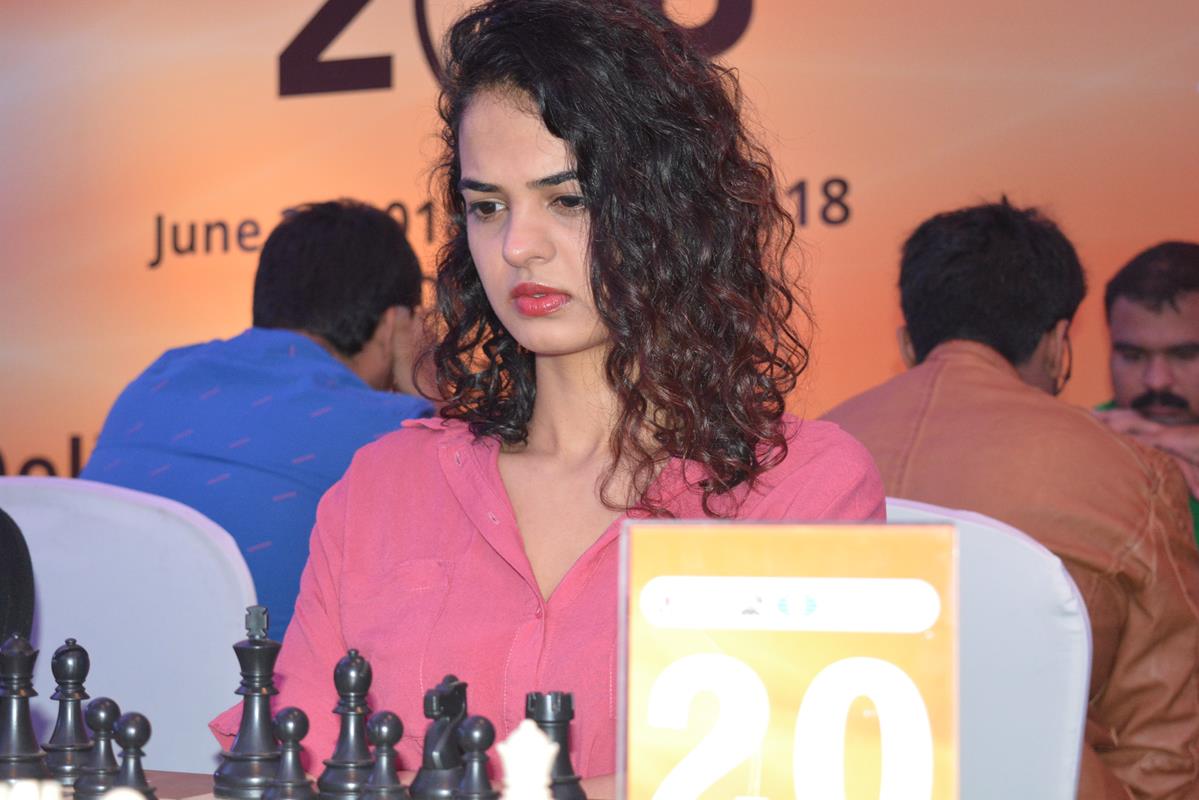 In the women’s section that is part of the main event, Tania Sachdev now leads the tables with another fighting performance. The Delhi based took her tally to a very impressive 5 points following a draw with Grandmaster Deepan Chakkravarthy.

Earlier in the sixth round, Vaibhav Suri halted the dream run of International Master S Nitin who maintained a clean slate till then. Akash got better off Grandmaster Debashis Das and Sankalp Gupta defeated higher seeded Karthik Venkataraman.

Meanwhile in the age categories were 14 Gold medals are at stake, India is dominating the proceedings for rich medal haul with just two rounds remaining in all categories.